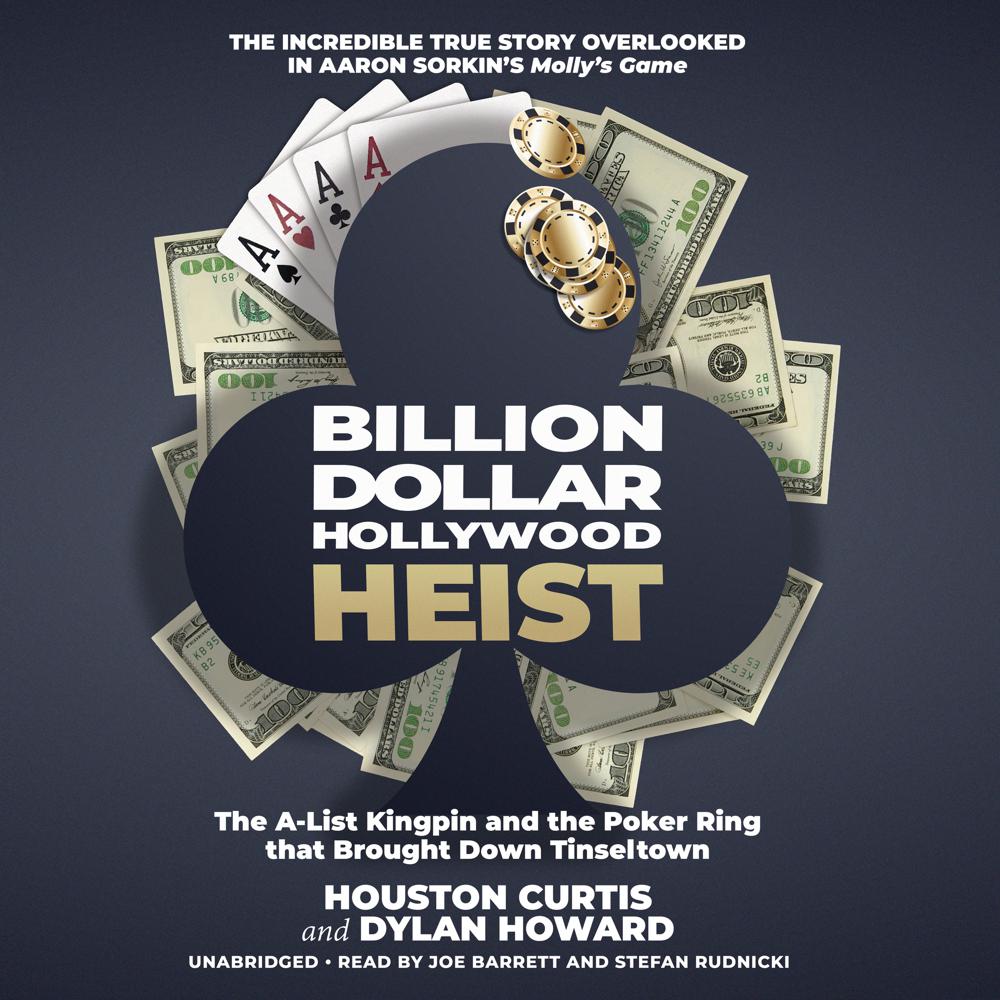 “Right out of the gate, the entire game was designed to empty the pockets of those rich, celeb-loving LA suckers.”—Houston Curtis

What do these people have in common? Not just fame and fortune; all these men are also alumni of the ultra-exclusive, high-stakes poker ring that inspired Aaron Sorkin’s Oscar-nominated film, Molly’s Game.

But Houston Curtis, the card shark who cofounded the game with Tobey Maguire, knows that Sorkin’s is the whitewashed version. In Billion Dollar Hollywood Heist, Curtis goes all-in, revealing the true story behind the game. From its origins with Maguire to staking DiCaprio’s first game, installing Molly Bloom, avoiding the hookers and blow down the hall, and weathering the FBI investigation that left Curtis with a lien on his house—this is the no-holds-barred account of the world’s most exclusive Texas hold ’em game from the man who started it—with all the names and salacious details that Molly’s Game left out.

With the insider appeal of Rounders, more A-listers than Ocean’s 11, and the excitement of The Sting, Billion Dollar Hollywood Heist is the untold, insider’s story that makes Molly’s Game look tame.

“Dylan Howard is the rare combination of cutting-edge journalist, true crime commentator, and relentless investigator. Howard passionately brings comprehensive and groundbreaking analysis to the most compelling mysteries of our time.”

“The king of Hollywood scoops.”

“Curtis and [Tobey] Maguire pulled off the most incredible hustle in the history of high stakes Hollywood poker.”

“An experience that very few people in the world ever get to have.”