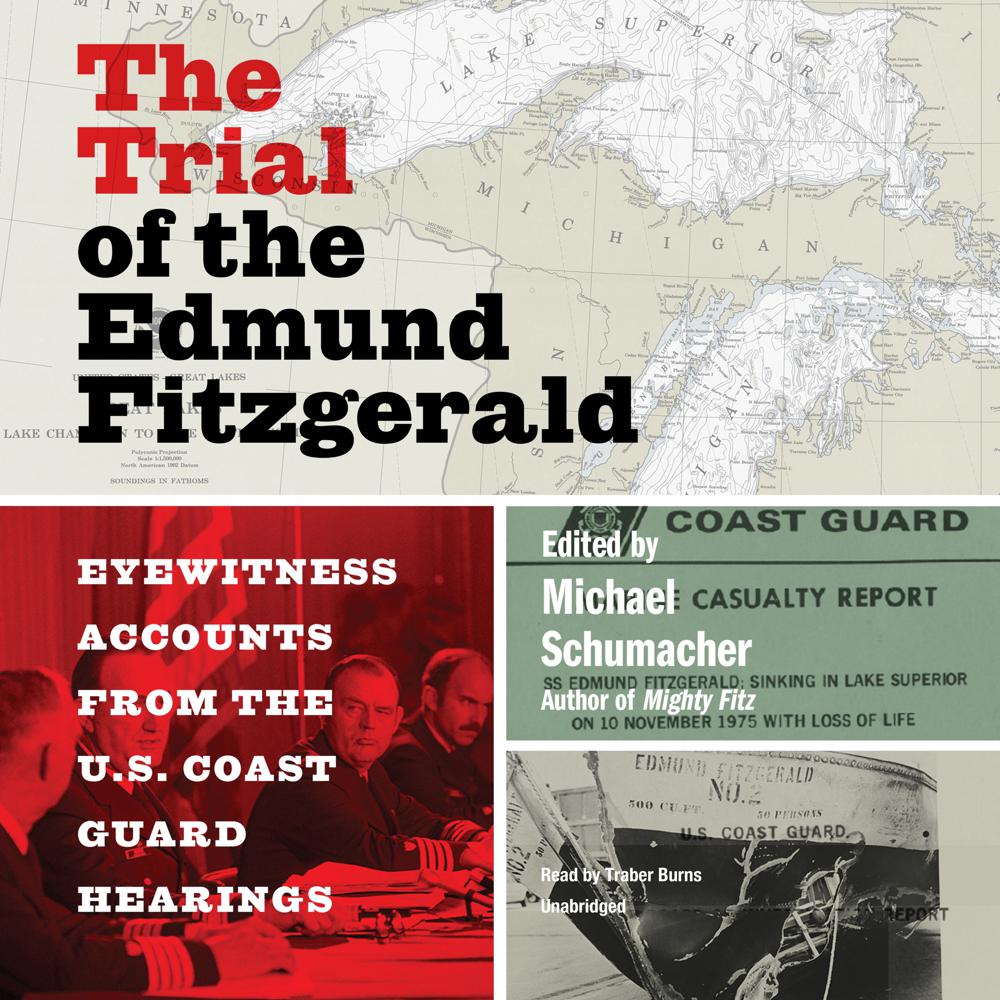 A documentary drawn from testimony at the Coast Guard’s official inquiry looks anew at one of the most storied, and mysterious, shipwrecks in American history

The sinking of the Edmund Fitzgerald is one of the most famous shipwreck stories in Great Lakes history. It is also one of maritime lore’s great mysteries, the details of its disappearance as obscure now as on that fateful November day in 1975. The investigation into the wreck, resulting in a controversial final report, generated more than three thousand pages of documentation, a mere fraction of which has been made available to the public. In The Trial of the Edmund Fitzgerald, Michael Schumacher mines this rich resource to produce the first-ever documentary account, a companion to his popular narrative Mighty Fitz: The Sinking of the Edmund Fitzgerald.

In the words of search and rescue personnel, ship designers and inspectors, scientists and naval engineers, former crewmen of the Fitz and the Arthur M. Anderson (the nearby ore carrier that captured the damaged vessel’s last communications), The Trial of the Edmund Fitzgerald recreates the doomed ore boat’s final minutes, the suspense of the search and rescue operations, and the drama of the subsequent Coast Guard inquiry. From the Anderson’s captain and first mate we hear reports of the Fitzgerald taking on water in the fierce storm near Michipicoten and Caribou Islands, losing its radar, and stating, finally, famously, “We are holding our own.” We follow the investigation, the speculation, and expert testimony to a problematic conclusion—countered by an alternate theory that the Anderson’s captain maintained to his dying day.

By declaring the Edmund Fitzgerald an official gravesite, Canada closed the wreck to further exploration. But here the exploration continues, providing a unique, and uniquely enlightening, perspective on this unforgettable episode in America’s maritime history.﻿

“If you think you have read everything there is that’s worth reading on the Fitzgerald, think again. Once you start reading, it will be hard to put down.”

“Thanks to The Trial of the Edmund Fitzgerald, readers are privy to the thoughts of crew members of other ships, not to mention ship designers, inspectors, naval engineers and search & rescue personnel, all of whom provided their perspective to investigators in the wake of the accident.”