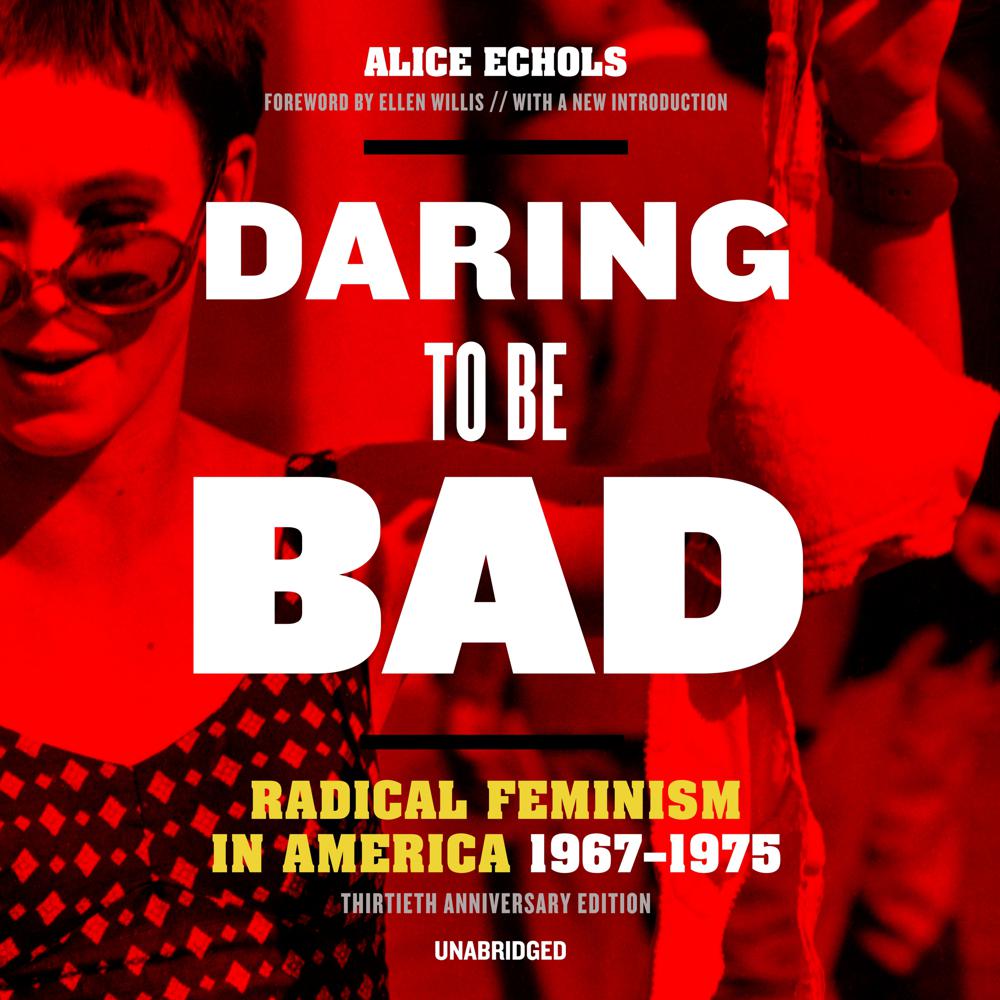 A fascinating chronicle of radical feminism’s rise and fall from the mid-60s to the mid-70s, Daring to Be Bad is a must-listen for both students of gender history and activists of intersectionality. This thirtieth anniversary edition reveals how current debates about race, transgender rights, queer theory, and sexuality echo issues that galvanized and divided feminists fifty years ago.

“To learn more about the rise and fall of radical feminism, I highly recommend Alice Echols’s Daring to Be Bad, a detailed and vivid account of the movement’s history.”

“Many younger feminists have a fairly negative stereotype of radical feminism: that it was an exclusively white and middle-class movement that promoted gender essentialism, ‘woman’s energy,’ separatism transphobia, and banning pornography … No book shattered that stereotype for me more than Daring to Be Bad.”

“Thirty years after its publication, Daring to Be Bad feels more essential than ever. Alice Echols captures the heady vision of radical feminism and documents the wrenching challenges the movement confronted, not least within its own ranks. Both rigorous and generous, Daring to Be Bad offers vital lessons to students of the revolutionary past and to aspirants for a feminist future.”