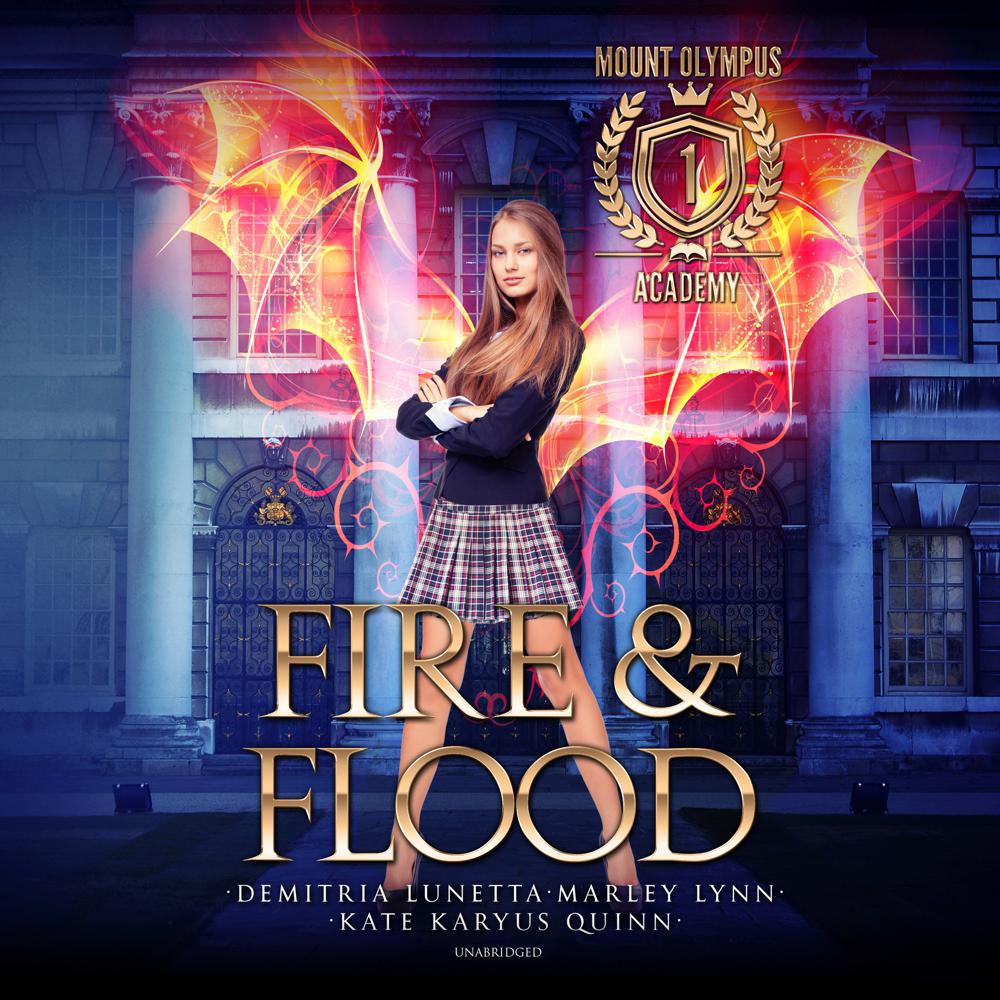 Revenge. That’s why I decided to join the assassination class at Mount Olympus Academy. A monster killed my father and grandmother—and I’m going to make them pay.

But first I have to learn how.

I’m Edie. Once I was just a normal girl with asthma and a bad back. Now, though, I’m at a school taught by Greek gods. My classmates are vampires, witches, and shifters. We’re all training to fight in the war between the gods and monsters.

There’s also … Val. He’s a vampire, but he’s different from the others. Plus, he’s got secrets too.

I get secrets. The wings that sprout from my back were hidden from me my entire life. I also sometimes breathe fire. But no one—including me—can figure out what I fully shift into. Honestly … a part of me doesn’t want to know.

But if I’m going to avenge my family, I need to figure it out before I flunk out.

Fire & Flood is a young adult magic academy fantasy novel with nonstop action. It contains a spunky heroine, one best friend with the gift of sight … to see tomorrow’s lunch menu, a mean-girl vampire roommate with a carnivorous plant, and a meet-cute with her roommate’s hot twin brother that almost kills them both.