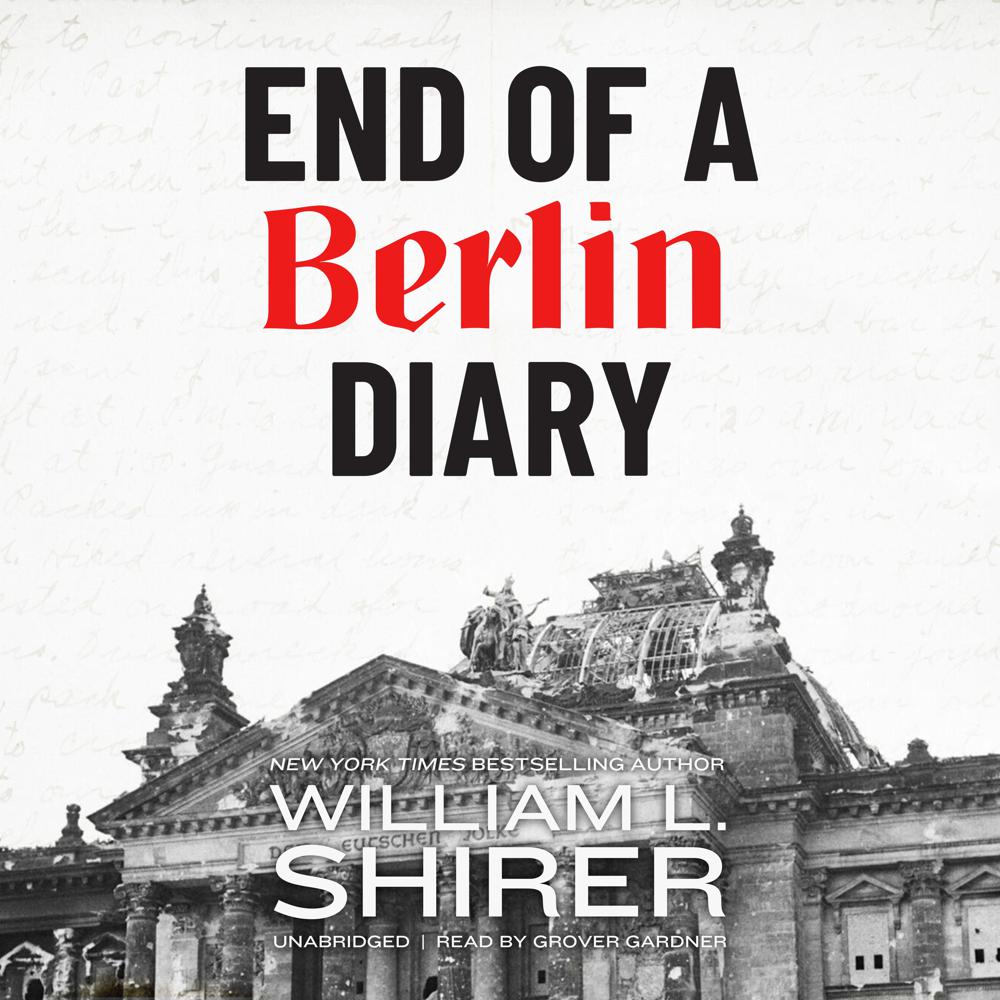 A radio broadcaster and journalist for Edward R. Murrow at CBS, William L. Shirer was new to the world of broadcast journalism when he began keeping a diary while on assignment in Europe during the 1930s. It was in 1940, when he was still virtually unknown, that Shirer wondered whether his eyewitness account of the collapse of the world around Nazi Germany could be of any interest or value as a book.

Shirer’s Berlin Diary, which is considered the first full record of what was happening in Germany during the rise of the Third Reich, appeared in 1941. The book was an instant success—and would not be the last of his expert observations on Europe.

Shirer returned to the European front in 1944 to cover the end of the war. As the smoke cleared, Shirer—who watched the birth of a monster that threatened to engulf the world—now stood witness to the death of the Third Reich.

End of a Berlin Diary chronicles this year-long study of Germany after Hitler. Through a combination of Shirer’s lucid, honest reporting, along with passages on the Nuremberg trials, copies of captured Nazi documents, and an eyewitness account of Hitler’s last days, Shirer provides insight into the unrest, the weariness, and the tentative steps world leaders took towards peace.

“A vivid and unforgettable word picture of the destruction of Nazi Germany.”