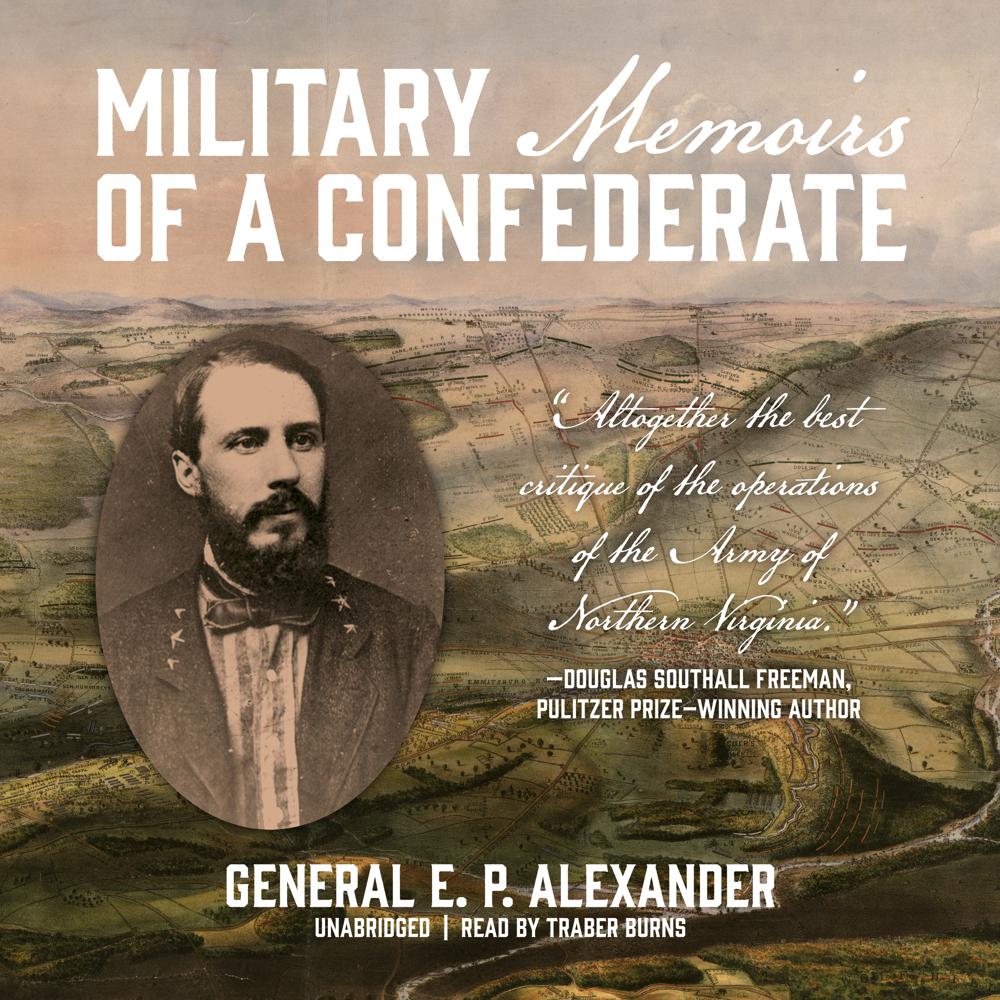 Unlike some other Confederate memoirists, General Edward Porter Alexander objectively evaluated and criticized prominent Confederate officers, including Robert E. Lee. The result is a clear-eyed assessment of the bloody conflict that divided but subsequently united the nation.

The memoir starts with Alexander heading to Utah to suppress the hostility of Mormons who had refused to establish a municipal government approved by President Buchanan. Only a few years later, Alexander found himself on the opposite side of a much larger rebellion of Confederates wanting to secede from the Union. In the years that follow, he is involved in most major battles including Manassas, Antietam, Chancellorsville, Gettysburg, and Chickamauga. Alexander describes each battle and battlefield with a keen eye for detail. Few wartime narratives offer such insight and critical perspective as Alexander’s memoir.

“Altogether the best critique of the operations of the Army of Northern Virginia.”

“As Alexander drew lessons from the battles, so a lesson can be drawn from his book—that the finest military history may be written by a soldier who is also a scholar.”