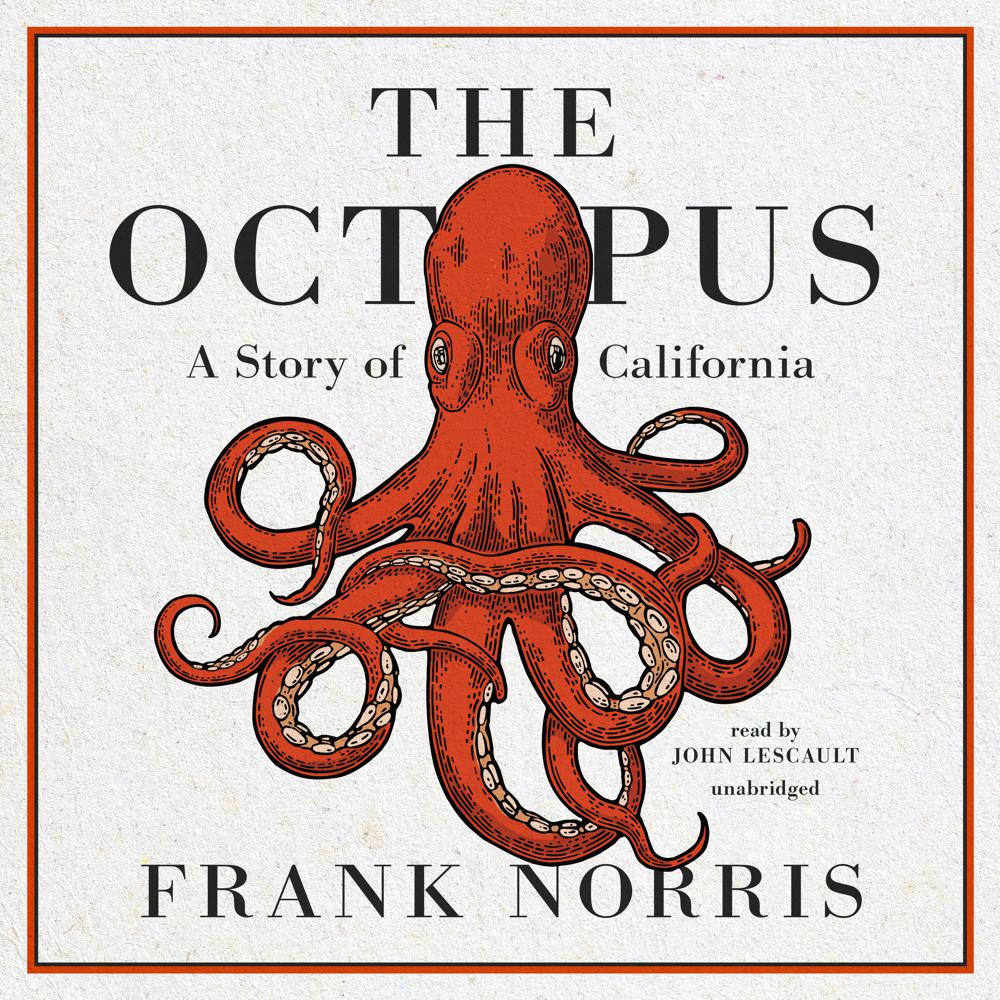 Like the tentacles of an octopus, the railroad in California reached out across the state, grasping everything of value in the state. Based on the bloody Mussel Slough Tragedy—a conflict between wheat farmers and the Southern Pacific Railroad—The Octopus is a stunning novel chronicling the twilight of the frontier West, a depiction of the tensions between the railroad, the ranchers, and the ranchers’ League. The book emphasizes the control of “forces”—such as the power of railroad monopolies—over individuals. No one was truly innocent, as the farmers employed the same if not similar tactics as the monopolistic railroad companies, such as subversion, coercion, and violence.