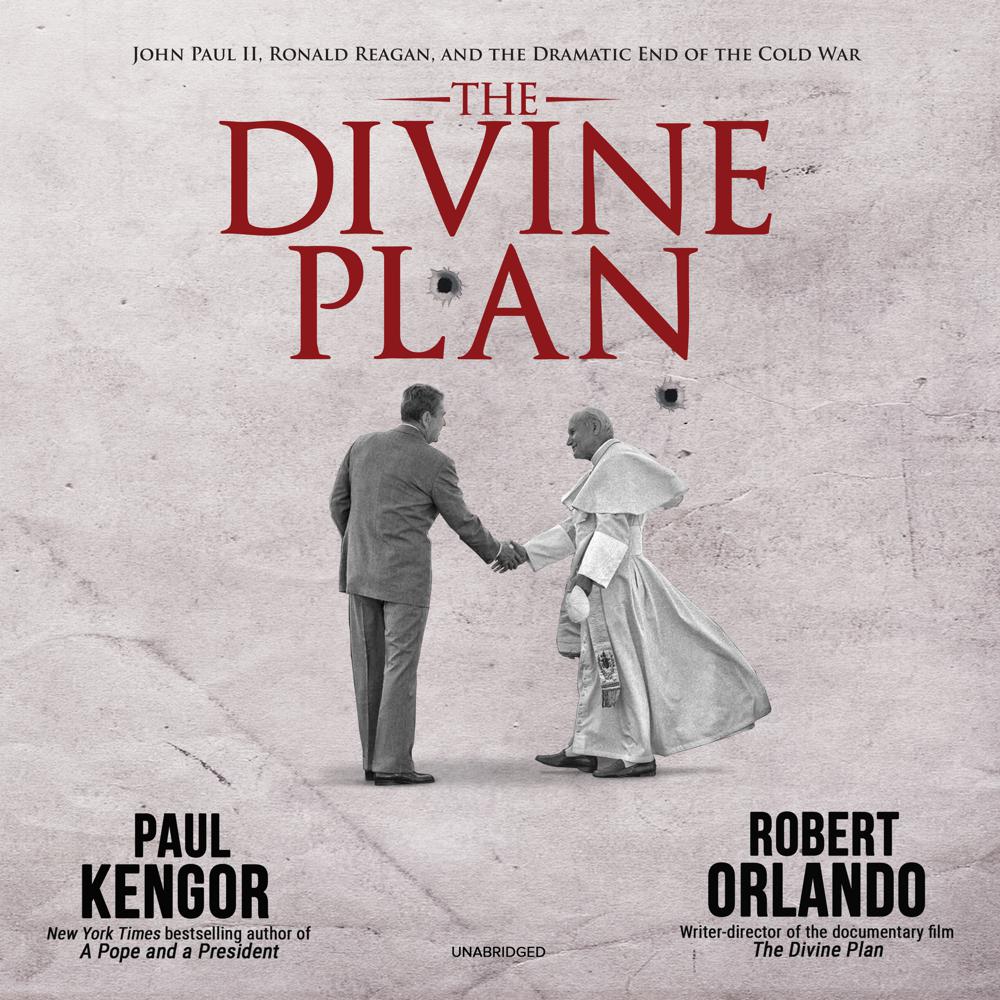 Few realized at the time how close both men came to dying.

Surviving these near-death experiences created a singular bond between the pope and the president that ­historians have failed to appreciate.

When John Paul II and Reagan met only a year later, they confided to each other a shared conviction: that God had spared their lives for a ­reason. That reason? To defeat Communism. In private, Reagan had a name for this: “The DP”—the Divine Plan.

It has become fashionable to see the collapse of the Soviet empire as inevitable. Hardly.

In this riveting book, bestselling author Paul Kengor and writer-­director Robert Orlando show what it took to end the Cold War: leaders who refused to accept that hundreds of ­millions must suffer under totalitarian ­Communism.

And no leaders proved more important than the pope and the president.

Two men who seemed to have little in common developed an extraordinary bond—including a spiritual bond between the Catholic pope and Protestant president. And their shared core convictions drove them to confront Communism.

You can’t understand Pope John Paul II and President Ronald Reagan—or how the Cold War came to such a swift and peaceful end—without understanding how much faith they put in the Divine Plan.

“No Reagan biographer or scholar knows Ronald Reagan and conservatism like Paul Kengor.”

“Excellent…Dr. Kengor’s book is extraordinary in that he is brave enough to trace the importance of religious faith in the story of communism’s downfall…A historical tome that is not only detailed, informative, and educational, but also inspiring and encouraging.”