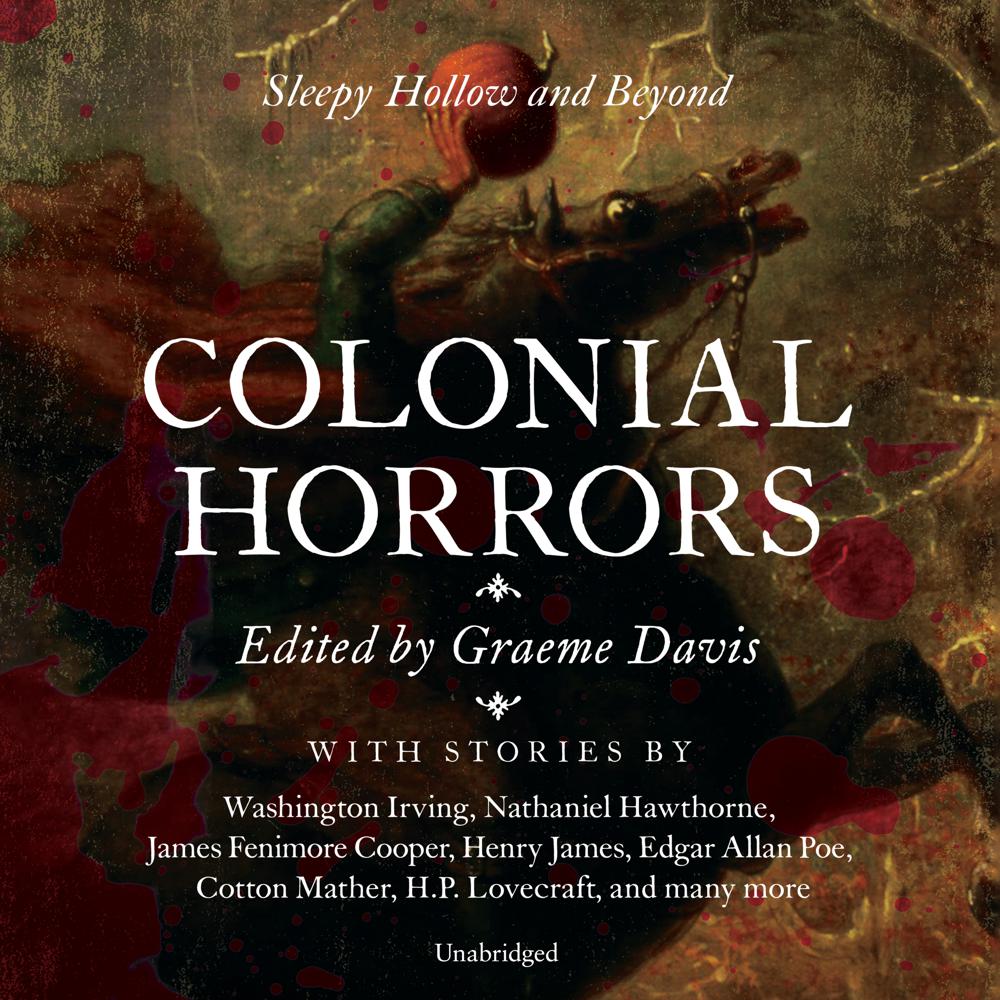 This stunning anthology of classic colonial suspense fiction plunges deep into the native soil from which American horror literature first sprang. While European writers of the Gothic and bizarre evoked ruined castles and crumbling abbeys, their American counterparts looked back to the colonial era’s stifling religion, and its dark and threatening woods.

Today the best-known tale of colonial horror is Washington Irving’s The Legend of Sleepy Hollow, although Irving’s story is probably best known today from various movie versions it has inspired. Colonial horror tales of other prominent American authors—Nathaniel Hawthorne and James Fenimore Cooper among them—are overshadowed by their bestsellers, and are difficult to find in modern libraries. Many other pioneers of American horror fiction are presented afresh in this breathtaking volume for today’s public readers.

Some will have heard the names of Increase and Cotton Mather in association with the Salem witch trials, but will not have sought out their contemporary accounts of what were viewed as supernatural events. By bringing these writers to the attention of the contemporary readers, this collection will help bring their names—and their work—back from the dead.

“Rather than the gothic castles of Europe, these feature witch trials, and dark and foreboding forests. The colonial period was truly the birthplace of American horror, as these stories point out.”

“For lovers of American literature and horror fiction fans, this important anthology reveals how the religious beliefs, historical events, and folktales of the colonial period influenced the writerly imaginations that led to the evolution of the modern horror genre.”

“A well-curated collection of creepy, spooky, and downright weird pieces by a core group of American authors. As the nights grow cooler and the shadows longer, stoke the fire and curl up with this excellent example of true American horror.”