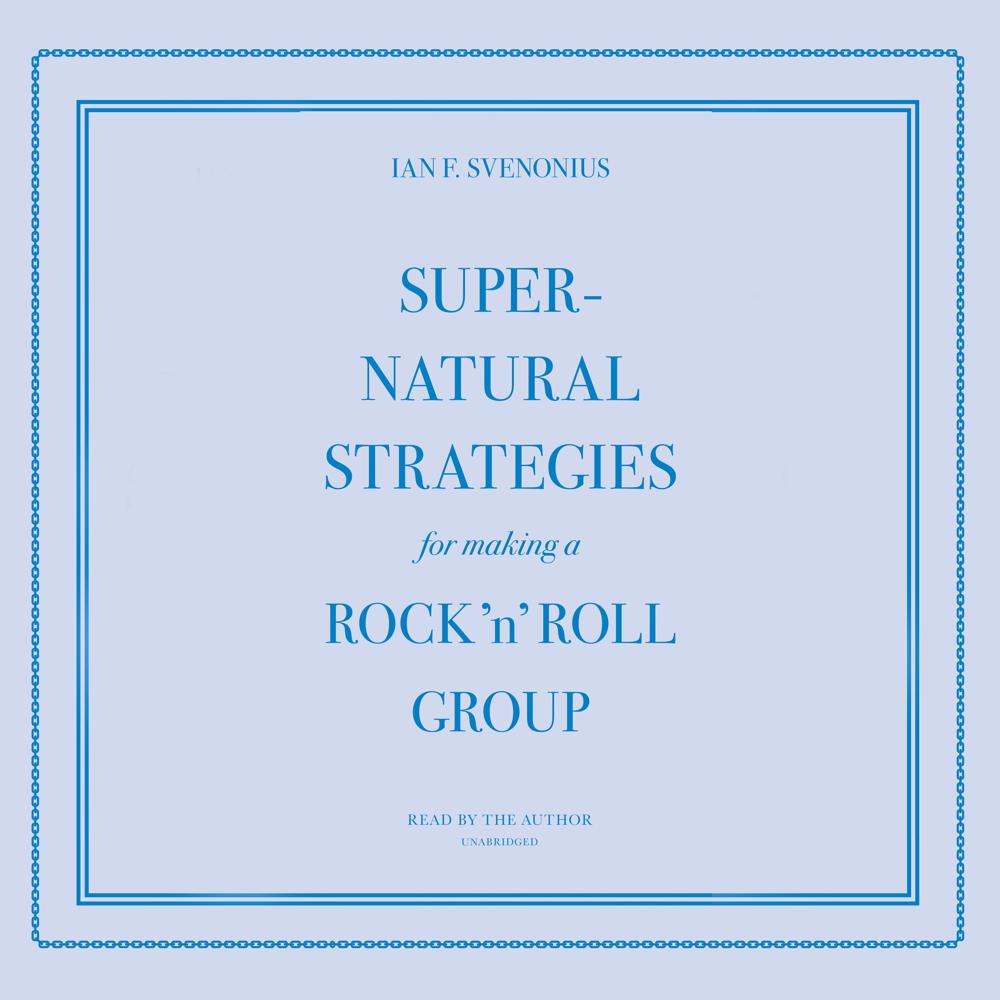 Ian F. Svenonius’s experience as an iconic underground rock musician—playing in such highly influential and revolutionary outfits as the Make-Up and the Nation of Ulysses—gives him special insight on techniques for not only starting but also surviving a rock ‘n’ roll group. Therefore, he’s written an instructional guide, which doubles as a warning device, a philosophical text, an exercise in terror, and an aerobics manual.

This volume features essays on everything the would-be star should know to get started, such as sex, drugs, sound, group photo, the van, and manufacturing nostalgia. Supernatural Strategies will serve as an indispensable guide for a new generation just aching to boogie.

“Prescriptive how-to advice ranges over a wide number of subjects…and can be seen both as skewering the cultural idolatry associated with rock and as genuine counsel.”

“Svenonius has the spirit of a long-gone punk past, but his book has more to tell us about rock’s here-and-now than about its hereafter. Neither bourgeois nor prestigious, Supernatural Strategies may be the rare book by a rock musician to retain any power or threat.”

“Drawing from the wisdom of rock ‘n’ roll’s most famous ghosts, Svenonius’s advice ranges from hilarious to cryptic to surprisingly useful.”

“If ‘write what you know’ is one of authorship’s prime dictates, then Ian F. Svenonius seems uniquely qualified…Svenonius’s contrarian, anti-establishment rhetoric is his greatest gift.”