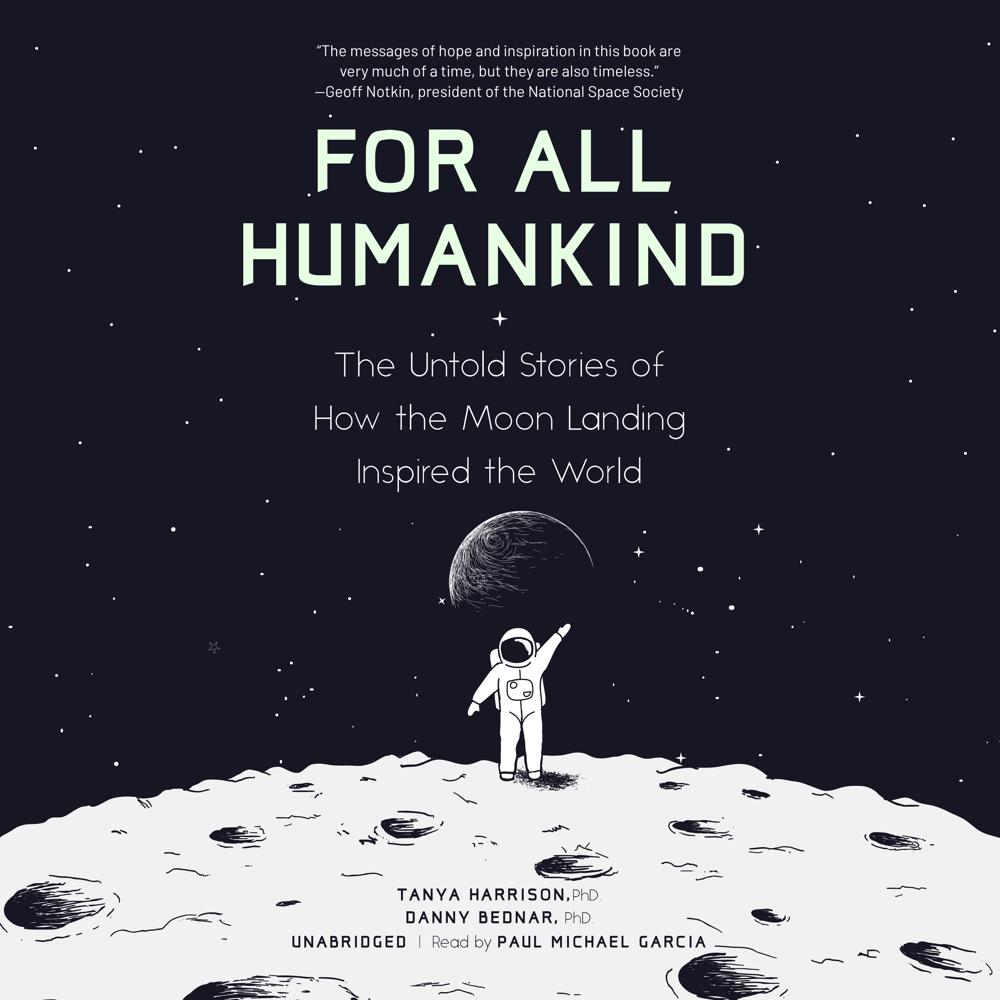 July 20, 1969. Astronauts Neil Armstrong and Edwin “Buzz” Aldrin left humanity’s first footprints on the Moon. The plaque they left behind reads, “Here men from the planet Earth first set foot upon the Moon, July 1969, A.D. We came in peace for all mankind.” But was the Apollo 11 moon landing mission really a global endeavor? How did people outside the United States view these “rocket men”?

Against the political backdrop of the Cold War between the US and the Soviet Union, was it, indeed, “For all mankind”? Dr. Tanya Harrison has talked to individuals from a variety of locations outside the United States, to see how this event touched the lives of people across the world.

The previously untold stories in For All Humankind reveal the impact of the moon landings around the globe, and what having a “man on the moon” meant to the international community. Listeners will

hear interviews with eight non-Americans to get their perspectives,be inspired by their memories of the event as they saw it, and have a unique opportunity to learn more about one of the most historic events in human history.

If you liked A Man on the Moon, Rocket Men, and First Man, you will love this insightful book.

“Harrison and Bednar’s rich narrative serves to make the moon landing an inclusive event in human history. Told through a diverse set of characters from every continent, they deftly explores the intersectional impact of humankind’s biggest step.”

“The messages of hope and inspiration in this book are very much of a time, but they are also timeless. Maybe they speak to the ability humans have to overcome seemingly impossible challenges…but apparently only when we feel like it. As we stand at the new crossroads of space exploration and look forward, perhaps we should glance backward, too, and remember from whence we came. Because Apollo set the bar high. Very, very high.”