Victory for the Vote
Doris Weatherford 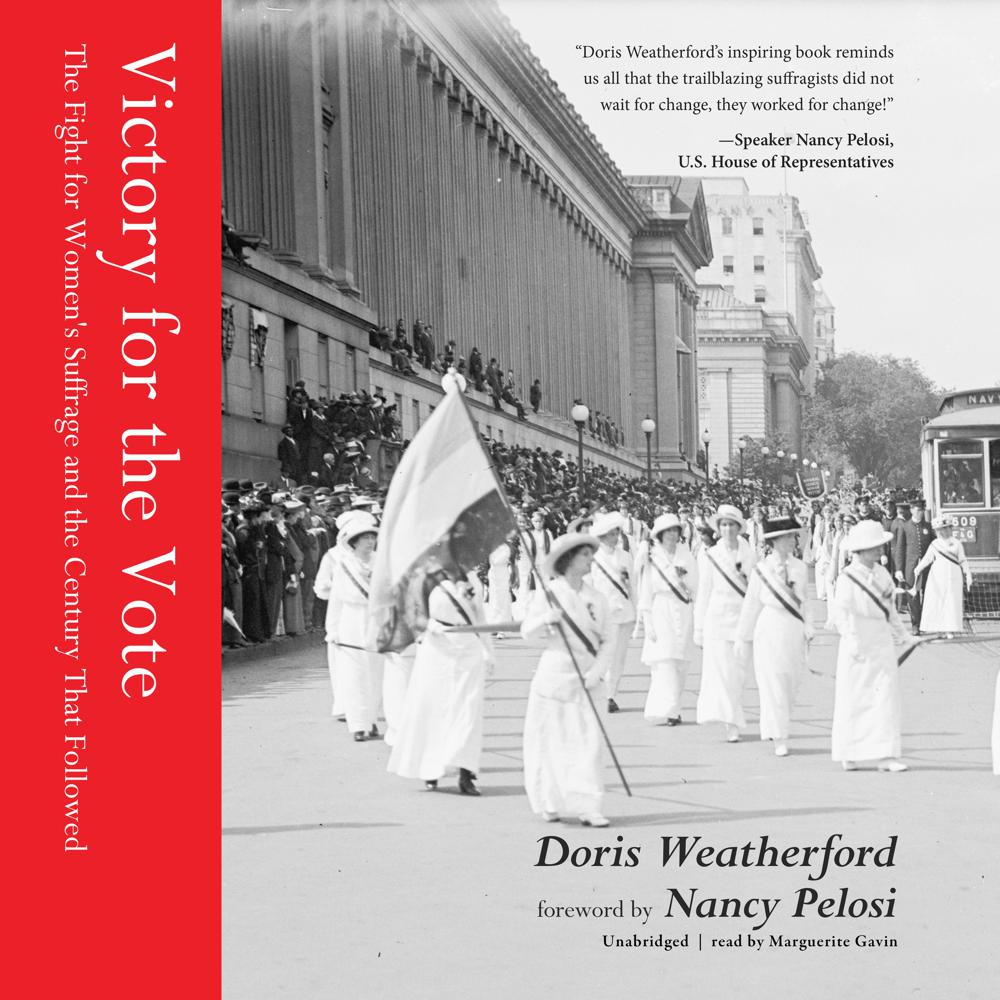 An inspirational gift for women

In her book Victory for the Vote, women’s history expert Doris Weatherford offers an engaging and detailed narrative history of women’s seven-decade fight for the vote, and the continuing current-day struggle for human rights and equality.

Foreword by Speaker of the House Nancy Pelosi

Victory for the Vote puts the fight for suffrage into contemporary context by discussing key challenges for women in the decades that followed 1920, such as reproductive rights, the Equal Rights Amendment, and political power.

Victory for the Vote is an expansion and update of Doris Weatherford’s A History of the American Suffragist Movement, published in 1998 in honor of the 150th anniversary of the 1848 Seneca Falls Convention, considered to be the beginning of the women’s rights movement in the United States.

Listen to Doris Weatherford’s Victory for the Vote and

take pride in the struggles and accomplishments of strong women,understand and appreciate the Women’s Suffrage Movement and the Nineteenth Amendment, andcelebrate feminism and recognize the challenges that still remain on the road to human rights for all.

If you enjoyed books such as Maya Angelou’s I Know Why the Caged Bird Sings, The Woman’s Hour, Rad Women Worldwide, Warriors Don’t Cry, or The Book of Awesome Women, you will want to listen to and be inspired by Victory for the Vote.

“Weatherford’s book traces the philosophical roots of the Seneca Falls convention to the seventeenth century and women who defied the dominant religious leadership in the nascent American colonies.”