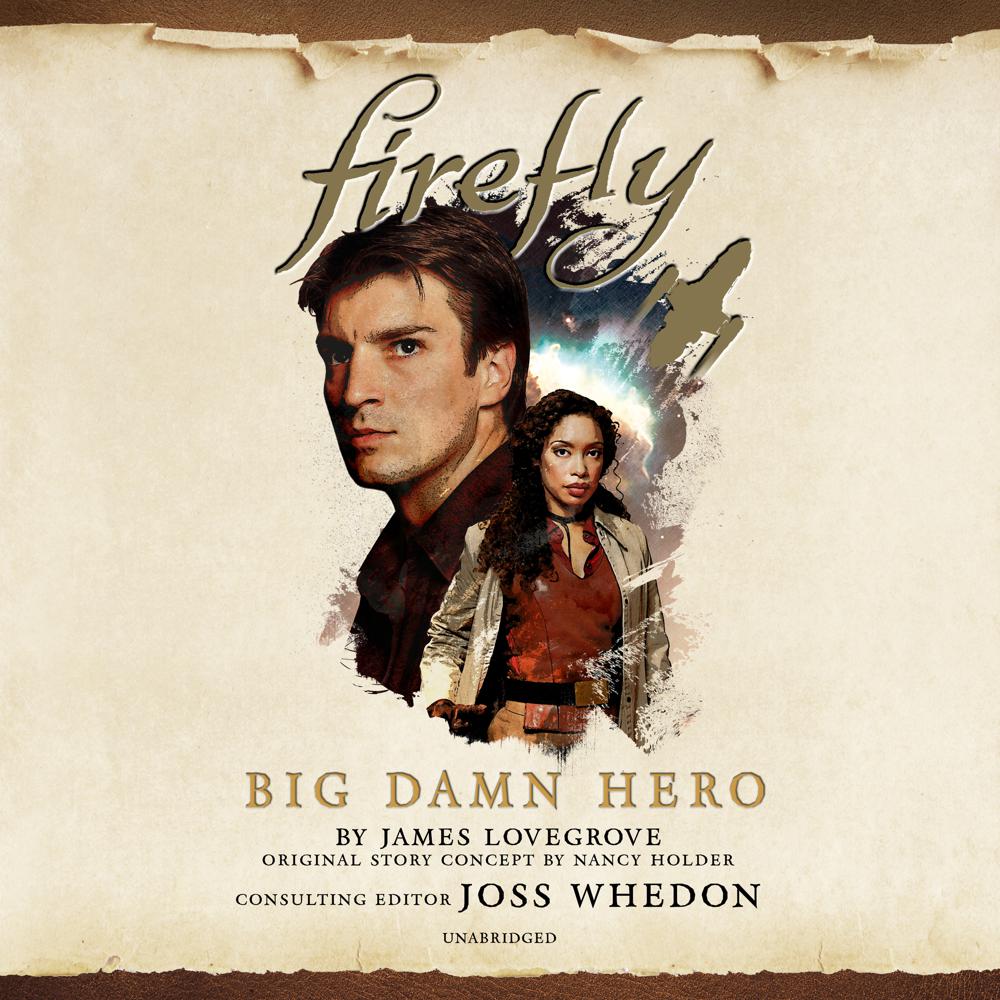 The Battle of Serenity Valley was the turning point that led the Independents to their defeat at the hands of the Alliance. Yet the Browncoats had held the valley for weeks against all odds, before being ordered to lay down their arms. Command stated they refused to send in airpower because the ground war was “too hot.” But the soldiers who were there insist that was not true …

While picking up a new cargo on Persephone, Captain Malcolm Reynolds is kidnapped by a bunch of embittered veteran Browncoats who suspect him of sabotaging the Independents during the war. As the rest of the crew struggle to locate him, Mal is placed on trial for his life, fighting compelling evidence that someone did indeed betray them to the Alliance all those years ago. As old comrades and old rivals crawl out of the woodwork, Mal must prove his innocence, but his captors are desperate and destitute, and will settle for nothing less than the culprit’s blood.

“Big Damn Hero absolutely nails it across the board for me…This Firefly book is a no-brainer buy for fans of the franchise.”