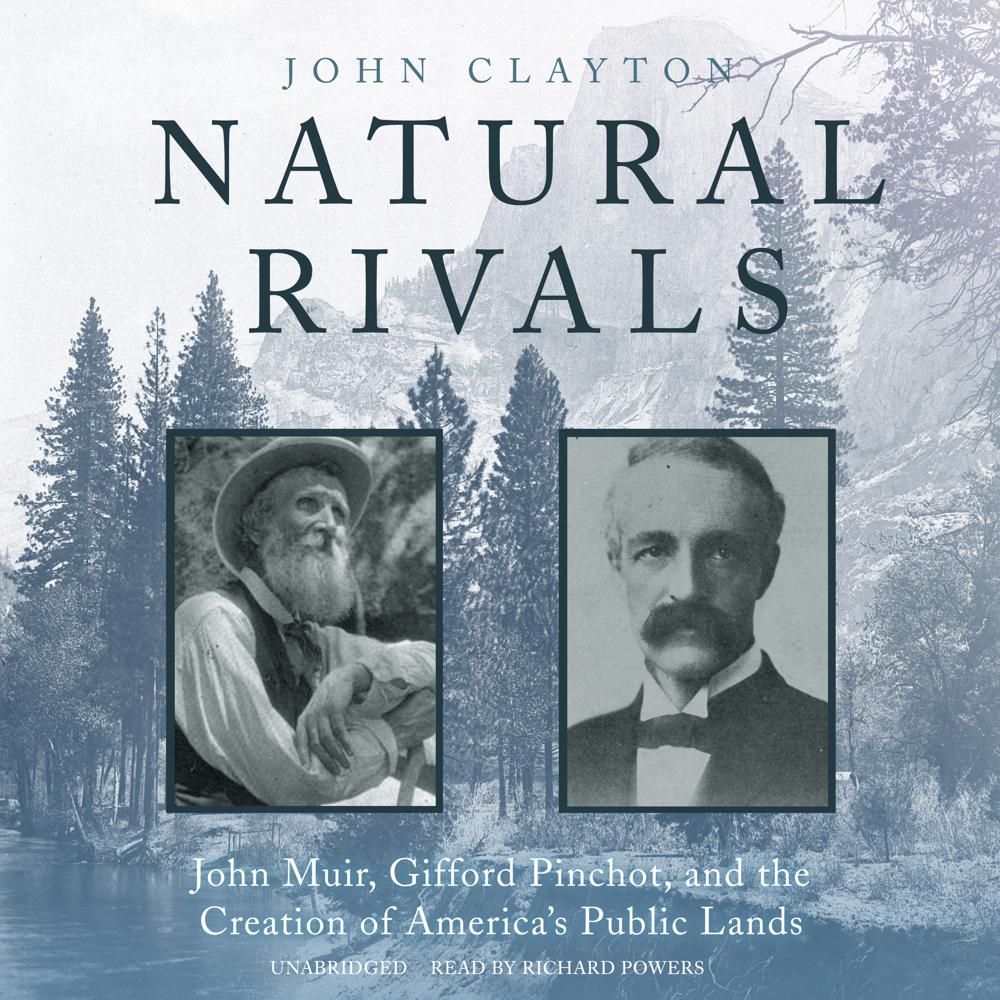 This dynamic examination traces the lives of two of the most influential figures and their dueling approaches on America’s natural landscape.

John Muir, the most famous naturalist in American history, protected Yosemite, cofounded the Sierra Club, and is sometimes called the Father of the National Parks. A poor immigrant, self-taught, individualistic, and skeptical of institutions, he had an idealistic belief in the spiritual benefits of holistic natural systems that led him to a philosophy of preserving wilderness unimpaired.

Gifford Pinchot founded the US Forest Service and advised his friend Theodore Roosevelt on environmental policy. Raised in wealth, educated in privilege, and interested in how institutions and community can overcome failures in individual virtue, Pinchot’s pragmatic belief in professional management led him to a philosophy of sustainably conserving natural resources.

When these rivaling perspectives meet, what happens? For decades, the story of their relationship has been told as a split between the conservation and preservation philosophies, sparked by a proposal to dam a remote Yosemite valley called Hetch Hetchy. But a decade before that argument, Muir and Pinchot camped together alongside Montana’s jewel-like Lake McDonald in what was at the heart of a region not yet consecrated as Glacier National Park.

At stake in 1896 was the new idea that some landscapes should be collectively, permanently owned by a democratic government. Although many people today think of public lands as an American birthright, their very existence was then in doubt and dependent on a merger of the talents of these two men. Natural Rivals examines a time of environmental threat and political dysfunction not unlike our own and reveals the complex dynamic that gave birth to America’s rich public lands legacy.

“Mr. Clayton writes with clarity, passion, and insight. This story is uneasily relevant to today…and may even provide a template for addressing climate change. We need our own John Muir and Gifford Pinchot.”

“In this hybrid biography-history…[Clayton] posits that Muir and Pinchot’s differing approaches, far from causing an irreparable rift, balanced each other out…Readers will share Clayton’s hope that a similar ‘marriage of morality and capability’ can help solve today’s most pressing issues.”

“[In] his timely book…Clayton looks at the issue of public lands through the lens of these two, seemingly like-minded men: prophet vs. statesman, a romantic vs. a practical man, and Muir’s moral authority vs. Pinchot’s tactical genius…Today, Clayton writes, we need a ‘visionary management framework,’ not ‘culture wars.’ A substantial contribution to understanding our environmental past.”