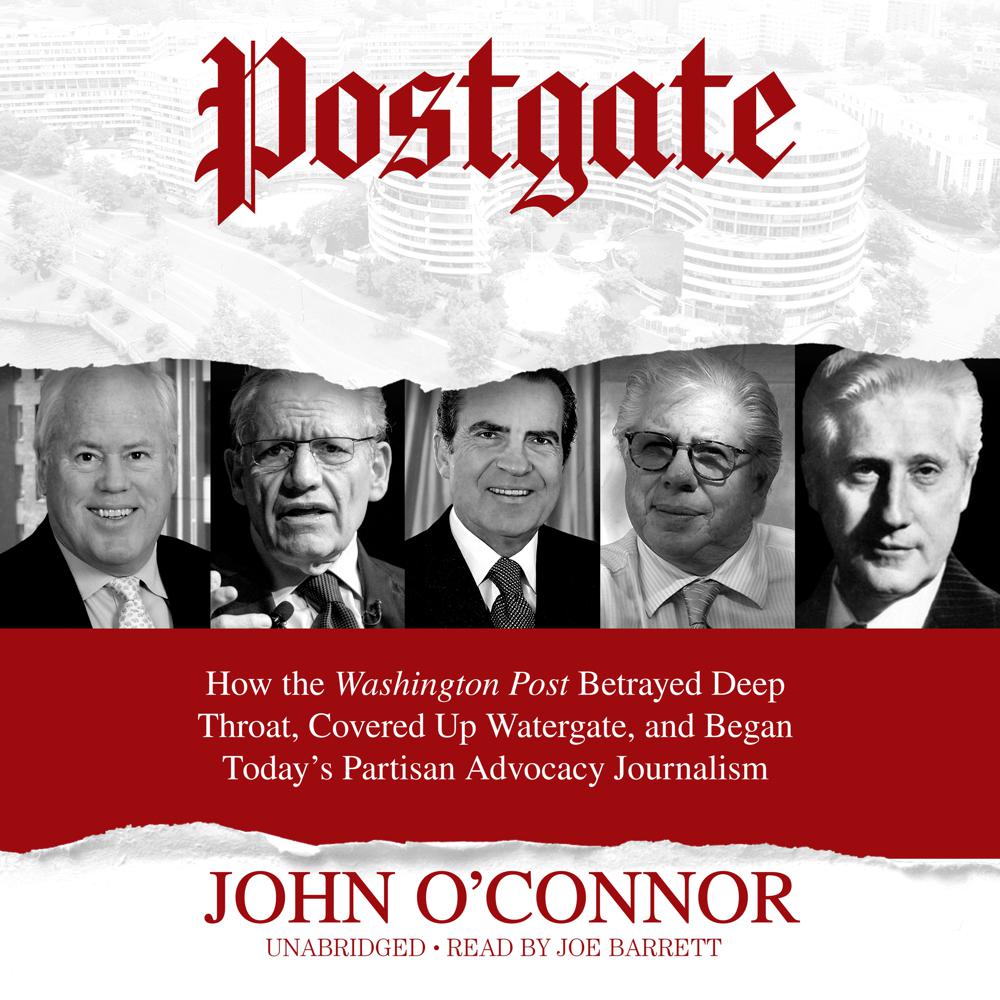 Deep Throat’s lawyer discovers the Washington Post betrayed his client—while covering up the real truth about the Watergate scandal.

The conventional wisdom of Watergate is turned on its head by Postgate, revealing that the Post did not uncover Watergate as much as it covered it up. The Nixon Administration, itself involved in a cover-up, was the victim of a journalistic smoke-screen that prevented mitigation of its criminal guilt. As a result of the paper’s successful misdirection, today’s strikingly deceptive partisan journalism can be laid at the doorstep of the Washington Post.

After Deep Throat’s lawyer, author John O’Connor, discovered that the Post had betrayed his client while covering up the truth about Watergate, his indefatigable research resulted in Postgate, a profoundly shocking tale of journalistic deceit.

In an era when numerous modern media outlets rail about the guilt of their political enemies for speaking untruths, Postgate proves that the media can often credibly be viewed as the party actually guilty of deception. Americans today mistrust the major media more than ever. Postgate will prove that this distrust is richly deserved.

“In Postgate, Mark Felt’s lawyer, John O’Connor, continues his masterful duel with Bob Woodward and the Washington Post. Having previously forced Woodward to name Felt as Deep Throat, O’ Connor now uncovers in Postgate layer upon layer of deceit concealing the true story of Watergate and its journalism. It is a must-read for anyone interested in our country’s most significant scandal.”

“John O’Connor’s Postgate is a welcome new piece of the Watergate puzzle. Part memoir as Deep Throat’s attorney, part deep dive into overlooked aspects of the nation’s greatest political scandal, Postgate is an investigation of the investigators—how the Washington Post crafted its coverage of Watergate, what was included, and what was left out.”

“John O’Connor has done it again. The sleuthing attorney who uncovered the identity of the whistleblower of Watergate, Deep Throat—when every reporter, historian, and would-be detective failed—now sets his sights on the why of Watergate. More than forty-five years after the infamous break-in, pundits and politicians still cannot fathom the purpose of the botched political spy escapade. Building his case as the reader would expect from a brilliant courtroom lawyer, O’Connor takes us through the corridors of Washington power—including the Washington Post, the CIA, the FBI, and the White House—to discover the most probable answer—along with the episode’s real instigators.“