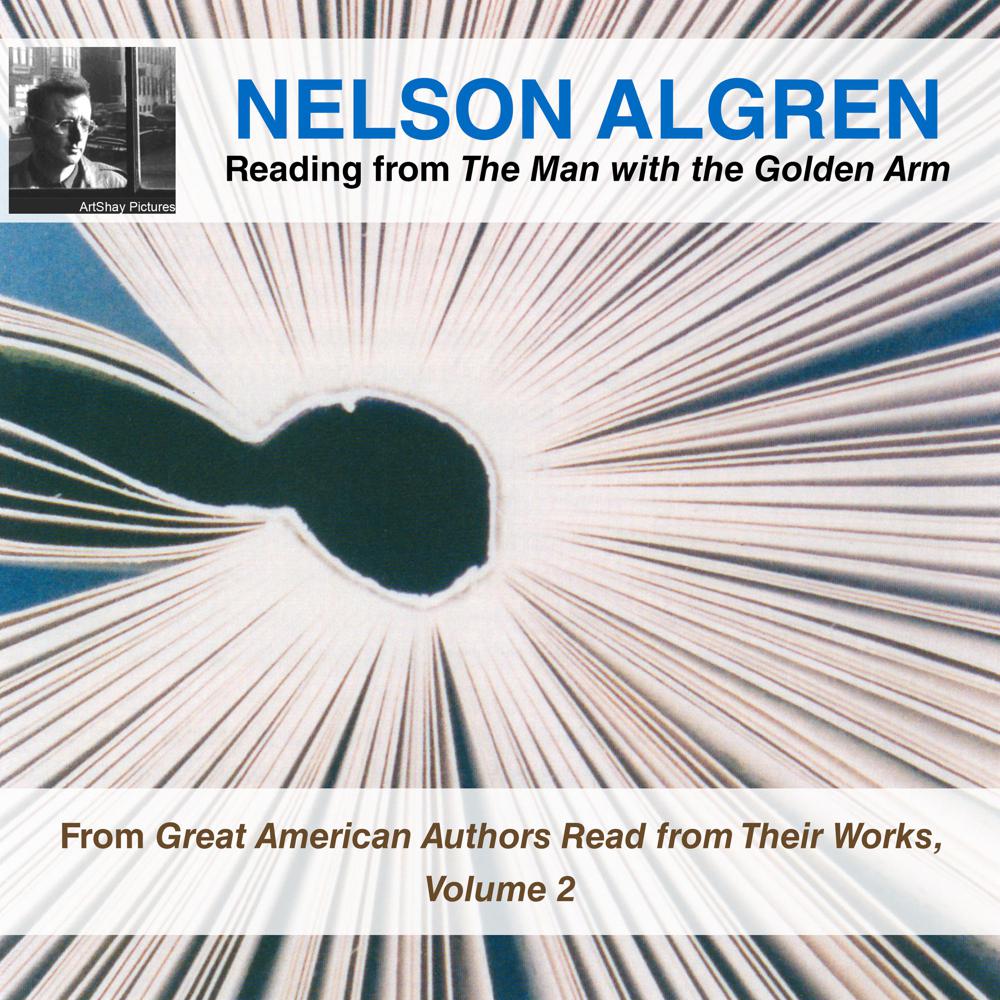 Author Nelson Algren reads from his award-winning novel, The Man with the Golden Arm. The passage tells of Frankie Machine's wife, Sophie, who confined to a wheelchair since a drunk-driving accident caused by Frankie. The narration implies that Sophie's paralysis is psychological in origin, and is unconsciously used to keep Frankie with her. Frankie is in hiding, being sought by the police for murder. Sophie waits anxiously for his return, recalling their early love, and drifting in and out of fantasies that foreshadow the breakdown and mental institution that await her.

Algren planned the reading meticulously, arranging various sections from the novel to form a coherent whole.

“This is a man writing and you should not read it if you cannot take a punch…Mr. Algren can hit with both hands and move around, and he will kill you if you are not awfully careful…Mr. Algren, boy, you are good.”