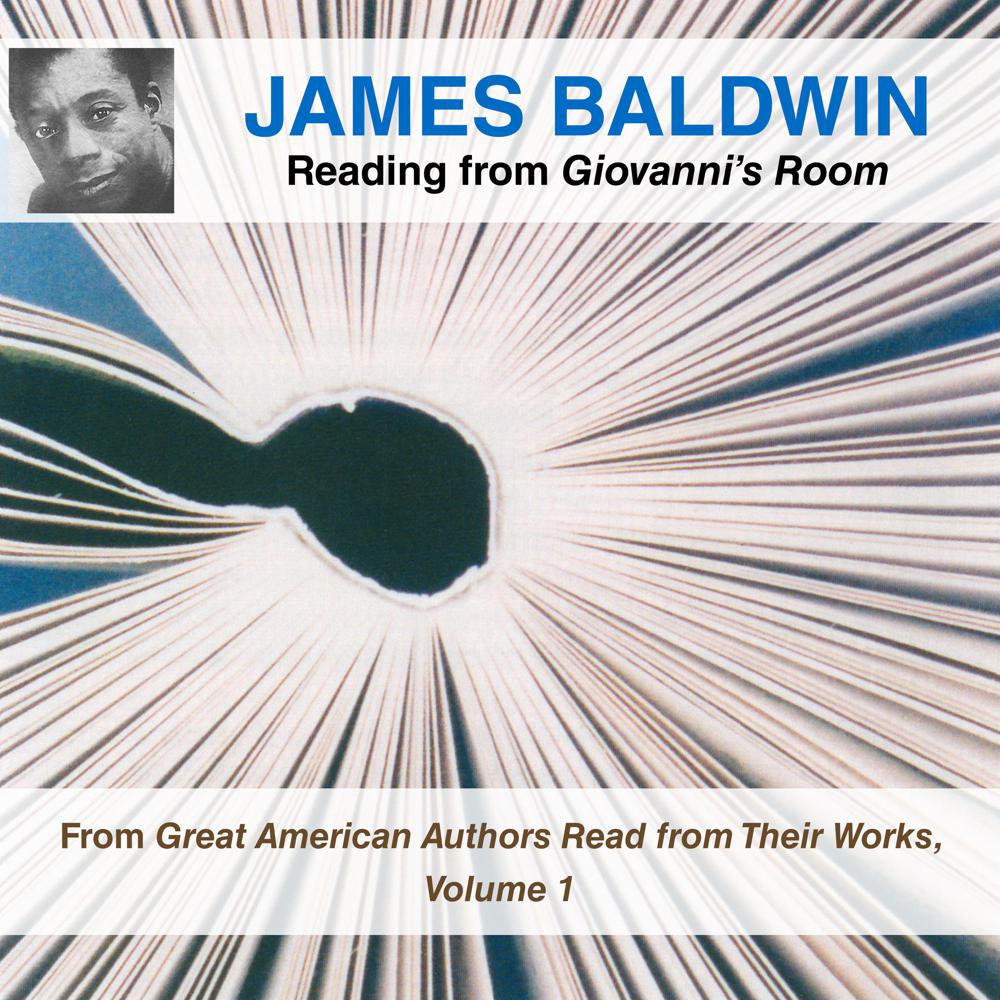 Giovanni's Room, Baldwin's second novel, deals frankly with homosexuality in a manner daring for its time. It depicts a white American struggling to accept his homoerotic desires. David, the protagonist, like Baldwin himself, feels alienated from his native country and moves to Paris in search of a freer life. In the passage Baldwin reads on this recording, David recalls a childhood sexual encounter with another boy—an encounter that left him deeply upset and ambivalent about his manhood.

“[Baldwin] is thought-provoking, tantalizing, irritating, abusing,  and amusing. And he uses words as the sea uses waves, to flow and beat, advance and retreat, rise, and take a bow in disappearing…the thought becomes poetry and the poetry illuminates thought.”

“If Van Gogh was our nineteenth-century artist-saint, James Baldwin is our twentieth-century one.”

“[Baldwin] has become one of the few writers of our time.”

“A young American involved with both a woman and a man…Baldwin writes of these matters with unusual candor and yet with such dignity and intensity.”

“Exciting…a book that belongs in the top rank of fiction.”

“Mr. Baldwin has taken a very special theme and treated it with great artistry and restraint.”