Gospel According to Lazarus
Richard Zimler 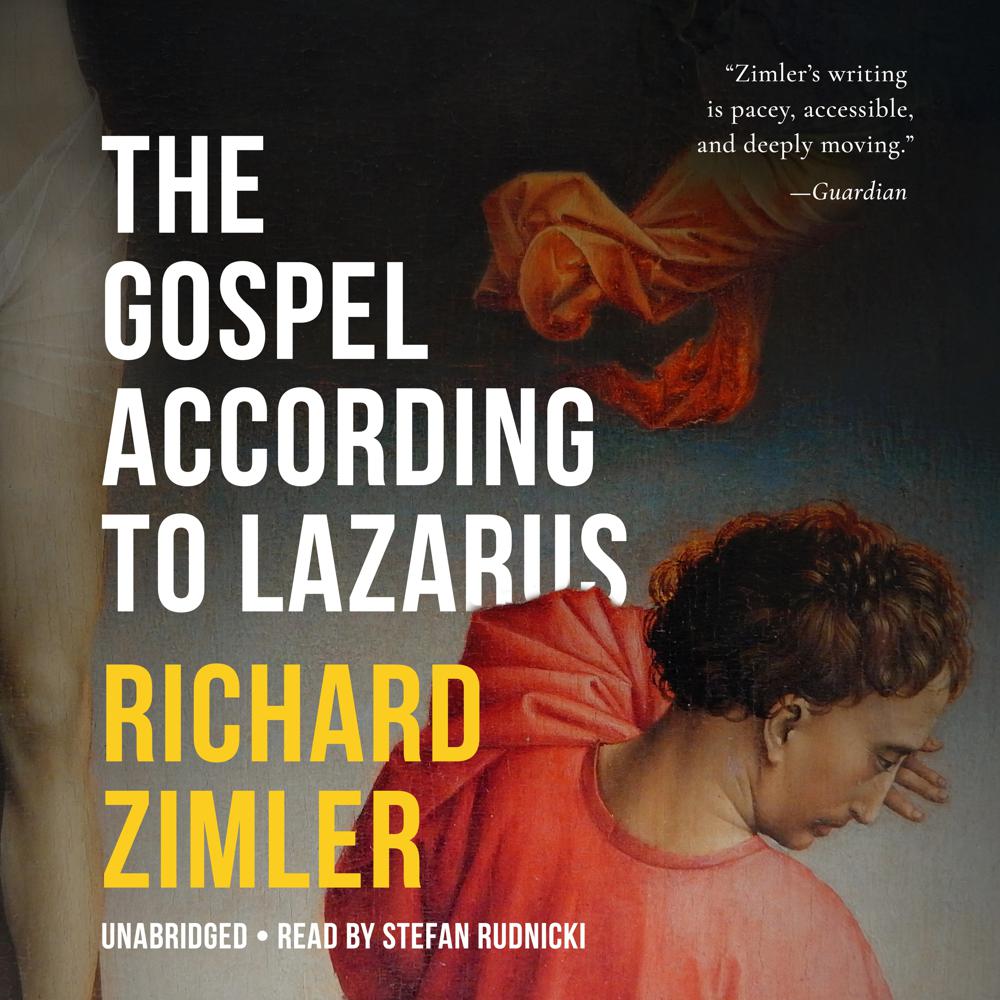 From the internationally bestselling author of The Last Kabbalist of Lisbon comes a dazzling new work of historical fiction, retelling the story of the Passion from the point of view of Lazarus.

According to the New Testament, Jesus resurrected his friend, but the Gospel of John omits details of how he achieved this miracle and whether he had any special purpose in doing so. The acclaimed novelist Richard Zimler takes up the tale and recreates the story of the Passion from Lazarus’s point of view.

Restored to physical health, he has difficulty picking up his former existence; his experience of death has left him fragile and disoriented, and he has sensed nothing of an afterlife. Meanwhile he has become something of a local celebrity, even though he and Jesus are increasingly reviled by the Temple’s high priests. As he turns more and more to Jesus for guidance, while observing his friend’s growing mystical powers and influence through his spiritual activities, he finds their lives becoming dangerously entwined, which tests to the limit their friendship and affection.

In this compelling work of fiction, the author places Jesus in the historical context of ancient Jewish practice and tradition; he is at once a charismatic rabbi and a political activist who uses his awareness of a transcendent reality—culminating in the Kingdom of Heaven—to try to bring justice to his people and a broader compassion for humankind.

With The Gospel According to Lazarus, Richard Zimler brings the familiar story vividly to life and finds fresh meaning in the Passion and Crucifixion.

“Zimler manages to make the best-known narrative in Western culture a page-turner. I simply had to keep going to the very end.”

“A novel rich in detail and perception and grounded in the sensual compulsions of life…In its intrigue, passion, and trauma, (it has) the aspects of a biblical thriller.”

“The Gospel According to Lazarus is a stunning, intense, thought-provoking, often very moving recreation of the violent revolutionary period of the Roman conquest of Judaea in the days preceding the execution of Jesus by Pontius Pilate.”