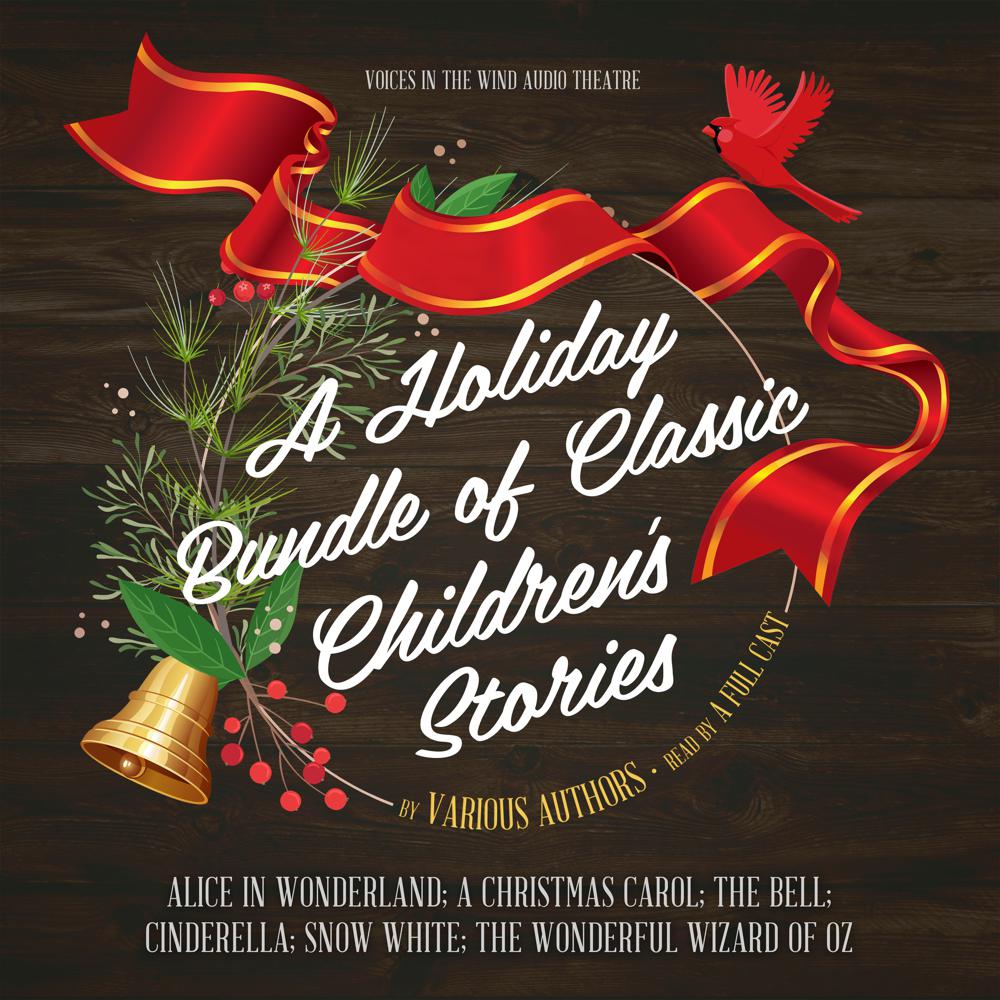 A Voices in the Wind Audio Theatre production

This Holiday Bundle features six entertaining and delightful audio stories for the whole family to enjoy year-round. The perfect stocking stuffer for the audiobook lovers on your list! Each story is performed by a full cast of voice actors with sound effects and music.

Includes Alice in Wonderland by Lewis Carroll, The Bell by Hans Christian Andersen, A Christmas Carol by Charles Dickens, Cinderella by Charles Perrault, Snow White by Jacob and Wilhelm Grimm, and The Wonderful Wizard of Oz by L. Frank Baum.

“A resplendent narration and enchanting sound effects make this edition of Grimm’s 1812 fairy tale quite irresistible.”

“Award-winning voice actor Barbara Rosenblat leads an able cast in giving proper nineteenth-century accents and voices to all our favorite iconic characters from one of the most beloved children’s classics in the English language.”

“Perfect for kids and adults and for those awesome parents who want to introduce their children to audio drama at an early age.”

“Georgia Lee Schultz does a splendid job as Cinderella, embodying the sweet, youthful innocence and kindness of the character perfectly.”