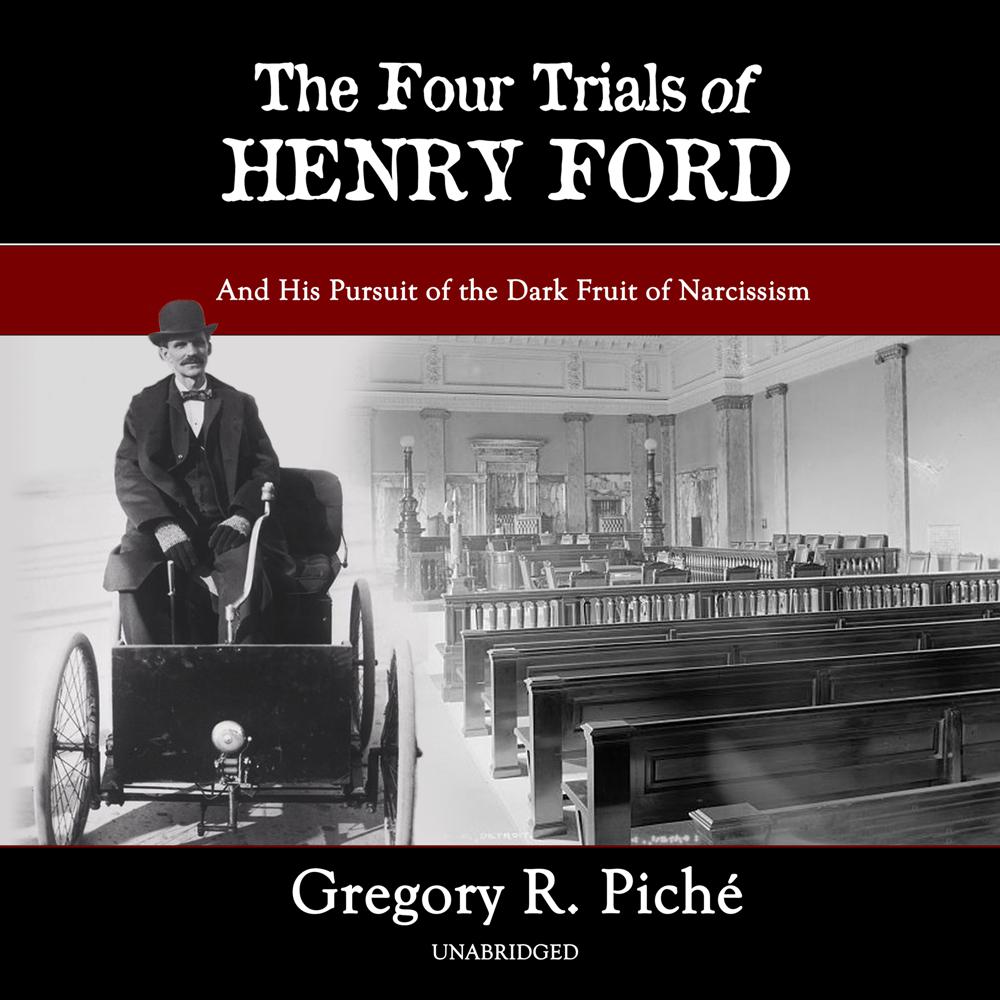 The Four Trials of Henry Ford chronicles Henry Ford’s forays into landmark litigation during the early years of the twentieth century. Ford was a man of extraordinary genius in the intricacies and workings of mechanical objects and in the identification and hiring of talented engineers and administrative managers. But he was constitutionally unable to permit a light to shine on anyone other than himself and often employed humiliating tactics to terminate any employee who rose to prominence.

Lawyer Gregory Piché follows Ford’s lonely defense against alleged infringement of the Selden patent on the automobile brought by a powerful automotive monopoly determined to control prices and competition in the emerging automobile market. He explores a minority shareholder oppression lawsuit brought against Ford by the Dodge brothers who initially manufactured all of the mechanical parts for Ford’s cars. He covers Ford’s libel suit against the Chicago Tribune for calling him an “anarchist” and “ignorant idealist” in the midst of the patriotic fervor during the US/Mexico intervention and the run-up to World War I. And finally, he examines a Jewish lawyer’s persistent libel action against Ford for the defamation of himself and his race in anti-Semitic diatribes widely published and circulated in his personally owned newspaper, the Dearborn Independent.

In recounting the Ford litigation, Piché examines Ford’s parallel manipulation of public media to advance his own political and narcissistic agenda. It follows the initial rise of his reputation as a Progressive capitalist to its ultimate erosion as a mean-spirited bigot and contributor to the propaganda that fueled the Holocaust.