(Not Quite) Mastering the Art of French Living
Mark Greenside 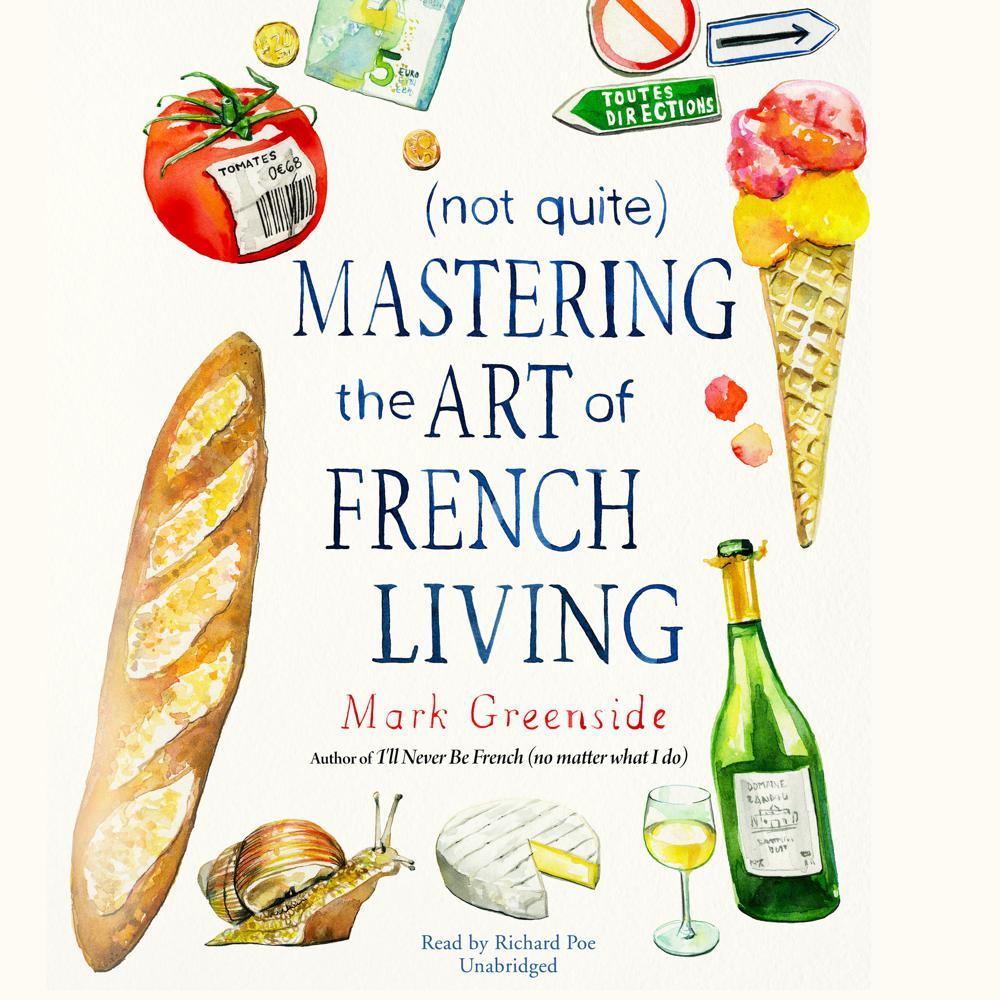 Every year upon arriving in Plobien, the small Breton town where he spends his summers, American writer Mark Greenside picks back up where he left off with his faux-pas–filled Francophile life. Mellowed and humbled, but not daunted (OK, slightly daunted), he faces imminent concerns: What does he cook for a French person? Who has the right-of-way when entering or exiting a roundabout? Where does he pay for a parking ticket? And most dauntingly of all, when can he touch the tomatoes?

Despite the two decades that have passed since Greenside’s snap decision to buy a house in Brittany and begin a bi-continental life, the quirks of French living still manage to confound him. Continuing the journey begun in his 2009 memoir about beginning life in France, (Not Quite) Mastering the Art of French Living details Greenside’s daily adventures in his adopted French home, where the simplest tasks are never straightforward but always end in a great story. Through some hits and lots of misses, he learns the rules of engagement, how he gets what he needs—which is not necessarily what he thinks he wants—and how to be grateful and thankful when (especially when) he fails, which is more often than he can believe.

Introducing the English-speaking world to the region of Brittany in the tradition of Peter Mayle’s homage to Provence, Mark Greenside’s first book, I’ll Never Be French, continues to be among the bestselling books about the region today. Experienced Francophiles and armchair travelers alike will delight in this new chapter exploring the practical and philosophical questions of French life, vividly brought to life by Greenside’s humor and affection for his community.

“Learning how to shop, drive, and eat in France have their own sets of rules, and (not quite) Mastering the Art of French Living tackles them with a soupçon of humor. From buying a lamp to mastering mollusks (oysters), and learning the right—and wrong ways—things are done in France, Mark Greenside perseveres… and succeeds.”

“Failure to speak French has never been so funny! Greenside may never master the gender of French nouns, but he sees straight through the French. A smart, delicious memoir of life off the beaten track in France.”

“Mark Greenside recounts hilarious experiences only a foreigner can have in France, for they’re the ordinary things of French life that go unnoticed by the locals yet the funniest of things for someone from the ‘outside’!”