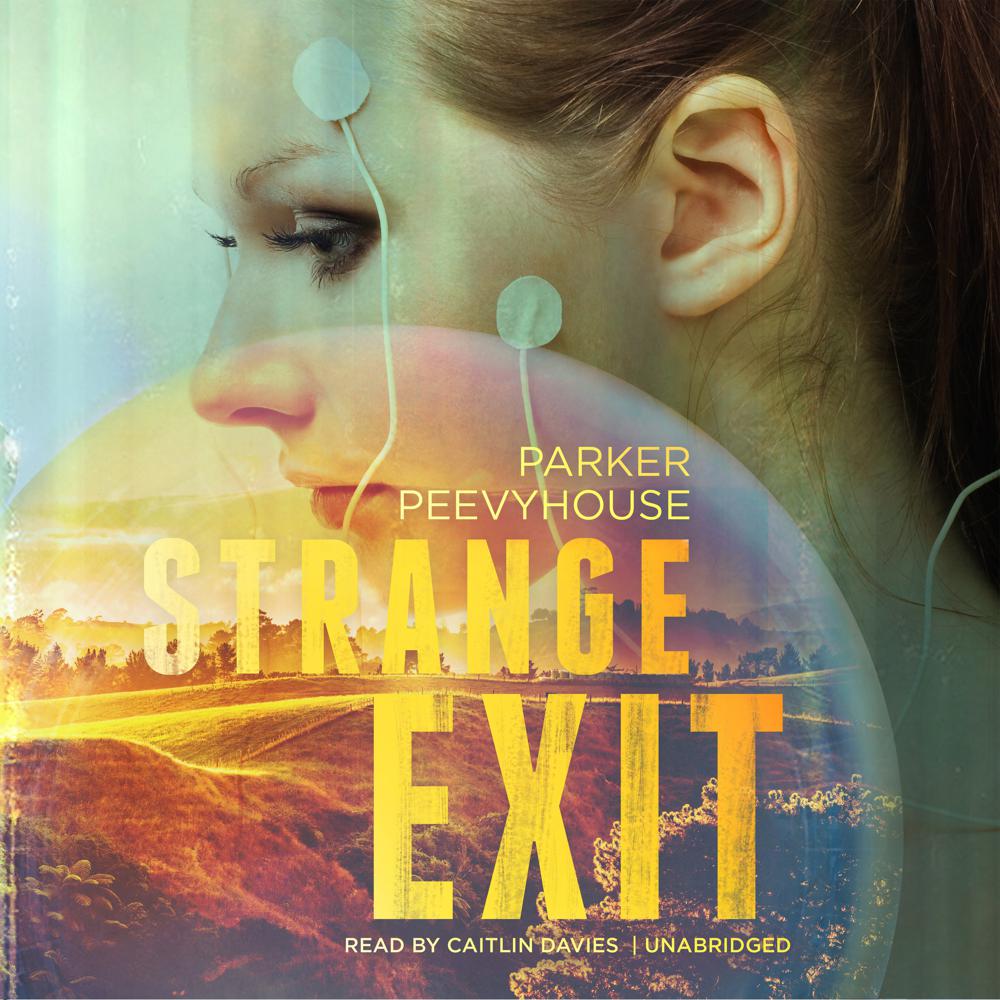 Strange Exit is a suspenseful, near-future, stand-alone thriller by Parker Peevyhouse, perfect for fans of Kass Morgan’s The 100 and Patrick Ness’s More Than This.

Seventeen-year-old Lake spends her days searching a strange, post-apocalyptic landscape for people who have forgotten one very important thing: this isn’t reality. Everyone she meets is a passenger aboard a ship that’s been orbiting Earth since a nuclear event. The simulation that was supposed to prepare them all for life after the apocalypse has trapped their minds in a shared virtual reality and their bodies in stasis chambers.

When Lake reveals the truth to a fellow passenger, seventeen-year-old Taren, he joins her mission to find everyone, persuade them that they’ve forgotten reality, and wake them up. But time’s running out before the simulation completely deconstructs, and soon Taren is deciding who’s worth saving and who must be sacrificed for the greater good. Now, Lake has no choice but to pit herself against Taren in a race to find the secret heart of the sim, where something awaits that will either save them or destroy them all.

“Mind-bending…The intricate, ontological puzzle at the heart is grounded by relatable characters and desperate situations, and the tension increases with each layer of reality Lake peels away. Compulsively readable.”

“This reality-bending work of science fiction narrated by Caitlin Davies’ task is to keep listeners grounded while the story’s bizarre and convoluted events unfold. She nails the listeners feet to the ground by choosing to narrate in a straightforward voice that makes one think that everything is going to be fine. Many of the characters are literally trapped inside pods with wires in their heads, so Davies’s voice has a bit of an echo effect, which makes listeners feel as though they’re in pods, too. It is a clever trick that works well.”

“Peevyhouse skillfully blurs boundaries and perceptions, with the simulation’s mutable reality hiding both questions and answers about what’s really transpiring.”

“Peevyhouse is a master storyteller.”