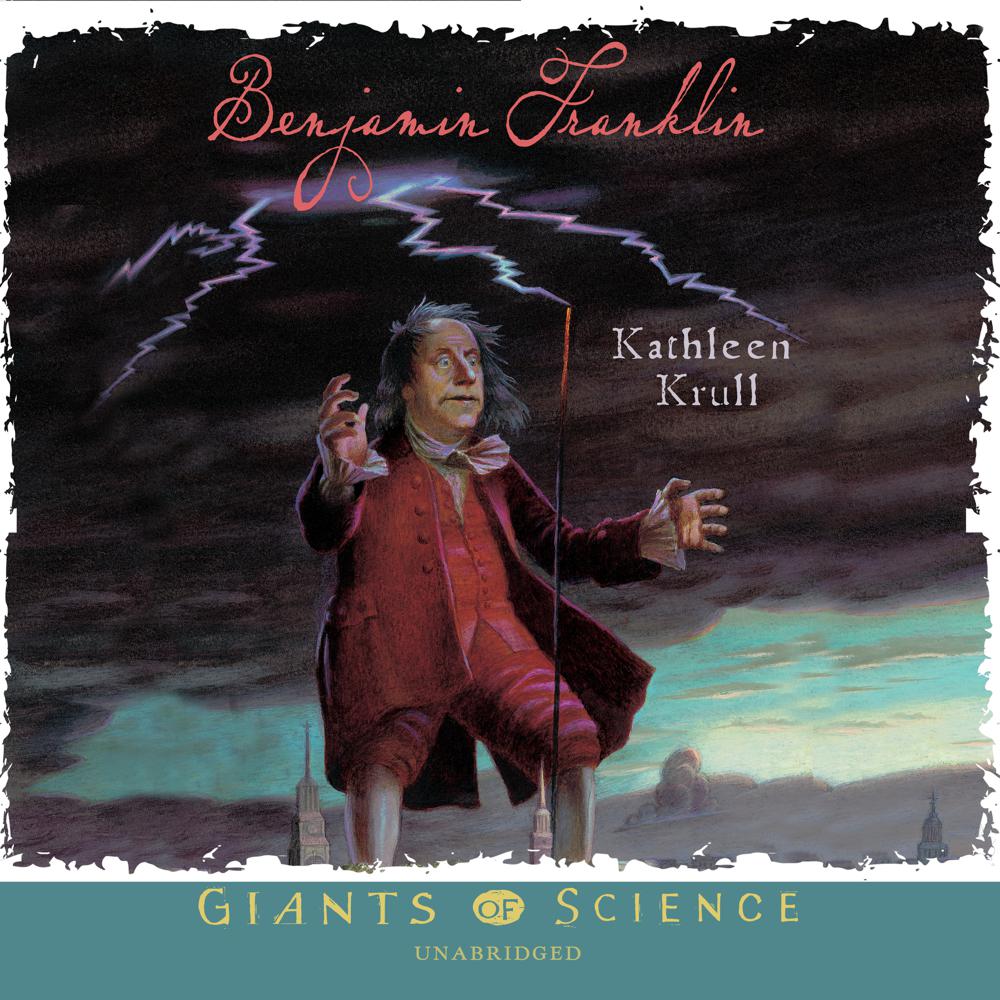 Sure, almost all kids know Benjamin Franklin as one of America’s Founding Fathers, a man with a hand in both the Declaration of Independence and the US Constitution. And they may even have some vague idea that he once flew a kite during a lightning storm. What Kathleen Krull sets out to do in this very different biography is show Ben Franklin as the “natural philosopher” (the term for scientists back in the 1700s), whose experiments led to important discoveries about the nature of electricity—including his famous demonstration that electricity and lightning were one and the same.

As always, this much-lauded series presents a true Giant of Science in a juicily anecdotal way. This is social history at its best … who knew that Franklin became such a megastar that Paris shops sold Ben dolls, Ben ashtrays, and even Ben wallpaper?

Witty and engaging, this is a worthy addition to the Giants of Science series.

“Another top-notch scientific biography in the outstanding Giants of Science series.”

“Both engaging and accessible to young audiences.”

“Krull’s forte is to connect what readers know with what they are learning.”

“Krull explains the many ways that Franklin was the American manifestation of the European Enlightenment, putting his discoveries in clear historical context.”

“A lucid and thoughtful examination of Freud’s life work and legacy.”