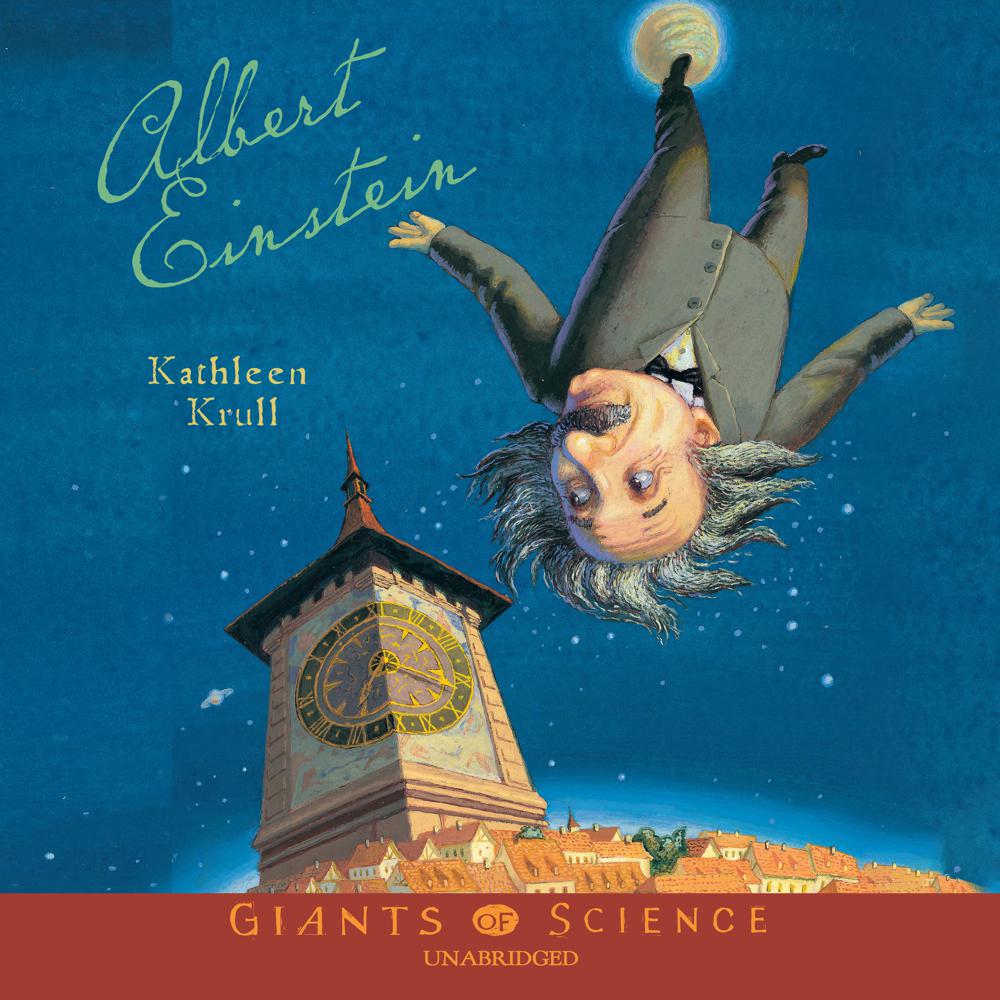 Albert Einstein: his name has become a synonym for genius. His wild case of bedhead and playful sense of humor made him a media superstar—the first, maybe only, scientist-celebrity.

He wasn’t much for lab work—in fact he had a tendency to blow up experiments. What he liked to do was think—not in words, but in “thought experiments.” What was the result of all his thinking? Nothing less than the overturning of Newtonian physics.

Once again, Kathleen Krull delivers a witty and astute look at one of the true Giants of Science, and the turbulent times in which he lived.

“This series launches with an impressive start.”

“A multifaceted portrait of a genius.”

“[A] lucid and thoughtful examination of Freud’s life work and legacy.”

“Another top-notch scientific biography in the outstanding Giants of Science series…This offering manages to take a wildly complex subject—atomic physics—and render it comprehensible to the child reader.”

“Another standout in a uniformly stellar series.”

“[An] engrossing and remarkably accessible biography.”