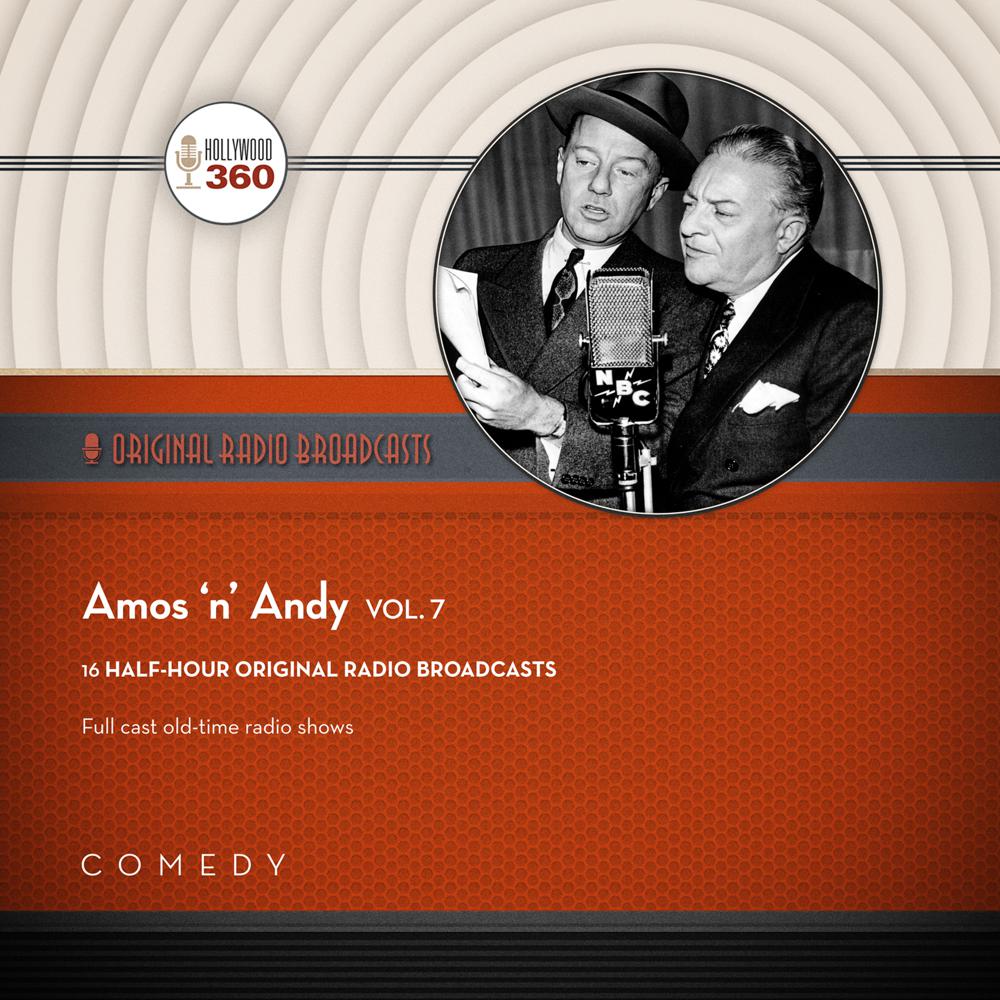 Freeman Gosden and Charles Correll star as Amos ‘n’ Andy, in the most popular comedy show of the Golden Age of radio!

On March 19, 1928, Freeman Gosden and Charles Correll introduced Amos ‘n’ Andy, which went on to become one of the most popular and longest-running programs in radio history. During the height of its popularity, almost the entire country listened to the fifteen-minute, Monday-through-Friday adventures of Amos ‘n’ Andy. Department stores piped in the broadcasts so shoppers wouldn’t miss an episode, and movie theaters scheduled their features to end just prior to the start of Amos ‘n’ Andy so they too could pipe it in.

Amos and Andy ran the Fresh-Air Taxi Company, with the more stable, married Amos doing most of the work while Andy chased girls. In 1943, after 4,091 quarter-hour episodes, it switched to a half-hour weekly comedy. While the five-a-week show often had a quiet, easygoing feeling, the new version was a brassy Hollywood-style production, complete with a studio audience, full cast of supporting actors, and a full orchestra. Many of the half-hour programs were written by Joe Connelly and Bob Mosher, later the writing team for Leave It to Beaver and The Munsters. In the new version, Amos became a minor character to the more dominant Andy and Kingfish duo.