In the Cauldron
Lew Paper 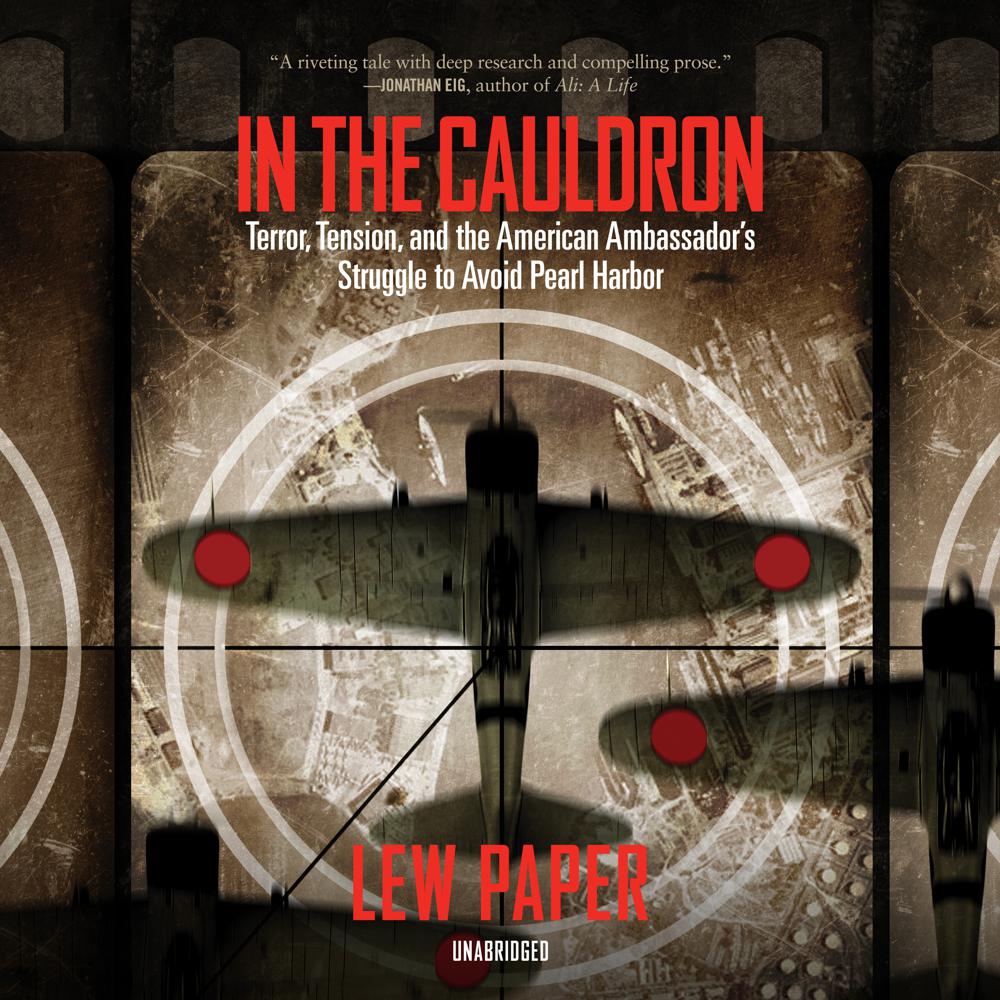 This is not just another book about Pearl Harbor. It is the story of Joseph Grew, America’s ambassador to Japan, and his frantic effort in the months before the Pearl Harbor attack to orchestrate an agreement between Japan and the United States to avoid the war he saw coming. It is a story filled with hope and heartache, with complex and fascinating characters, and with a drama befitting the momentous decisions at stake.

And more than that, it is a story that has never been told.

In those months before the Pearl Harbor attack, Japan and the United States were locked in a battle of wills. President Franklin D. Roosevelt’s economic sanctions were crippling Japan. America’s noose was tightening around Japan’s neck—but the country’s leaders refused to yield to American demands.

In this cauldron of boiling tensions, Joseph Grew offered many recommendations to break the deadlock. Having resided and worked in Tokyo for almost ten years, Grew understood what Roosevelt and his administration back home did not: that the Japanese would rather face annihilation than endure the humiliation of surrendering to American pressure.

Relying on Grew’s diaries, letters and memos, interviews with members of the families of Grew and his staff, and an abundance of other primary source materials, Lew Paper presents the gripping story of Grew’s effort to halt the downward spiral of Japan’s relations with the United States. Grew had to wrestle with an American government that would not listen to him—and simultaneously confront an increasingly hostile environment in Japan, where pervasive surveillance, arbitrary arrest, and even unspeakable torture by Japan’s secret police were constant threats.

In the Cauldron reads like a novel, but it is based on fact. And it is sure to raise questions whether the Pearl Harbor attack could have been avoided.

“The underbrush through which Mr. Paper cuts his way…would be challenging for any writer. But Mr. Paper, with an eye for character and an easy narrative style, manages to keep his subject interesting…And even though we know how it’s all going to end, Mr. Paper manages to add a measure of suspense to his narrative—a tribute to his abilities as a writer.”

“While reading In the Cauldron you will feel as though you are reading another novel, but this book is based on fact. This is the story of America’s ambassador to Japan, Joseph Grew, and how he spent months in a desperate effort to arrange an agreement between the United States and Japan to avoid a war…This story has never been told, till now.”

“Lew Paper’s stated objective in writing this book is to tell the story of US Ambassador to Japan Joseph Grew’s attempts to prevent his country and Japan from slipping into a war which neither side ostensibly wanted. And the author does this very well, writing in a fluid, easy to read manner…[A] must-read for those interested in the question of who knew what, who did what, and when, on the eve of Pearl Harbor.”

“In the Cauldron tells one of the great overlooked stories of World War II. Lew Paper delivers a riveting tale with deep research and compelling prose.”

“Engaging writing and thorough research make the book a must-read for both the historian and the general audience.”

“Lew Paper’s In the Cauldron is a compelling narrative of events leading up to Pearl Harbor. Even though we know the end, the book is hard to put down. Being a US ambassador is a tremendous privilege but can be very challenging. Read this book and you will see why.”

“Just when we think we understand all there is to know about Pearl Harbor, along comes Lew Paper with a riveting and superbly researched tale of the American ambassador to Japan, Joseph Grew, struggling to get word to Washington that an attack could be near…Even though we know the outcome, the reader feels the suspense and tension and cheers on the determined Grew to get through before the bombs drop.”

“Lew Paper has produced the gripping story of Joseph Grew, the US ambassador to Japan, as he fervently worked to prevent war between the United States and Japan. While Grew is the center of the story, Paper also brings to life the array of Japanese and American leaders with whom he interacted. The book is incisive and vividly portrays the different perspectives and pressures which confronted these decision-makers.”

“A lucid and engaging narrative…The writing is smooth and easy to read. This is a book that should be read by a wide audience.”

“Suffused with the atmosphere of Japan on the eve of World War II, In the Cauldron shines new light on a once murky episode. Through the eyes and words of Joseph Grew, Washington’s Ambassador to Japan, Lew Paper has produced an insightful account of the diplomatic standoff that preceded the attack on Pearl Harbor…In the Cauldron is a first-rate addition to the history of the period.”