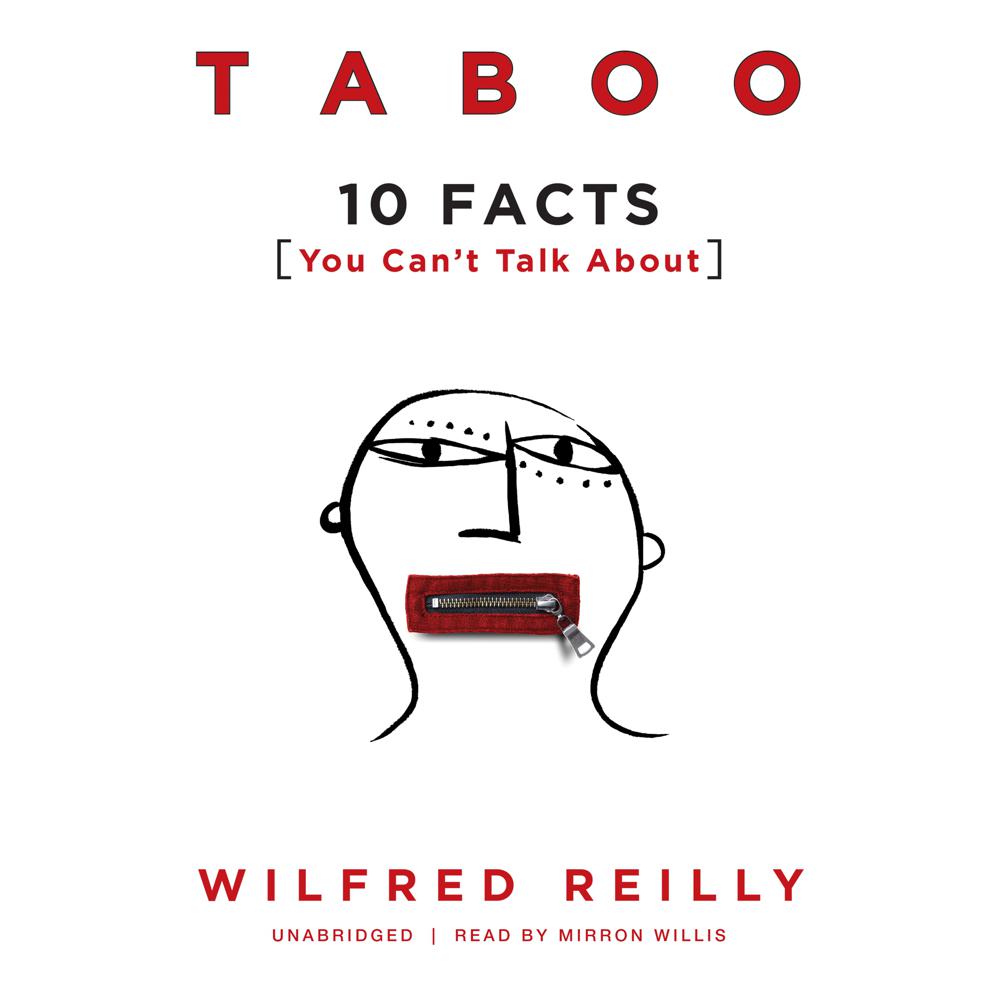 It has become virtually impossible to honestly discuss race, gender, and class issues in mainstream American society because if you dare repeat certain “taboo truths,” you’ll be ostracized as a bigot. Professor Wilfred Reilly (author of Hate Crime Hoax and The $50,000,000 Question) fearlessly presents ten of these truths here and investigates why the mainstream is so afraid to acknowledge that they’re true. Among these taboo truths are

men and women are different, although equal;there is no epidemic of police murdering black people;crime rates vary among ethnic groups; andthere are almost no “pay gaps” between big groups, when variables other than race and sex are adjusted for.

“This is a book America desperately needs. Wilfred Reilly’s boisterous dismantling of some of the most cherished myths that animate the social justice left and the racially antagonistic right is as enjoyable as it is compelling. Taboo is a prodigious and analytical work. Its conclusions about the trajectory of American race relations are encouraging, so it is certain to make a splash. There is nothing purveyors of social discord hate more than good news.”

“Finally, a Black intellectual has come along to challenge leftist dogma and intellectual dishonesty. Nothing is off-limits in this remarkably honest dissertation. He is a no-nonsense, tough but fair-minded scholar…We need more Will Reillys in this country.”

“Wilfred Reilly is one of the most interesting and exciting American intellectuals to emerge in our time. I’m in awe of the fearlessness with which Reilly takes on current nostrums on race in his vitally necessary and powerful Taboo.”