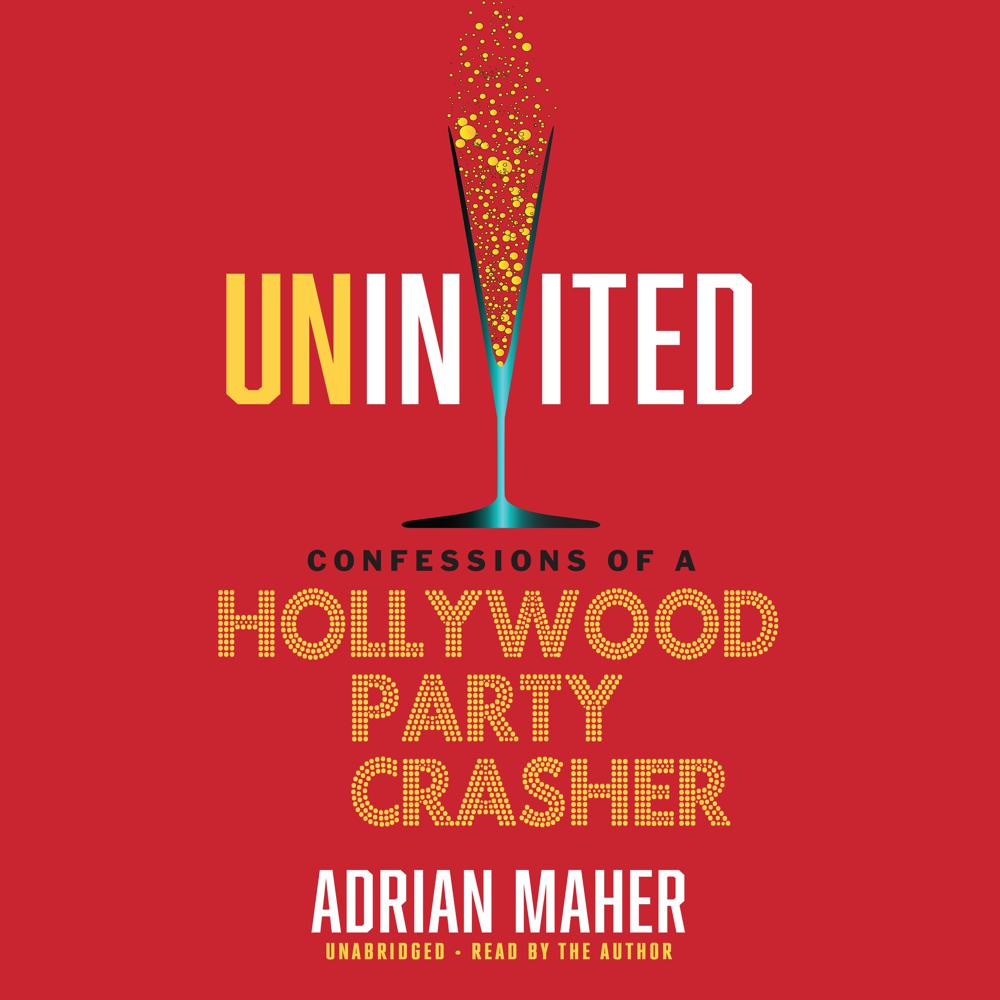 Drawing on more than twenty years of interviews, anecdotes, and personal experiences, Uninvited: Confessions of a Hollywood Party Crasher recounts the unique journey of a former Los Angeles Times reporter who, struggling with the collapse of his industry and personal tragedies, falls in with a group of intrepid gatecrashers who routinely pierce Tinseltown’s celebrity party circuit. Author Adrian Maher is the first to chronicle this unique subterranean culture in La La Land—a group of social strivers, ambitious outliers, compulsive risk-takers, and dysfunctional characters seeking access to a famous and exclusive society from which they’ve been banned.

Uninvited uses all the author’s skills as a veteran reporter, television producer, private investigator, archivist, and humorous storyteller to reveal the unseen capers, snafus, and mishaps behind Hollywood’s palace gates against a backdrop of America’s fascination with celebrity culture. And it exposes the personal struggles of an adrenaline-addicted gatecrasher facing perpetual moral challenges, physical dangers, and psychological stressors that culminate in near disaster.

“Aided by a Halloween gallery of fellow rogues and adrenaline junkies, Adrian Maher takes us on a joyous romp through backstage Hollywood dodging security, public relations flacks, and his own conscience. You’ll be amazed at the chameleon disguises and side-door antics that put an everyman behind the hedge gates and face to face with Clint, Hef, Arianna, and the rest of Tinseltown’s high and mighty. Deliciously subversive.”

“A wackadoodle journey over, under, and around the velvet rope. A laugh-a-minute page-turner as dramatic as any multimillion-dollar blockbuster. Hilarious, gripping, and revealing.”

“A laugh-a-minute page-turner as dramatic as any multimillion-dollar blockbuster. Hilarious, gripping, and revealing.”