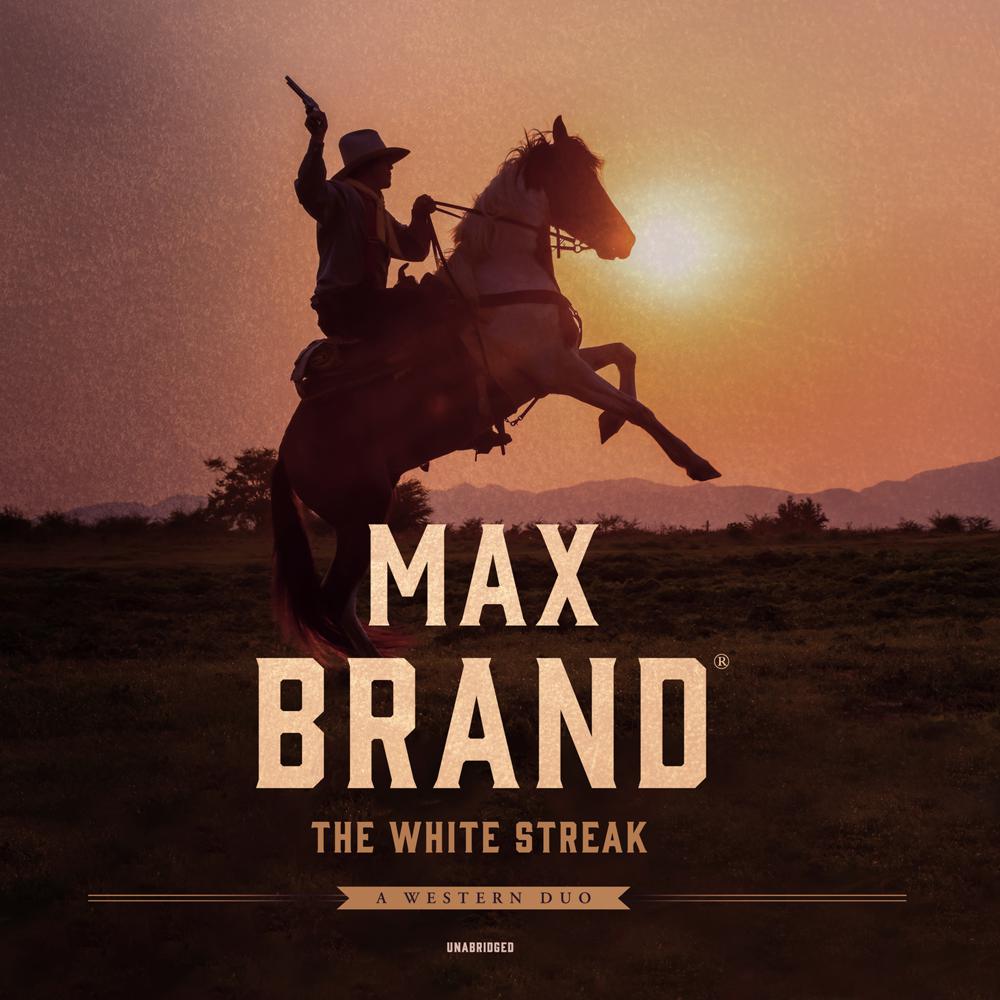 Recently, a number of Western stories have been discovered among Max Brand’s unpublished works and the first story in this book, “The White Streak,” is one of them. Its protagonist is twenty-one-year-old Jimmy Babcock, a former football star, but now a worker at the local bank run by William Parker in the town of Dresser, which has changed from cattle country to one made up of oil and alfalfa fields. When Parker fires Jimmy, all Jimmy can think is how he will hurt Muriel Aiken, his fiancée, who wants to marry. When his father signs over the old family homestead that is in serious need of repair, Jimmy feels better. But an unexpected invitation from Parker to meet him at the Club convinces him that Parker wants him back. When he learns what Parker really has in mind, Jimmy finds himself recalling the stories he has heard about the notorious robbers the White Streak and Utah Billie, and he has to make a hard decision.

In “The Masked Rider” the betrothed of Carlos Torreño, Lucia d’Arquista, is making her way to Casa Torreño in Spanish California in which no expense has been spared in making her journey a lavish one by her soon-to-be father-in-law, Francisco Torreño. But it is on the journey that Francisco decides that Lucia is a sparrowhawk and that she must be watched carefully, especially once she takes an interest in Taki, a Navajo who is working off a debt to Francisco.