Valley of the 99
Wayne D. Overholser 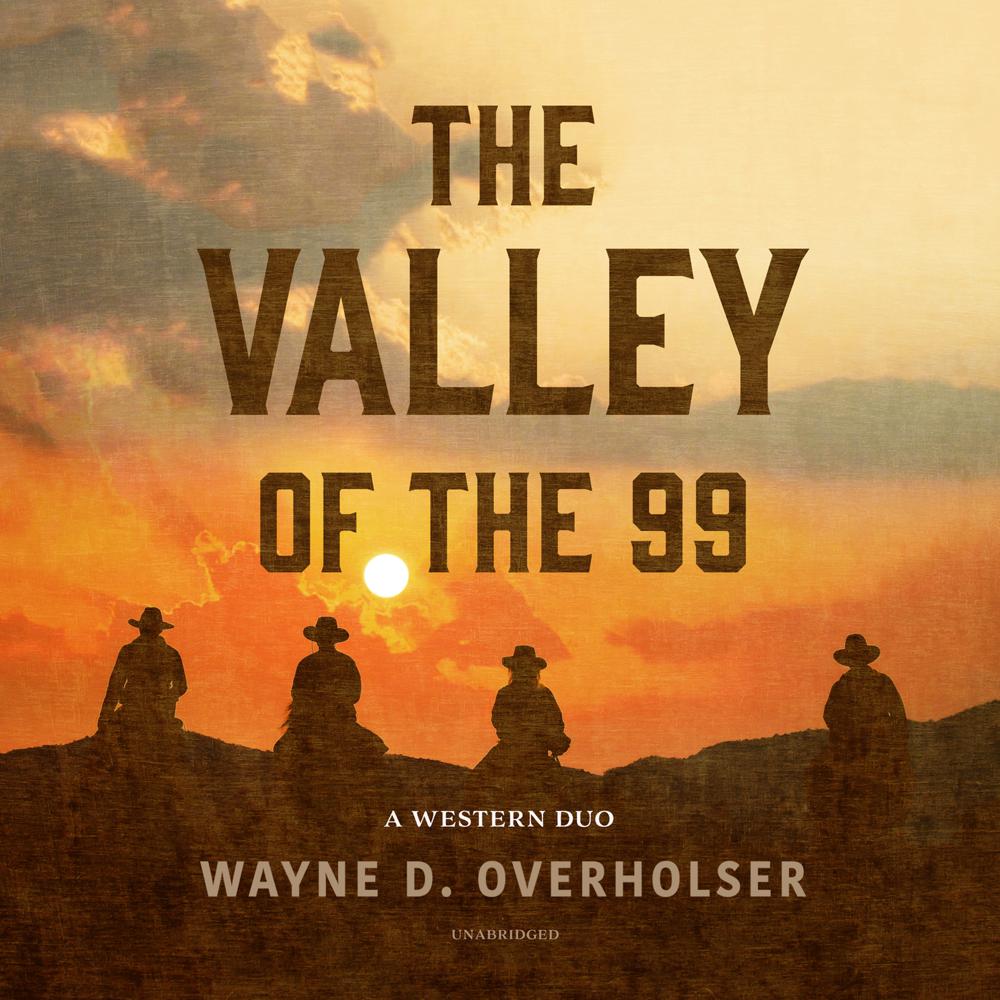 Small ranchers in Harmony Oregon are up against it with the price of cattle down and Skull Ranch, owned by a syndicate, trying to buy them out. Dan Riley spends a month trying to find a bank to help them, but he fails. When the editor of The Clarion is shot, the ranchers blame Black Mike Sand, the manager of Skull, in spite of the circumstances of the shooting. As pressure mounts, Riley is determined to find out who is really in charge of the syndicate, and the only man willing to help him is Andrew Daniels, a former newspaper man whose courage comes from a bottle.

Ex-gunman Rod Devers has started up a ranch, but small things going wrong on his land make him think someone might be trying to drive him out. In addition, the $2,000 he borrowed to buy his herd is coming due in a few months, and he refuses to marry his fiancée until he’s debt free. His brother George ramrods the Spade, the biggest ranch in the area owned by Karl Hermann, who is on his way to Spade. The two-bit ranchers are convinced Hermann is coming to grab up all the land, and they organize a group of vigilantes, the 99, to protect themselves. When Rod refuses to join the 99 and accepts his brother’s offer of a temporary job to protect Hermann and his daughter during their visit, the small ranchers turn against him.

“A consummate Western storyteller with an eye for character and dialogue.”