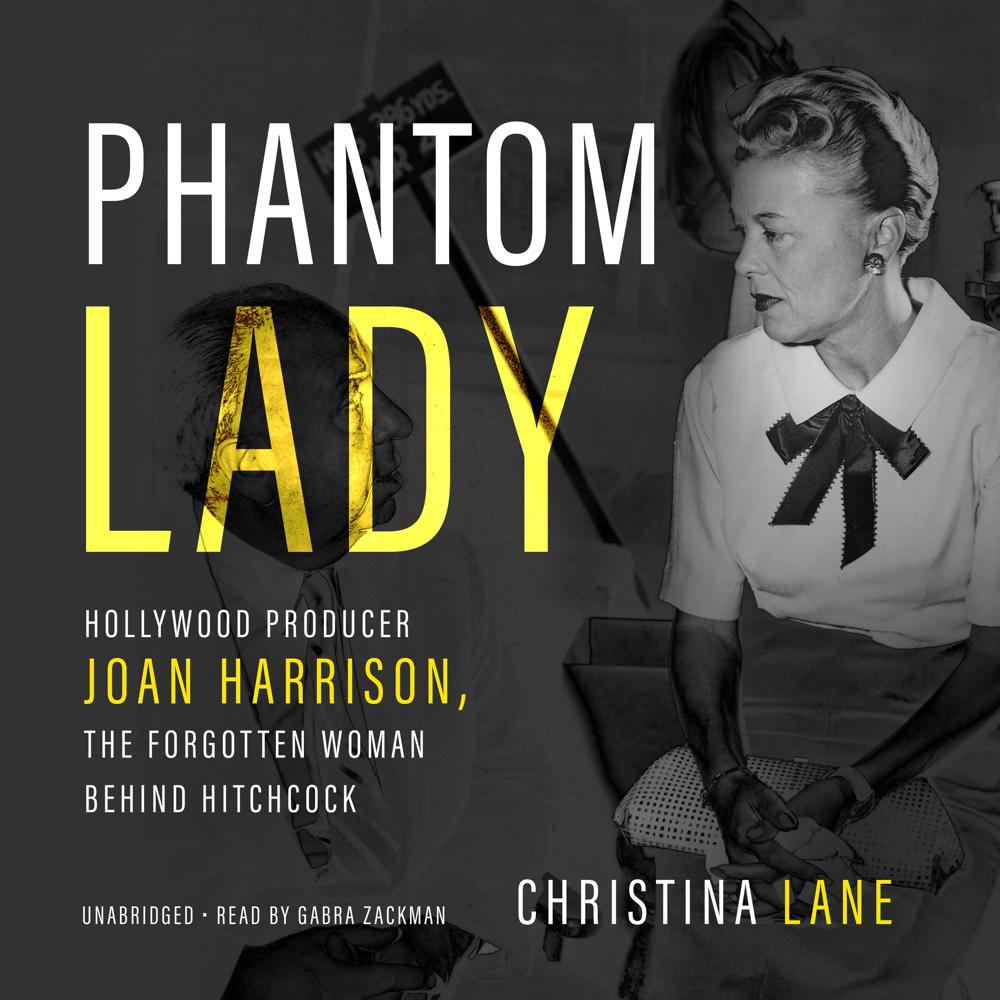 Phantom Lady chronicles the untold story of Hollywood’s most powerful female writer-producer of the 1940s.

In 1933 Joan Harrison was a twenty-six-year-old former salesgirl with a dream of escaping her stodgy London suburb and the dreadful prospect of settling down with one of the local boys. A few short years later, she was Alfred Hitchcock’s confidante and one of the Oscar-nominated screenwriters of his first American film, Rebecca.

Harrison had quickly grown from being the worst secretary Hitchcock ever had to one of his closest collaborators, critically shaping his brand as the “master of suspense.” Forging an image as the female Hitchcock, Harrison went on to produce numerous Hollywood features before becoming a television pioneer as the producer of Alfred Hitchcock Presents. A respected powerhouse, she acquired a singular reputation for running amazingly smooth productions—and defying anyone who posed an obstacle.

Author Christina Lane shows how this stylish, stunning woman, with an adventurous romantic life, became an unconventional but impressive auteur—one whom history has overlooked.

“Compelling…This superbly written, absorbing biography of a woman succeeding on her own terms will resonate with fans of Hollywood stories, as well as those who appreciate celebrations of previously unsung women.”

“Lane’s lively and loving account of ‘one of the last great untold stories of the classical Hollywood era’ will intrigue film scholars, Hitchcock fans, and general readers alike.”

“As lively and fascinating as its subject, this is an important addition to the history of filmmaking.”

“A solid addition to the growing literature about women filmmakers.”

“Phantom Lady gives us an opportunity to understand the unique and complicated bond Joan Harrison shared with Alfred Hitchcock…Joan Harrison was a remarkable woman of taste and style who helped establish the Hitchcock ‘brand.’ She may be the greatest female producer you’ve never heard of.”