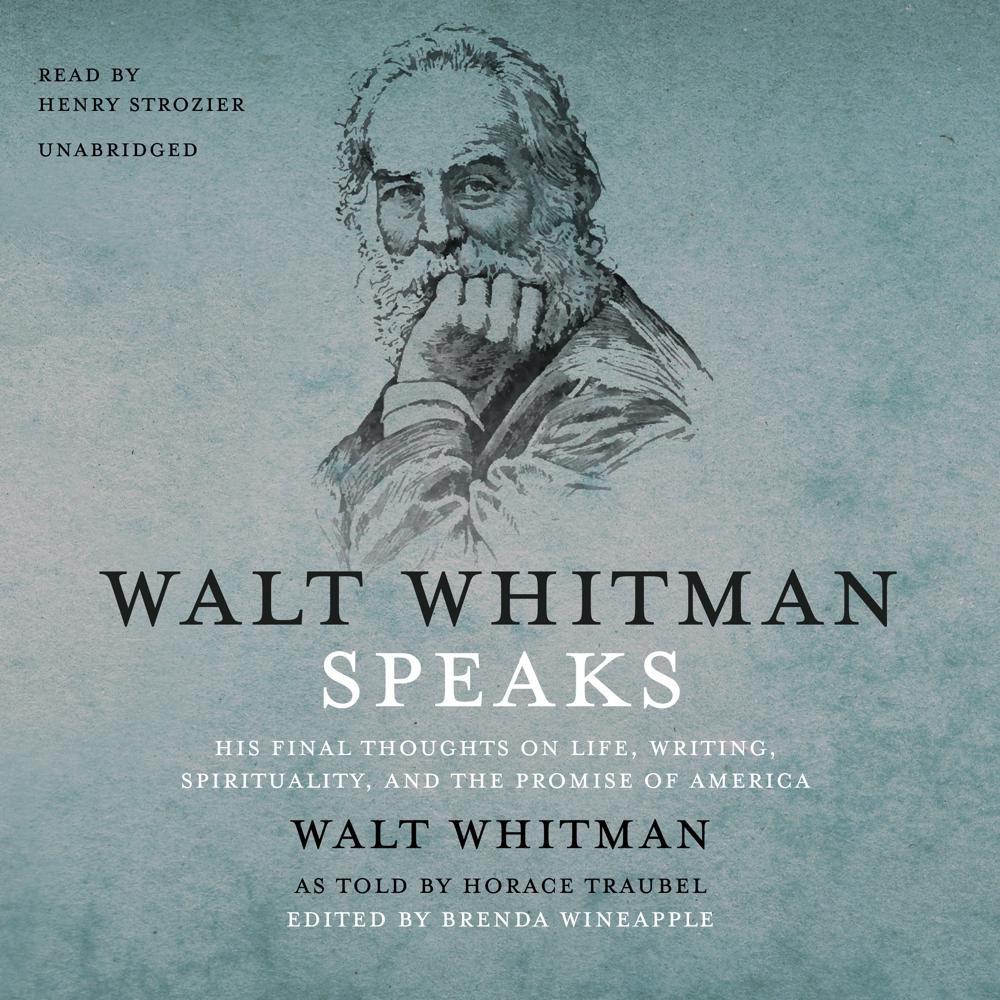 For the Whitman bicentennial, a delightful keepsake edition of the incomparable wisdom of America’s greatest poet, distilled from his fascinating late-in-life conversations with Horace Traubel

Toward the end of his life, Walt Whitman was visited almost daily at his home in Camden, New Jersey, by the young poet and social reformer Horace Traubel. After each visit, Traubel meticulously recorded their conversation, transcribing with such sensitivity that Whitman’s friend John Burroughs remarked that he felt he could almost hear the poet breathing. In Walt Whitman Speaks, acclaimed author Brenda Wineapple draws from Traubel’s extensive interviews an extraordinary gathering of Whitman’s observations that conveys the core of his ethos and vision. Here is Whitman the sage, champion of expansiveness and human freedom. Here, too, is the poet’s more personal side—his vivid memories of Thoreau, Emerson, and Lincoln, his literary judgments on writers such as Shakespeare, Goethe, and Tolstoy, and his expressions of hope in the democratic promise of the nation he loved. The result is a keepsake edition to touch the soul, capturing the distilled wisdom of America’s greatest poet.

“A treasure of Walt unvarnished, reflective, and still firing on all cylinders into his seventies…Endlessly quotable and perfect for dipping into and savoring.”