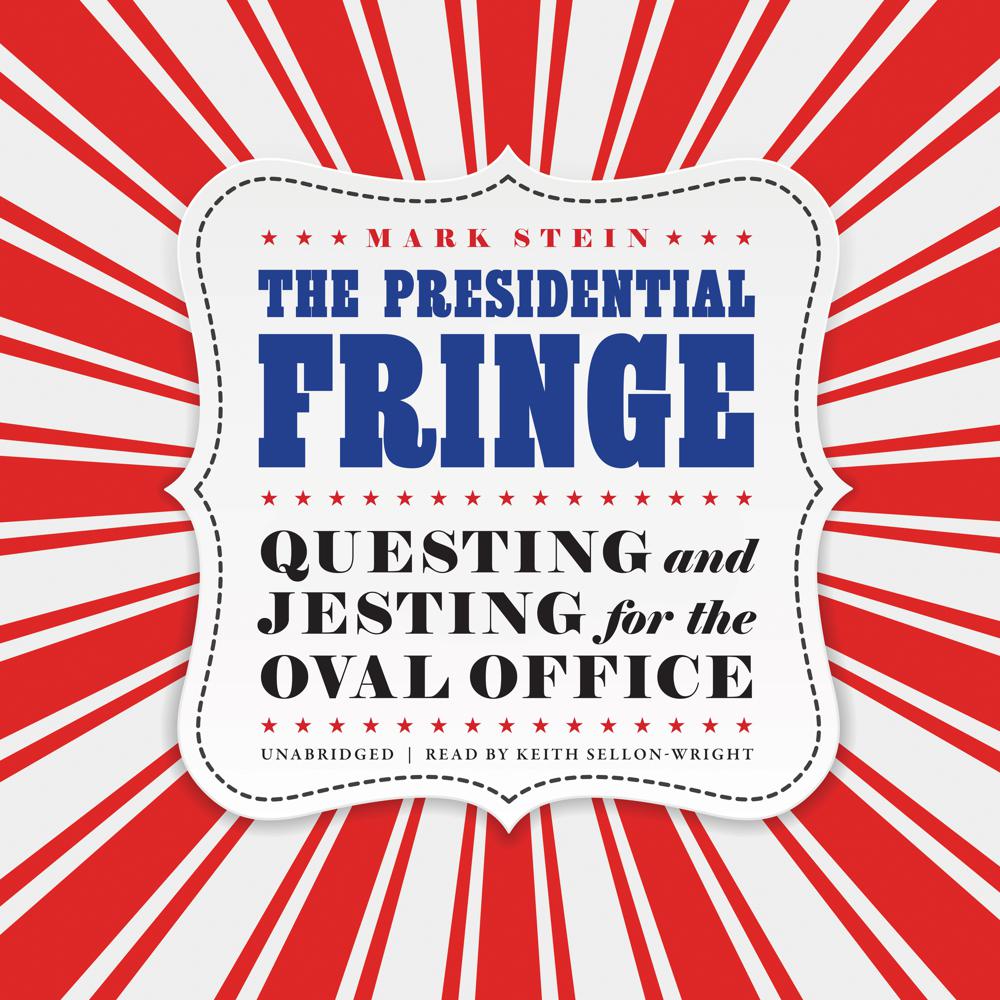 This offbeat slice of American history places the story of our great republic beneath an unexpected lens: that of fringe candidates for president of the United States. Mark Stein explores how their quest for our nation’s highest office helped to amplify voices otherwise quashed during their day. His careening tour through elections past includes the efforts of true pioneers in the quest for social equality in our country: the first woman to run for president, Victoria Woodhull in 1872; the first African American to run for president, George E. Taylor, in 1904; and the first openly gay cross-dressing candidate for president, Joan Jett Blakk in 1992.

But The Presidential Fringe also takes a look at those who would jest their way into the Oval Office, from comedians such as Will Rogers and Gracie Allen to Pat Paulsen and Stephen Colbert. Along the way, Stein shows how even seemingly zany candidates, such as “Live Forever” Jones, Vegetarian Party candidate John Maxwell, Flying Saucer Party candidate Gabriel Green, or most recently, Vermin Supreme, provide extraordinary insights of clarity into who we were when they ran for president and how we became who we are today. Ultimately, Stein’s examination reveals that it was often precisely these fringe candidates who planted the seeds from which mainstream candidates later harvested genuine, positive change.

Written in Stein’s direct and witty style, The Presidential Fringe surveys and portrays an American landscape rife with the unlikely, unassuming, unexpected, and (in a few cases) unbalanced presidential hopefuls who, in their own way, have contributed to this nation’s founding quest to form a more perfect Union.

“Informative and entertaining, forcing American readers to take some glances into what at times is an unflattering mirror.”

“Stein once again holds a brilliant mirror up to American society and history…Humorous, incisive, and telling narratives.”

“If ever there was a time to seriously consider the value of candidates who lampoon our electoral system, it is now.”