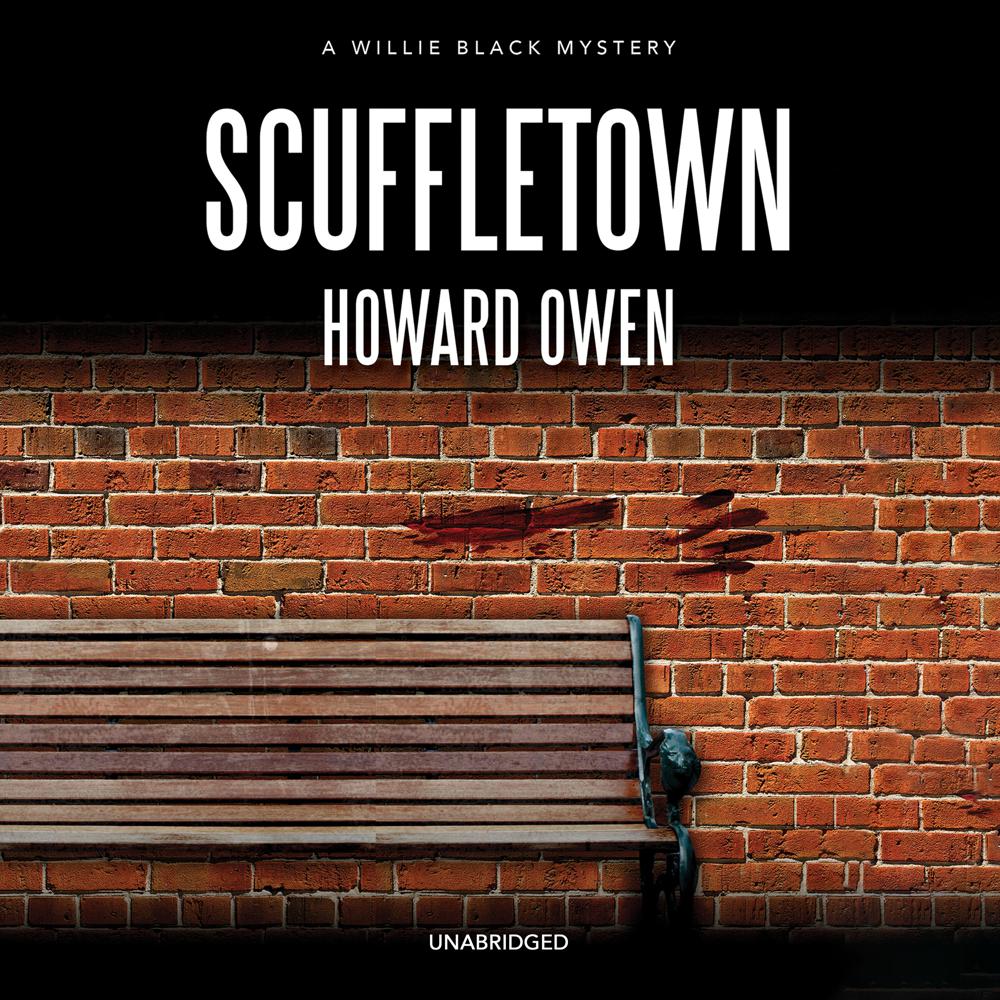 A familiar name piques Willie Black’s interest on a slow news day: Scuffletown Park. He and the first of his four wives lived next to the pocket park when they were young and still on speaking terms. Now, Scuffletown is the site of a crime scene, one that doesn’t fit the usual modus operandi for Richmond. For one thing, there’s plenty of blood but no body. Also, it seems that a knife was involved—a rarity in Willie’s gun-happy city. And Scuffletown is in the heart of the Fan, where violence is a blessedly rare occurrence.

Before long there is a body. There also is a neighbor who caught the deed on his iPhone camera. When his old friend and current police flack Peachy Love gives Willie a sneak-peek at the remarkably clear photograph, he starts wishing he’d never seen Scuffletown Park again.

How is it possible that Abe Custalow is standing over what appears to be a very dead body? Abe has been sharing Willie Black’s condo since Willie found his childhood pal living homeless in Monroe Park. Even now, with Willie married to the lovely Cindy Peroni Black, Abe remains ensconced there. Okay, he did kill a guy once, but the guy deserved killing, and Abe’s been “Mr. Clean” ever since.

With his condo-mate in jail, Willie does what a good reporter does best: he starts digging—with no assistance from Abe, who insists that Willie “just leave it alone.” That would go against every instinct in Willie Black’s nosy-ass body, but when he finally gets within hailing distance of the truth, he understands why Abe wanted him to back off.

“Scuffletown’s a hoot, a fast and entertaining read and an affectionate elegiac tribute to print journalism.”

“Owen knows his setting, his dialogue is spot-on and his grasp of the down-and-dirty work of the police and news reporters lends authenticity to the narrative. This is Southern literature as expected, with a touch of noir, and with a touch of Dennis Lehane’s Mystic River. Willie Black deserves a sequel.”

“Owen is particularly good at character development and takes a familiar race and class struggle plot to a new level. His second entry featuring crime reporter Willie Black is a stellar mystery deserving of a wide readership.”