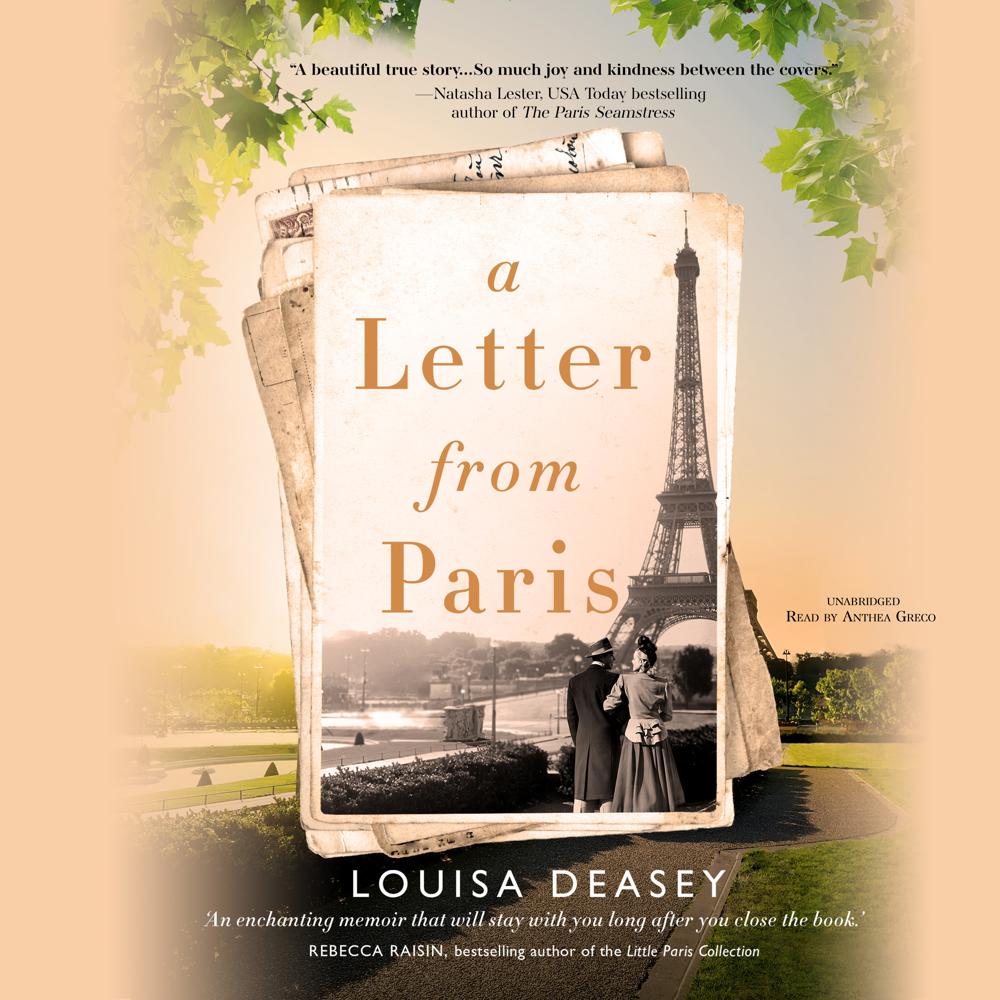 When Louisa Deasey receives a message from a Frenchwoman called Coralie, who has found a cache of letters in an attic, written about Louisa’s father, neither woman can imagine the events it will set in motion.

The letters, dated 1949, detail a passionate affair between Louisa’s father, Denison, and Coralie’s grandmother, Michelle, in post-war London. They spark Louisa to find out more about her father, who died when she was six. From the seemingly simple question “Who was Denison Deasey?” follows a trail of discovery that leads Louisa to the streets of London, to the cafés and restaurants of Paris, and a poet’s villa in the south of France. From her father’s secret service in World War II to his relationships with some of the most famous bohemian artists in post-war Europe, Louisa unearths a portrait of a fascinating man, both at the epicenter and the mercy of the social and political currents of his time.

A Letter from Paris is about the stories we tell ourselves and the secrets the past can uncover, showing the power of the written word to cross the bridges of time.

“An enchanting memoir that will stay with you long after you close the book.”

“A beautiful celebration of the profound healing power of stories shared.”

“An amazing story which gave me tingles.”

“A beautiful true story, engagingly told. So much joy and kindness between the covers.”