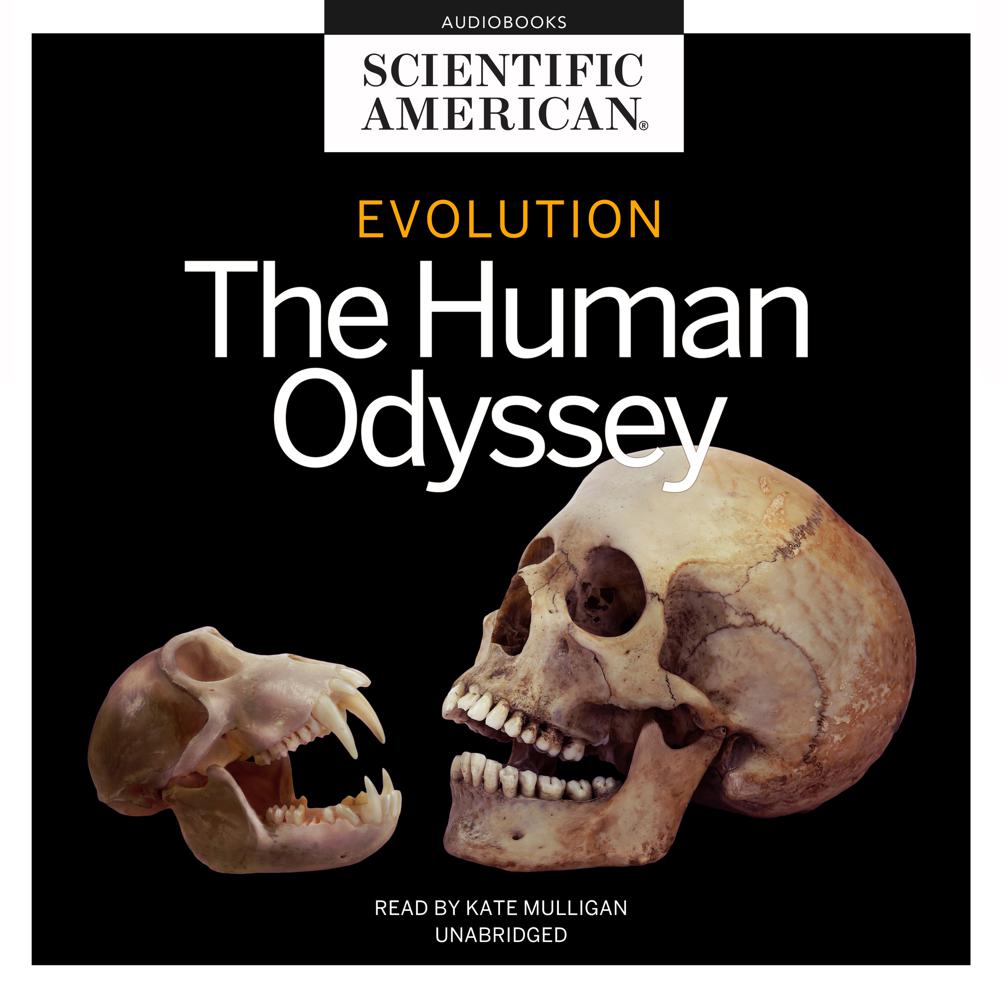 The complex story of human evolution is a tale seven million years in the making. Each new discovery adds to or revises our story and our understanding of how we came to be the way we are.

In this audiobook, The Human Odyssey, we explore the evolution of those characteristics that make us human. The first section looks at our family tree and why some branches survived and not others. Swings in climate are emerging as a factor in what traits succeeded and failed; meanwhile, DNA analyses show that Homo sapiens interbred with other human species, which played a key role in our survival. Section two examines those traits that separate us from other primates. Recent data indicate that our hairless skin was important to the rise of other human features, and other research is getting closer to illuminating how humans became monogamous. In the final section we speculate on the future of human evolution in a world where advances in technology, medicine, and other areas protect us from harmful factors like disease, causing some scientists to claim that humans are no longer subject to natural selection and our evolution has ceased. But, like us, our story will continue to evolve.