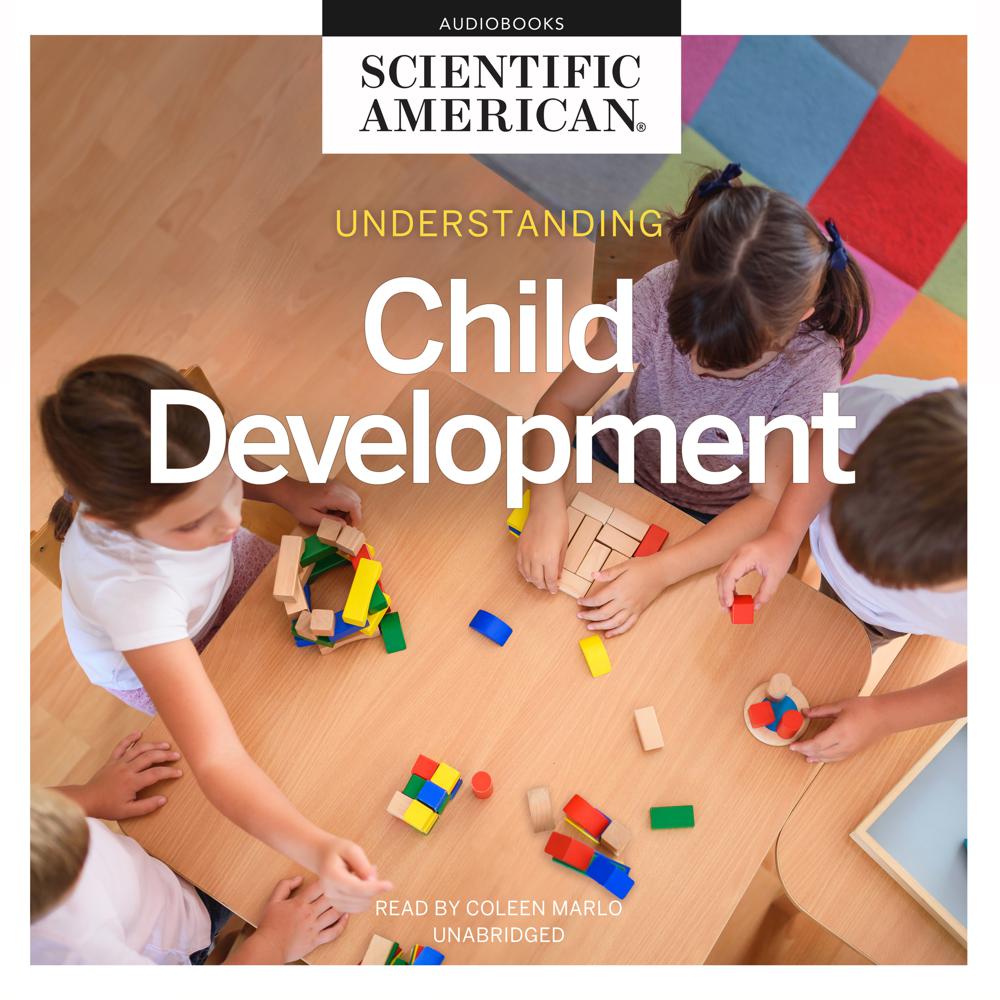 How exactly do children become the adults they were meant to be?

In this audiobook, Understanding Child Development, we investigate this profoundly complicated process from infancy through early childhood (the teenage years will be covered in a separate audiobook). Included in this collection are several seminal studies on infant cognition where researchers found evidence that many of our abilities are “pre-programmed.” For example, most human infants are able to judge depth as soon as they can crawl, suggesting that we are born with an ability to perceive falling-off places without having to go through the trial-and-error process. Section two looks at how we learn to communicate using both symbols and language, and examines the process that toddlers must go through to learn to discriminate between an object and a representation of that object, such as a photograph. With the ability to communicate comes social development, covered in section three. The fourth section focuses on developmental disorders, from ADHD to Down syndrome, autism, and less common diseases that are linked to faulty genomic imprinting.

Finally, we end with a section on parenting, which includes a Q&A on the evolutionary lessons of motherhood, and why cooperative parenting and community-based child-rearing is not only better for kids, but essential to their healthy development.