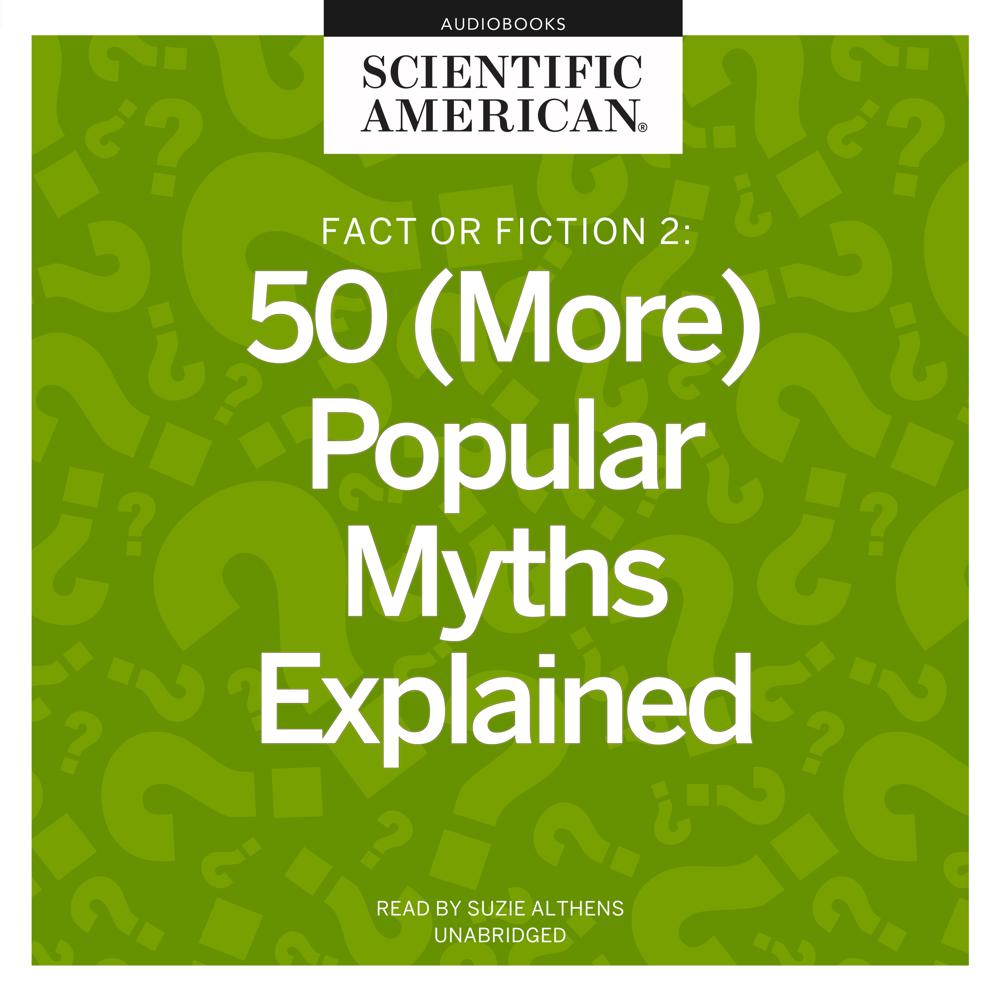 In it, we cast an analytical eye on another collection of urban lore and cultural myths that persist so long in our collective consciousness they acquire a ring of truth. Who hasn’t heard the “five-second rule,” which insists that food dropped on the floor is safe to eat if it’s picked up within five seconds? How many of us have been told by well-meaning relatives or friends to “feed a cold, starve a fever?”

Each article explores whether science can back up these and forty-eight other long-standing claims on a variety of topics including mind and brain, health and body, food, sustainability, and more. In some cases, such as whether a “base tan” protects against sunburn or people swallow eight spiders a year while they sleep, the explanation is relatively brief. Others, including whether diets work or if divorce is bad for children, require a little more digging. Either way, the science behind our mythology is surprising, fascinating, and—in the case of nocturnal spider-eating—reassuring.