Somebody in Boots
Nelson Algren 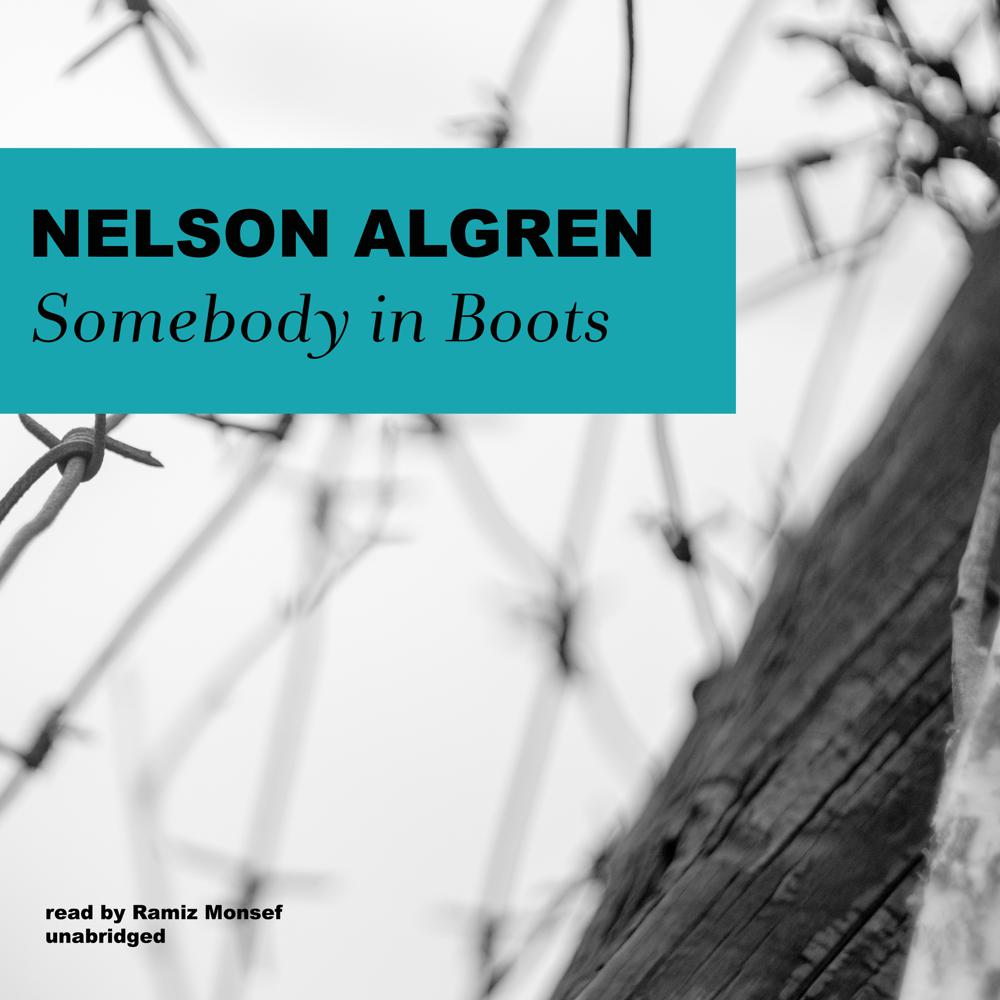 Nelson Algren was a renowned writer, known for his penetrating and influential social novels such as The Man With the Golden Arm and A Walk on the Wild Side. Originally published in 1935, Somebody in Boots was Algren’s first novel, based on his experiences living in Texas during the Great Depression. A wonderful companion to Steinbeck’s The Grapes of Wrath, this new edition of Somebody in Boots features an introduction by Colin Asher, who has written a new biography of Algren.

“Ramiz Monsef gives a spirited narration of Algren’s first novel, published in 1935. Set in Depression-era Texas, this semiautobiographical work concerns the journey of Cass McKay from his home on the Rio Grande in West Texas to Chicago and his interactions there with those who are deep in the underbelly of society. Monsef’s voice is amazingly versatile, and he displays great skill in giving the numerous characters consistent and credible voices. He delivers narrative just as consistently, sometimes at a quick clip. But he is always understandable and appropriately expressive. All in all, Monsef’s performance is a nice match of voice and the brutal life depicted in the text.”