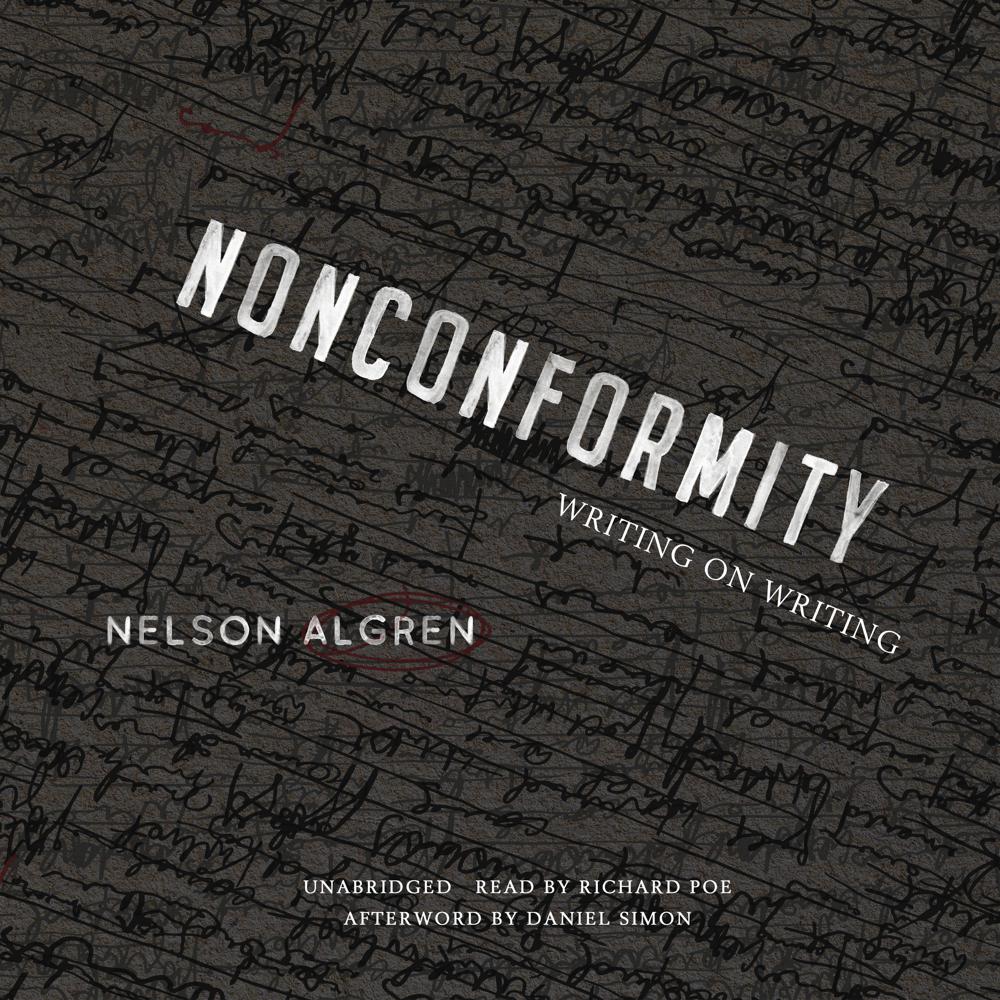 The struggle to write with deep emotion is the subject of this extraordinary book, the previously unpublished credo of one of America’s greatest twentieth-century writers.

“You don’t write a novel out of sheer pity any more than you blow a safe out of a vague longing to be rich,” writes Nelson Algren in his only longer work of nonfiction, adding: “A certain ruthlessness and a sense of alienation from society is as essential to creative writing as it is to armed robbery.”

Nonconformity is about twentieth-century America: “Never on the earth of man has he lived so tidily as here amidst such psychological disorder.” And it is about the trouble writers ask for when they try to describe America: “Our myths are so many, our vision so dim, our self-deception so deep and our smugness so gross that scarcely any way now remains of reporting the American Century except from behind the billboards … [where there] are still … defeats in which everything is lost [and] victories that fall close enough to the heart to afford living hope.”

In Nonconformity, Algren identifies the essential nature of the writer’s relation to society, drawing examples from Dostoevsky, Chekhov, Twain, and Fitzgerald, as well as utility infielder Leo Durocher and legendary barkeep Martin Dooley. He shares his deepest beliefs about the state of literature and its role in society, along the way painting a chilling portrait of the early 1950s, Joe McCarthy’s heyday, when many American writers were blacklisted and ruined for saying similar things to what Algren is saying here.

“Readers will find much that bears thought in this wise, courageous, and humane book.”

“A typically refreshing breath of cigarette-smoke-filled air from one of our most underrated writers.”