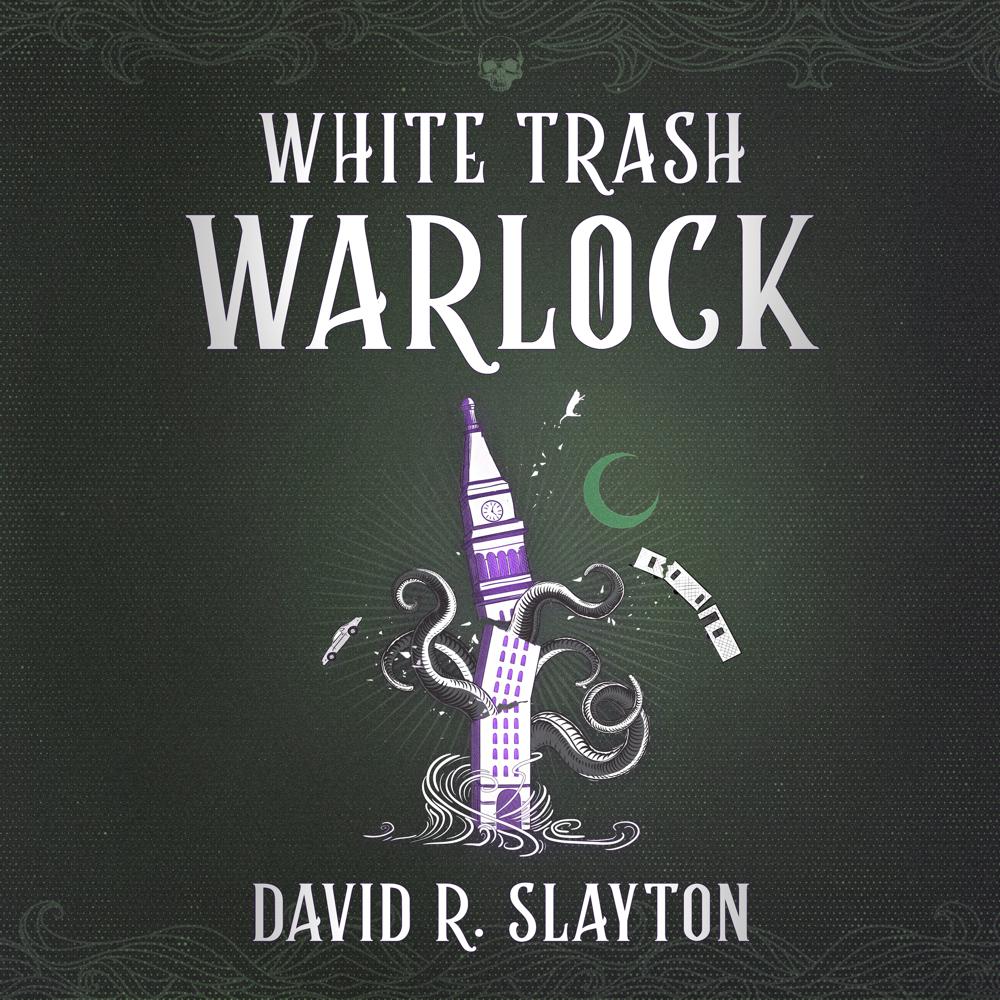 Not all magicians go to schools of magic.

Adam Binder has the Sight. It’s a power that runs in his bloodline: the ability to see beyond this world and into another, a realm of magic populated by elves, gnomes, and spirits of every kind. But for much of Adam’s life, that power has been a curse, hindering friendships, worrying his backwoods family, and fueling his abusive father’s rage.

Years after his brother, Bobby, had him committed to a psych ward, Adam is ready to come to grips with who he is, to live his life on his terms, to find love, and maybe even use his magic to do some good. Hoping to track down his missing father, Adam follows a trail of cursed artifacts to Denver, only to discover that an ancient and horrifying spirit has taken possession of Bobby’s wife.

It isn’t long before Adam becomes the spirit’s next target. To survive the confrontation, save his sister-in-law, and learn the truth about his father, Adam will have to risk bargaining with very dangerous beings … including his first love.

“White Trash Warlock is wild and weird and way too much fun. Dark, funny, and full of devious twists. Highly recommended!”

“This book is bad-ass! Inventive, exciting, and starring one of the most charming fantasy characters I have ever read about, White Trash Warlock is easily one of my new favorite books. It’s addictive, fun and the world-building is perfect. David R. Slayton is definitely an author to watch.”

“Slayton makes a splash with this urban fantasy debut starring a broke, gay wizard living in an Oklahoma trailer park…The complex worldbuilding, well-shaded depictions of poverty, emotional nuance, and thrilling action sequences make this stand out. Slayton is sure to win plenty of fans.”

“A novel like this is exactly why the Urban Fantasy genre has staying power. Look at what David R. Slayton did: he turned the usual tropes on their ass, and created an amazing, fresh story. A rural setting; relatable paycheck-to-paycheck characters; strong LGBT+ representation…It’s an exceptional debut. We need more books like this.”

“Edgy and addicting, David R. Slayton’s stunning debut will grab hold of you and knock you around just because it can. But before it’s all over, it’ll leave you breathless and begging for more. His wonderfully creative world is chock full of all manner of supernatural beings and a protagonist you can’t help but adore. I’m so impressed! This story is razor sharp so, yes, read it with caution, but read it!”

“This contemporary fantasy is a smashing debut for David R. Slayton and, happily, the first in a planned series.”

“White Trash Warlock is one helluva ride! Adam Binder is a compelling, deeply relatable protagonist, and the journey he leads us on is dazzling and wonderfully original. What David R. Slayton does with class, sexuality, race, and magic creates an immersive world I didn’t want to leave. Kudos!”

“Slayton’s book gathers up pretty much every modern fantasy trope, turns them upside down, and shakes them…The elves who show up would have Tolkien rolling in his grave, which is my highest endorsement, and the LGBTQIA+ rep is all around outstanding.”

“First of all, I am blown away by this story of all things supernatural and what borders our reality. Couldn’t put it down. The supernatural beings were true to form, while adding a wonderful layer of personality and believable motivations and culture to each race. Not to mention the story held surprises to the last page. Well written, pulls you in, and keeps you guessing.”

“This is a really interesting, smooth ride of a novel. I enjoyed the unique backwater setting, and the exploration of characters we rarely get to see: the titular ‘white trash,’ that is. Adam is adorable and relatable, and I don’t think I’ve seen a protagonist gay dude witch/wizard in a while, or ever. The plot moves pretty quickly, and the fluid writing skillfully moves the reader along. Excited to see where Slayton goes next.”

“This is not just a book with a LGBTQ+ protagonist, it is a well-written story with a LGBTQ+ protagonist, so much so that thoughts of gender orientations are secondary to the overall feeling of the book. Dark, haunting, lyrical, and innovative, beautiful and heartfelt, White Trash Warlock by David R. Slayton is crafted like something rarely seen in the world of urban fantasy: he’s given the reader something unique, which is rare and wonderful treat.”

“David R. Slayton knocks this debut out of the park with a brilliant, emotional, clever, and original story that will tug at your heart, tickle your funny bone, and send you on a whirlwind journey…This highly emotional debut puts a fresh spin on urban fantasy, magic, and fairies with this unique world that Slayton draws you into. White Trash Warlock is a must-have book that will make you savor every moment spent with Adam, addicted to a rich world of magic, and enjoy time spent with the characters.”