What We've Lost Is Nothing
Rachel Louise Snyder 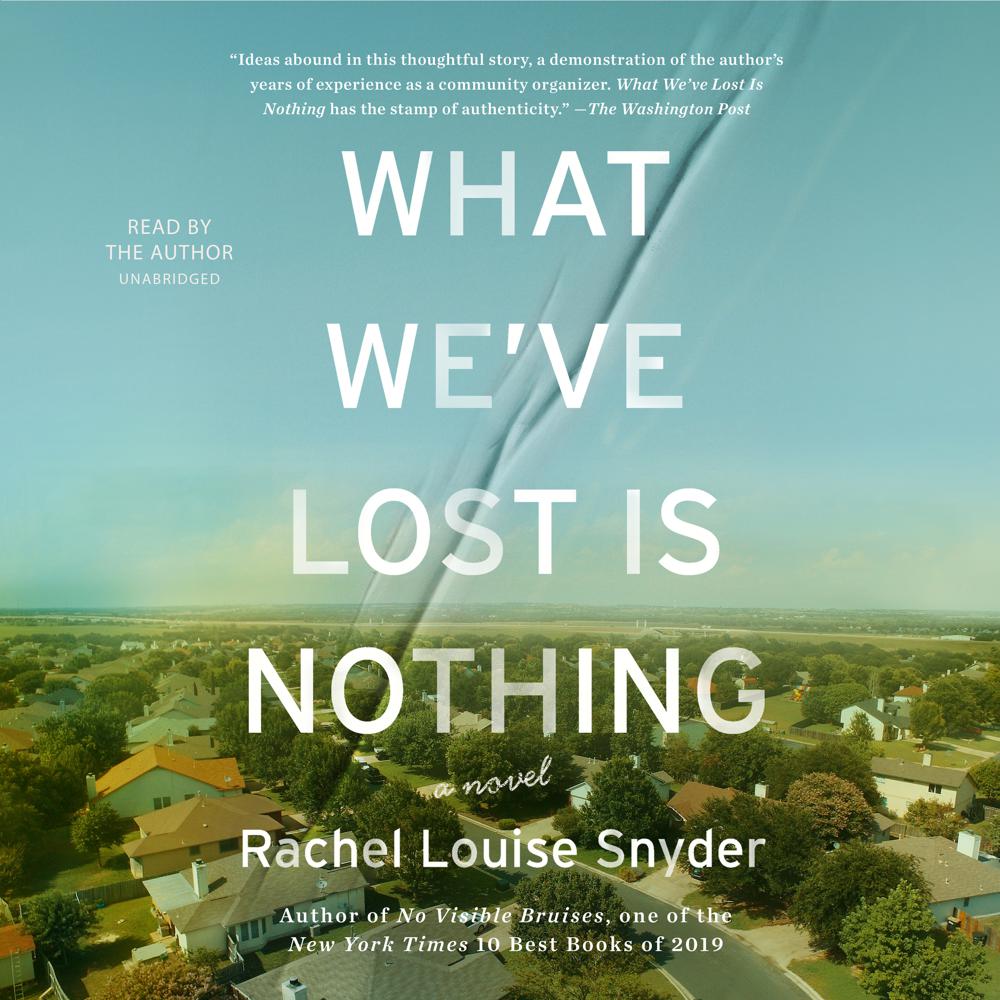 In her “keenly observed” (Minneapolis Star Tribune) debut, Rachel Louise Snyder, author of the award-winning No Visible Bruises, chronicles the twenty-four hours following a mass burglary in a Chicago suburb and the suspicions, secrets, and prejudices that surface in its wake.

Nestled on the edge of Chicago’s gritty west side, Oak Park is a suburb in flux. To the west, theaters and shops frame posh houses designed by Frank Lloyd Wright. To the east lies a neighborhood still recovering from urban decline. In the center of the community sits Ilios Lane, a pristine cul-de-sac dotted with quiet homes that bridge the surrounding extremes of wealth and poverty.

On the first warm day in April, Mary Elizabeth McPherson, a lifelong resident of Ilios Lane, skips school with her friend Sofia. As the two experiment with a heavy dose of ecstasy in Mary Elizabeth’s dining room, a series of home invasions rocks their neighborhood. At first the community is determined to band together, but rising suspicions soon threaten to destroy the world they were attempting to create.

Filtered through a vibrant pinwheel of characters, Snyder’s tour de force evokes the heightened tension of a community on edge as it builds toward one of the most explosive conclusions in recent fiction. Incisive and panoramic, What We’ve Lost Is Nothing illuminates the evolving relationship between American cities and their suburbs, the hidden prejudices that can threaten a way of life, and the redemptive power of tolerance in a community torn asunder.

“Snyder writes with the rigorous scrutiny of an investigative journalist and the deep and roving empathy of a natural-born novelist. What We’ve Lost is Nothing is a stellar debut by an important and necessary new voice among us.”

"Ideas abound in this thoughtful story, a demonstration of the author’s years of experience as a community organizer. What We’ve Lost Is Nothing has the stamp of authenticity.”

“Snyder’s portrayal of the disintegration of this one quiet block is masterful.”

“Snyder’s debut is smooth and engaging and reads like the work of a veteran novelist.”

“Boldly tackles the heady themes of prejudice, self-preservation, poverty, and privilege…[and] deftly underscored by a steady drumbeat of denial and discontent.”

“This book is stunning and so incredibly relevant.”