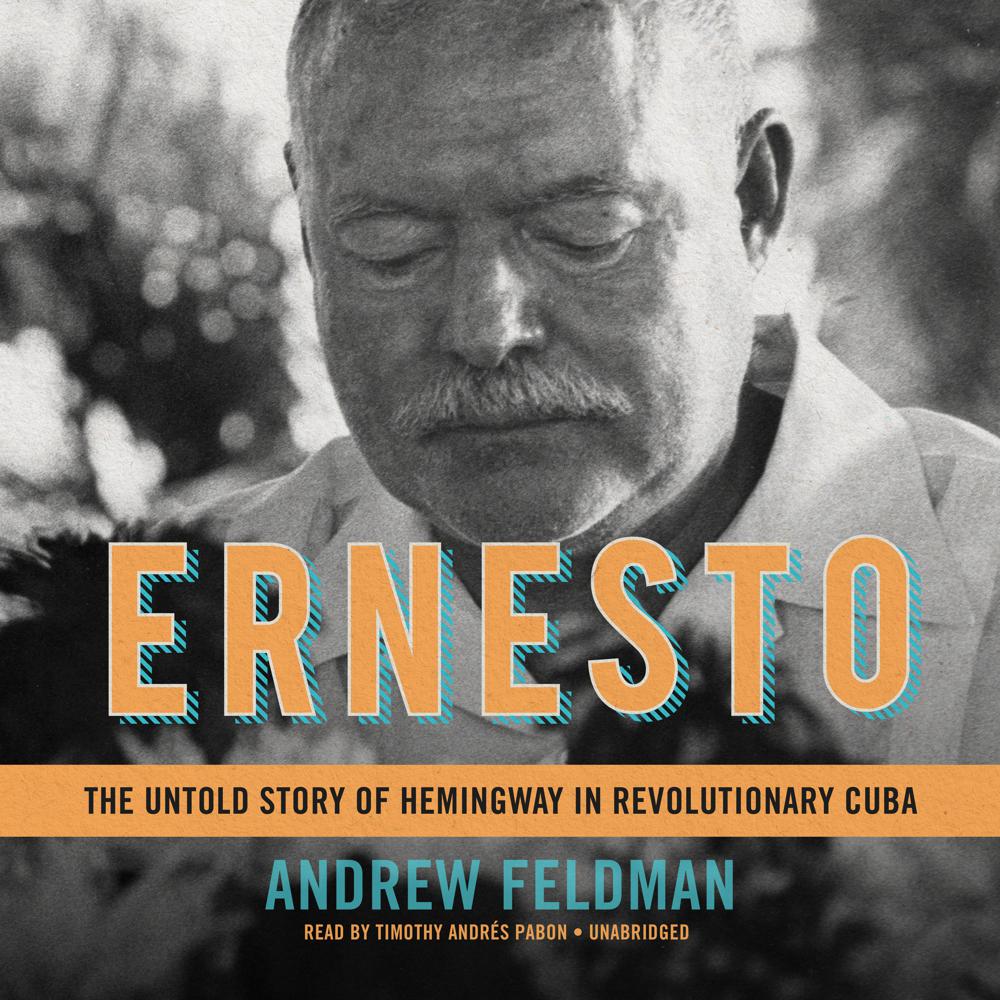 From the first North American scholar permitted to study in residence at Hemingway’s beloved Cuban home comes a radically new understanding of “Papa’s” life in Cuba.

Ernest Hemingway first landed in Cuba in 1928. In some ways he never left. After a decade of visiting regularly, he settled near Cojímar—a tiny fishing village east of Havana—and came to think of himself as Cuban. His daily life among the common people there taught him surprising lessons, and inspired the novel that would rescue his declining career. That book, The Old Man and the Sea, won him a Pulitzer and, one year later, a Nobel Prize. In a rare gesture of humility, Hemingway announced to the press that he accepted the coveted Nobel “as a citizen of Cojímar.”

In Ernesto, Andrew Feldman uses his unprecedented access to newly available archives to tell the full story of Hemingway’s self-professed Cuban-ness: his respect for Cojímar fishermen, his long-running affair with a Cuban lover, the warmth of his adoptive Cuban family, the strong influences on his work by Cuban writers, his connections to Cuban political figures and celebrities, his denunciation of American imperial ambitions, and his enthusiastic role in the revolution.

With a focus on the island’s violent political upheavals and tensions that pulled Hemingway between his birthplace and his adopted country, Feldman offers a new angle on our most influential literary figure. Far from being a post-success, pre-suicide exile, Hemingway’s decades in Cuba were the richest and most dramatic of his life, and a surprising instance in which the famous American bully sought redemption through his loyalty to the underdog.

“Andrew Feldman’s readable Ernesto helps to extend our knowledge of Hemingway’s complex relationship with his adopted second homeland of Cuba.”