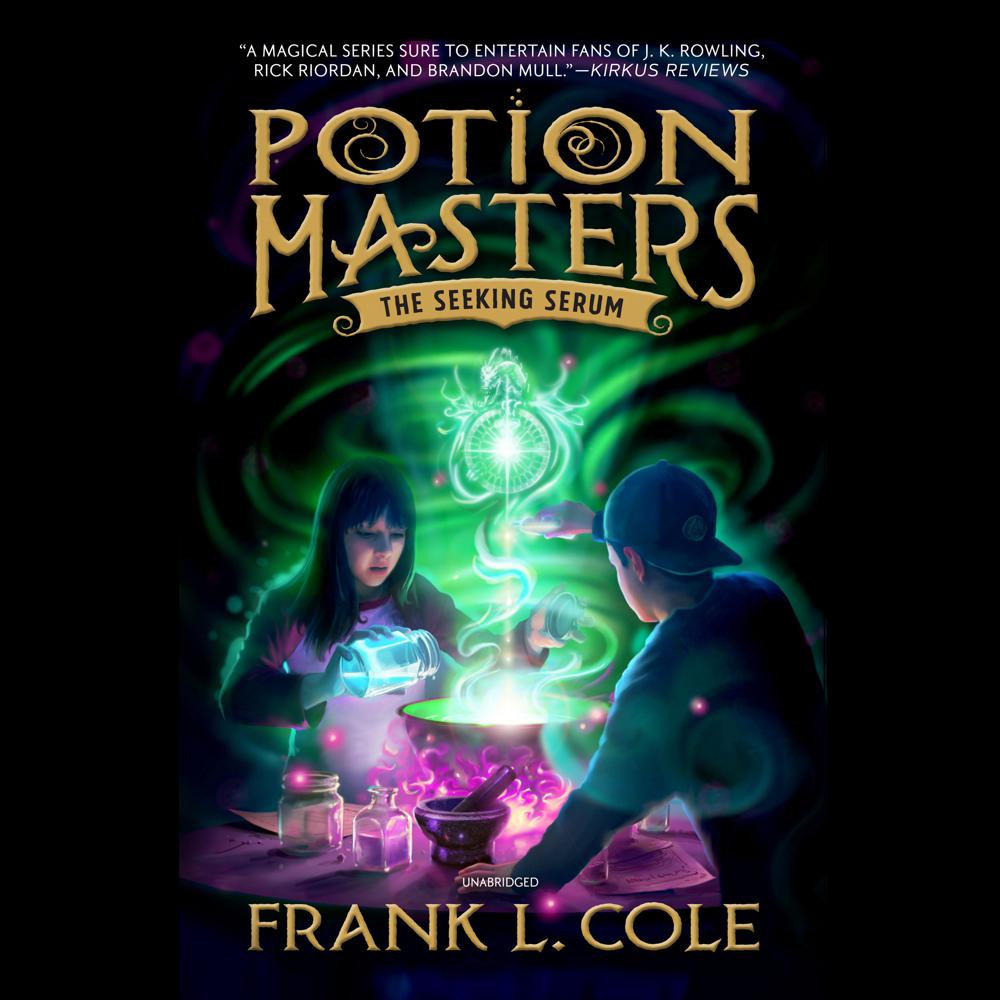 In the final adventure in the thrilling Potion Masters trilogy, four young members of B.R.E.W., a secret society of elixirists responsible for most of the greatest inventions in history, will battle a covert organization determined to overthrow the potion-making community and control the world.

Gordy’s grandfather, Mezzarix, who is a powerful, evil elixirist, stole the Vessel, the source of power for all potion masters. He fled to Florida to establish a headquarters, declare his manifesto—No More Prisons. No More Rulers. No More Secrets—and launch his final attack. Gordy, an apprentice elixirist, has been hiding in a safe house with his family and friends, but his mom has become increasingly concerned for their safety. Despite her worries, Gordy and his friends enter the underground network known as the Swigs, a haven for renegade potion masters and black-market potions to secure support in the fight against Mezzarix.

Scourges, the name given to potion masters imprisoned by B.R.E.W. but who have recently been freed by Mezzarix, attack the Swigs, and Gordy barely escapes with this life. He has to leave his family behind. He heads to the house of his best friend, Max, where his other friends, Sasha and Adilene, join him in making a plan to help find Mezzarix’s secret location.

As the fight intensifies between B.R.E.W. and the Scourges, it falls to Gordy and his friends to find Mezzarix and prevent him from corrupting the Vessel, which would plunge the world back into the Dark Ages. With some help from new friends, Gordy realizes it will take a new way of thinking about magic and the art of brewing potions in order to stop his grandfather, save the world, and unite the potion-making community.

The world of Potion Masters is full of fantasy and adventure as Gordy and his friends learn the power of friendship and loyalty, and to trust in their own individual talents.