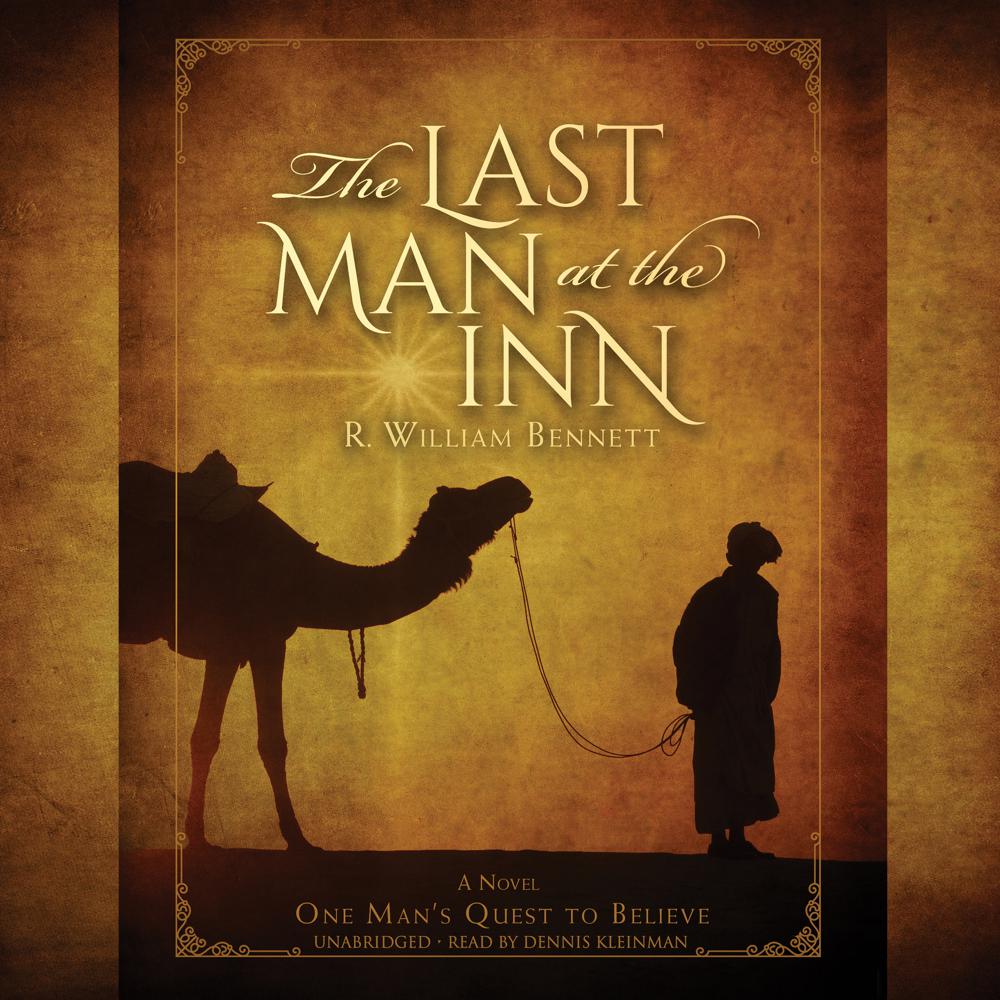 Bestselling author R. William Bennett imagines how a contemporary of Jesus, Simon, an ordinary spice merchant and a Jew without deeply felt religious beliefs, begins his lifelong journey as one of the first new Christians as his life intersects with Jesus at the major milestones of his life and ministry.

From the very beginning, Simon is on the scene on the eve of Jesus’s birth. He is the last man to get an available room at the inn in Bethlehem, forcing Joseph and Mary to be turned away upon their arrival. Later that night, unable to sleep, Simon stumbles upon a group huddled around a cave, solemnly watching the miracle of a newborn babe in a stone manger and immediately recognizes the couple from the inn. Gazing upon the scene, he feels something of spiritual significance: peaceful, holy, sacred. The next day, he hears rumors in the marketplace of a holy birth which is the fulfillment of an ancient prophecy: the promised Messiah of the Jewish people. Simon wonders if that was what he witnessed.

As listeners, we walk with Simon as he witnesses Jesus’s revolutionary teachings like the Sermon on the Mount. Simon also hears testimonies of Jesus’s miracles, and watches his own eldest son embrace the new covenant after witnessing John baptize Jesus, an act which signals the beginning of Jesus’s ministry, which paves the way for a new people of God.

Simon feels blessed to have his family, but he doesn’t understand why others are searching for deeper faith and connection to God. Still questioning and unsure, he spends his life determined to find out if Jesus truly is the son of God, the promised Messiah. Eventually, Simon travels to Jerusalem as the popularity of Jesus’s ministry catches the attention of those in power.

By the time he arrives in Jerusalem, he discovers that Jesus has been tried and convicted of treason in a Roman court and is sentenced to death by crucifixion. After a life of following Jesus from a distance, Simon is now walking the streets of Jerusalem with him. At a critical moment, Simon steps out from the crowd to help Jesus ease the burden of carrying the cross, symbolically pledging himself to ease the burden of humankind by spreading the word of Jesus as a new true Christian believer.

In the aftermath of Jesus’s death, Simon’s family thinks that the new ministry is now over. But it’s a true test of faith believing in the certainty of what is unseen, and in a week’s time, Jesus’s followers encounter him risen from the dead. In this moment of Jesus’s resurrection, Simon is ready. His faith, built steadily on the bedrock of Jesus’s teachings, love of God, and love of one’s neighbor moves him to dedicate himself to a new mission, declaring we have work to do.

“Not just a Christmas book, The Last Man at the Inn is the story of a man who is experiencing a crisis of faith and his path to conversion. Beautifully told with a surprise ending.”

“Enchanting…Fans of Mesu Andrews will love this earnest exploration of Simon of Cyrene’s struggle with faith.”

“The Last Man at the Inn is a wonderful invitation to look at Christ’s birth, life, and death through new eyes. I appreciate William Bennett’s timely reminder that true disciples come to Christ and stay.”