Where There's a Will
Mary Roberts Rinehart 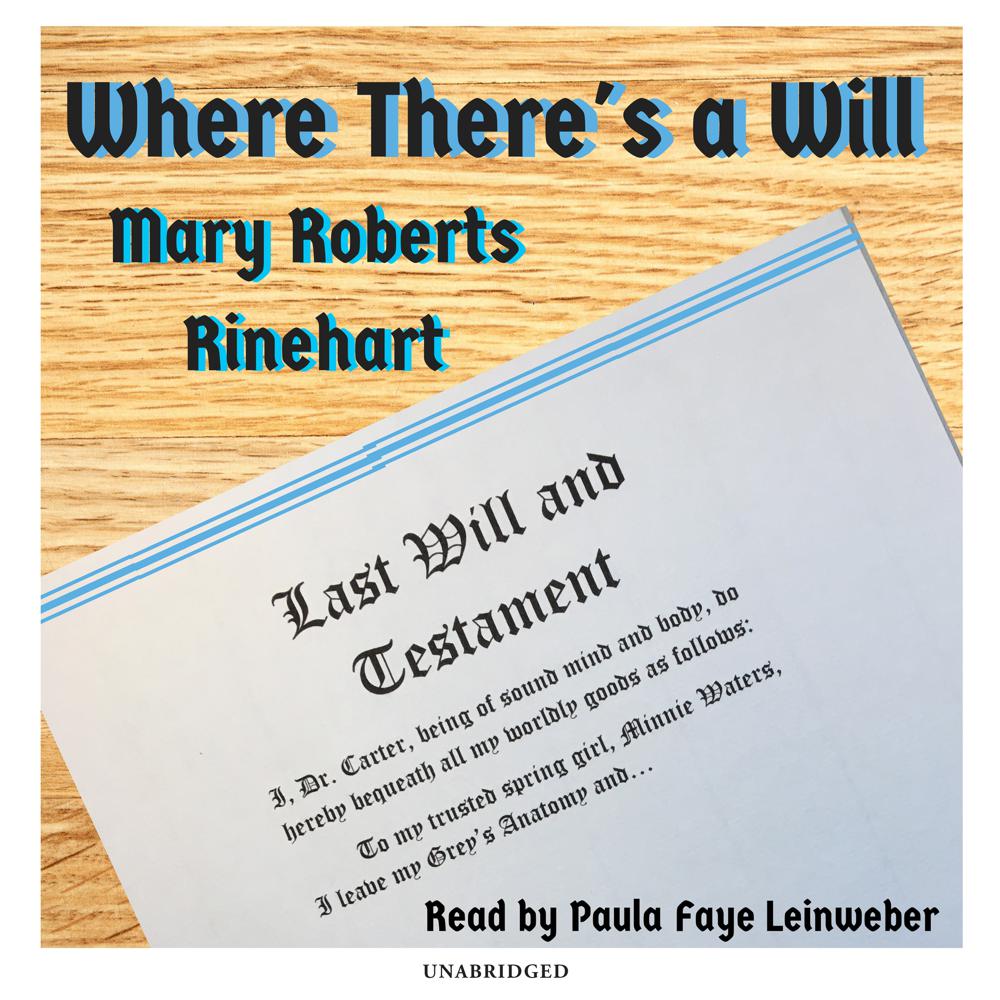 Where There’s a Will is Mary Roberts Rinehart’s hilarious comedy involving a health spa, an heir, a would-be princess, and an impostor. The story is told by Minnie, who has essentially run the spa for years and inherited the care of its famous spring from her father. When the old doctor dies and leaves the Hope Springs Spa to his near-do-well grandson with the stipulation that he live on premises for two months in order to inherit, the grandson is nowhere to be found. So Minnie tries to save the spa by enlisting the help of family and friends to trick the lawyer and keep the spa running.