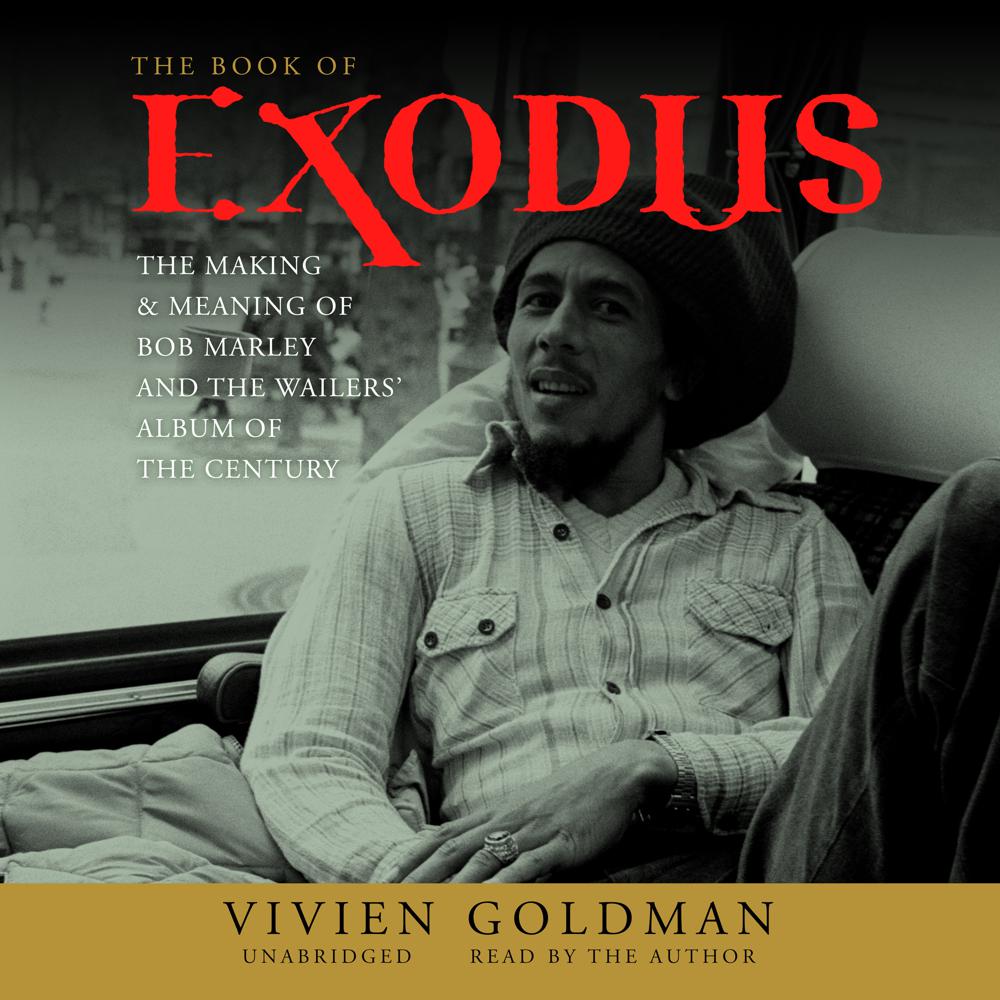 Here is an unforgettable portrait of Bob Marley and an acutely perceptive appreciation of his musical and spiritual legacy.

Reggae superstar Bob Marley is one of the world’s most important and influential artists. Exodus, named by Time magazine as “Album of the Century,” is Bob Marley’s masterpiece of spiritual exploration. Recorded in London after an assassination attempt on his life sent Marley into exile from Jamaica, Exodus is the most lasting testament to his social conscience.

Vivien Goldman was the first journalist to introduce mass white audiences to the Rasta sounds of Bob Marley. Throughout the late 1970s, Goldman was a fly on the wall as she watched reggae grow and evolve, and she charted the careers of many of its superstars, especially Bob Marley. So close was Vivien to Bob and the Wailers that she was a guest at his Kingston home just days before gunmen came in a rush to kill “The Skip.” Now, in The Book of Exodus, Goldman chronicles the making of this album, from its conception in Jamaica to the raucous but intense all-night studio sessions in London.

But The Book of Exodus is so much more than a making-of-a-record story. This remarkable book takes us through the history of Jamaican music and Marley’s own personal journey from the Trench Town ghetto to his status as global superstar, as well as Marley’s deep spiritual practice of Rastafari and the roots of this religion. Goldman also traces the biblical themes of the Exodus story and its practical relevance to us today, through various other art forms, leading up to and culminating with Exodus.

Never before has there been such an intimate, first-hand portrait of Marley’s spirituality, his political involvement, and his life in exile in London, leading up to his triumphant return to the stage in Jamaica at the Peace Concert of 1978.

“Goldman thoroughly examines what Time proclaimed album of the twentieth century, Bob Marley’s Exodus…Since Goldman accepts at face value Marley’s belief in dream communication and prophecy, his fans will be rewarded by a satisfying heavy dose of the ‘Natural Mystic’ philosophy of Rastafarianism, too. Excellent insight into the genesis of a transporting piece of music.”

“Goldman is undeniably as intrepid and insightful as music journalists come—and this effort clearly required every ounce of her talent…This is no pop music hagiography but a brimming, tightly constructed examination not just of Marley’s life and music but of human nature itself and the struggle for freedom. The more casual fans of Marley may not follow; those who do will see deeper into the man and his music than ever before.”

“Vivien Goldman is a soldier who understood where we were coming from with our music and spread the message with her writing. She is on the Zion Train.”

“Finely reported, vividly written, and politically astute, Vivien Goldman travels with Bob Marley on the intimate journey that led him to become the voice of the Exodus. A fundamental human conflict, Exodus expresses the eternal quest for land, identity, and in Marley’s case, a quest for harmony.”