Why They Marched
Susan Ware 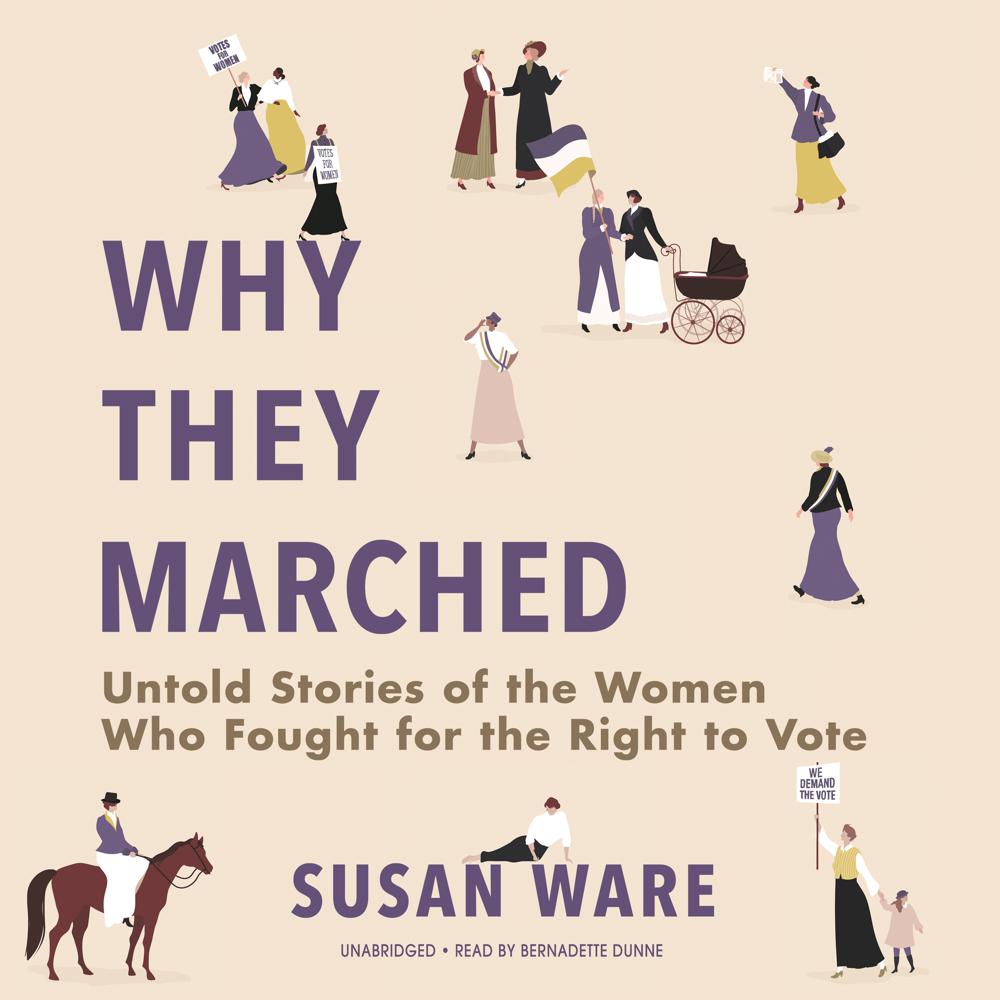 Looking beyond the national leadership of the suffrage movement, an acclaimed historian gives voice to the thousands of women from different backgrounds, races, and religions whose local passion and protest resounded throughout the land.

For far too long, the history of how American women won the right to vote has been told as the tale of a few iconic leaders, all white and native-born. But Susan Ware uncovered a much broader and more diverse story waiting to be told. Why They Marched is a tribute to the many women who worked tirelessly in communities across the nation, out of the spotlight, protesting, petitioning, and insisting on their right to full citizenship.

Ware tells her story through the lives of nineteen activists, most of whom have long been overlooked. We meet Mary Church Terrell, a multilingual African American woman; Rose Schneiderman, a labor activist building coalitions on New York’s Lower East Side; Claiborne Catlin, who toured the Massachusetts countryside on horseback to drum up support for the cause; Mary Johnston, an aristocratic novelist bucking the Southern ruling elite; Emmeline B. Wells, a Mormon woman in a polygamous marriage determined to make her voice heard; and others who helped harness a groundswell of popular support. We also see the many places where the suffrage movement unfolded―in church parlors, meeting rooms, and the halls of Congress, but also on college campuses and even at the top of Mount Rainier. Few corners of the United States were untouched by suffrage activism.

Ware’s deeply moving stories provide a fresh account of one of the most significant moments of political mobilization in American history. The dramatic, often joyous experiences of these women resonate powerfully today, as a new generation of young women demands to be heard.

“Ware’s excellent compendium expertly shows there are new ways to tell the suffrage story…A must-read for those interested in women’s and American history.”

“Ware does a wonderful job of highlighting people and subjects often passed over…A broad and detailed look at the movement.”

“Susan Ware’s lively and delightful book zooms in on the faces in the crowd to help us understand both the depth and the diversity of the women’s suffrage movement.”

“This entertaining and lively history of the women’s suffrage movement is full of surprises…What a fresh take on the traditional narrative.”

“Susan Ware’s book should be required reading for anyone who cares about our democracy and has forgotten how hard women had to fight.”