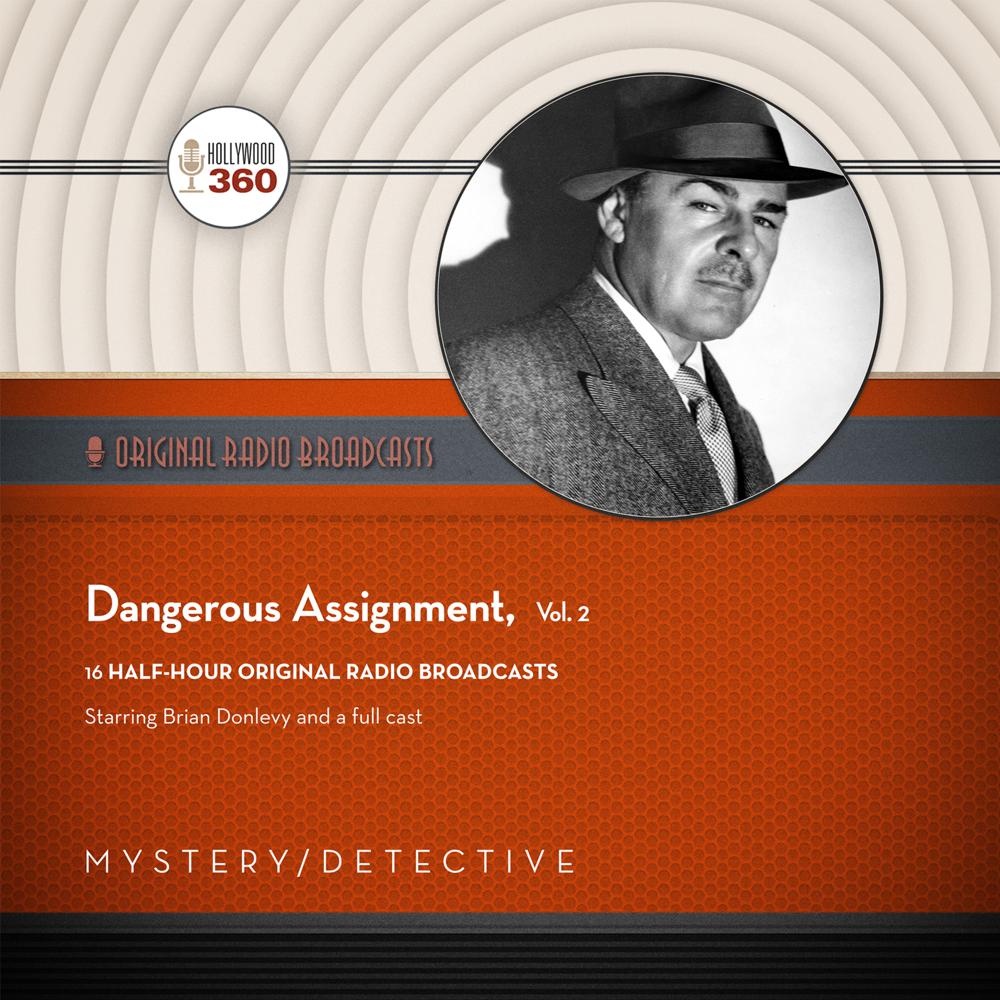 Brian Donlevy stars as US government secret agent Steve Mitchell, who spans the globe troubleshooting for our country.

In 1949, NBC brought mustachioed Irish-American actor Brian Donlevy to the radio microphones as international troubleshooter Steve Mitchell in the spy series Dangerous Assignment. Mitchell worked for an unnamed US government intelligence agency whose boss, The Commissioner, dispatched him to world trouble spots. Mitchell’s assignment was to solve problems in record time and in accordance with US interests.

The radio series lasted three seasons (1949–1953) due in part to Donlevy’s terrific performances and the mystique of the foreign locations and situations, which radio listeners could create in their theater of the mind. During its last year on radio, Donlevy formed a production company to convert the series to television, producing thirty-nine episodes for syndication. Enjoy sixteen exciting, half-hour radio adventures of globetrotting troubleshooter Steve Mitchell as he solves another Dangerous Assignment.