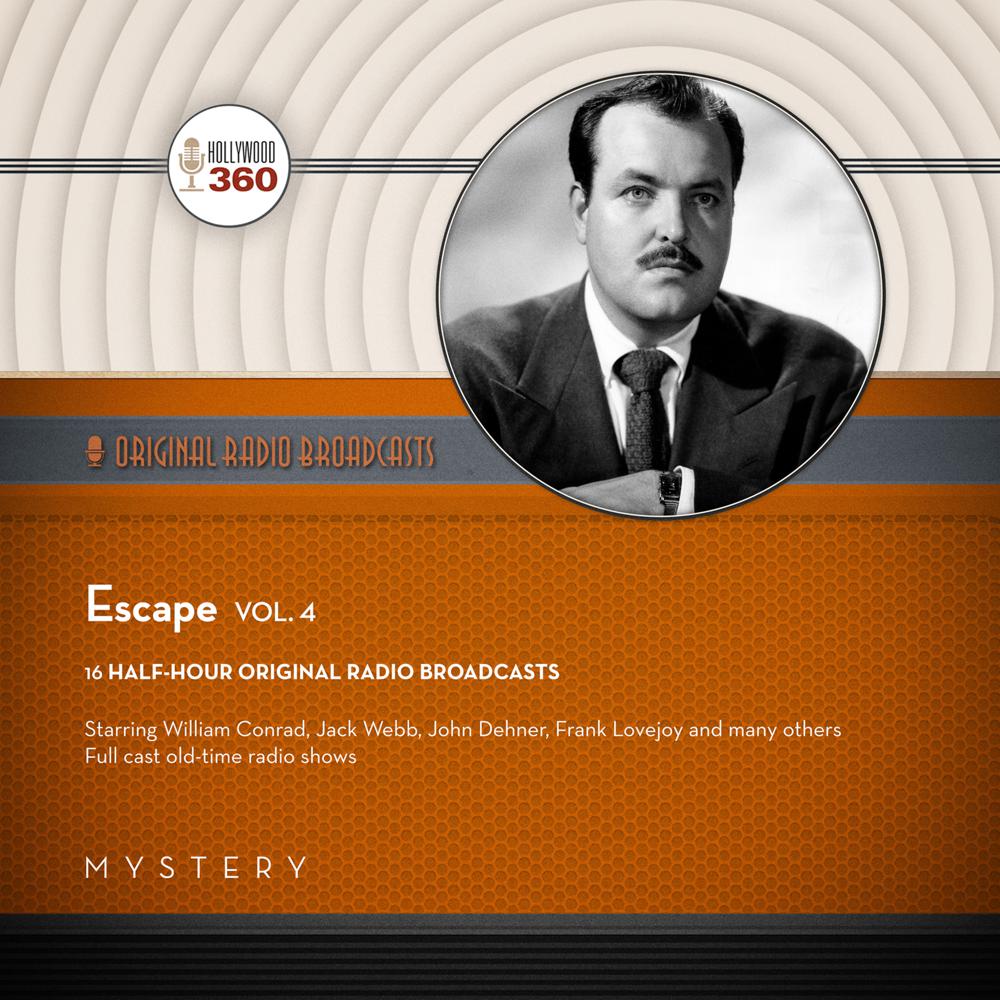 Tired of the everyday grind? Ever dream of a life of romantic adventure? Want to get away from it all? We offer you … Escape! Escape, designed to free you from the four walls of today for a half-hour of high adventure!

Escape was radio’s leading anthology series of mystery and high-adventure, airing on CBS from July 7, 1947 until September 25, 1954. The series’s well-remembered opening combined Mussorgsky’s Night on Bald Mountain with an introduction intoned by Paul Frees and/or William Conrad. Many story premises, both originals and adaptations, involved a protagonist in dire life-or-death straits.